It’s an uncommonly warm and sunny September morning in Stavanger, Norway. The locals go about their daily tasks as visitors stroll around the harbour taking in the picture-postcard prettiness of it all.

It’s not somewhere I had thought to explore, to be honest. It stands to reason that when you imagine a cruise around the Norwegian fjords, what first comes to mind is the lavish scenery resulting from eons of glacial activity. I suppose the notable exception to that image of wilderness splendour is the popular port of Bergen, with its famed rows of multi-coloured buildings and lively harbour.

But Stavanger, our last stop before sailing for home, turned out to be so much more than just the gateway town into Lysefjord and the world-famous Pulpit Rock, as I discovered during a walk around the centre. Modern-day Stavanger has a much more industrial core to it than you might think from the standard tourist brochures. Since the first oil field was discovered in the region back in 1969, it has developed into Europe’s foremost oil and energy hub, with the petroleum industry providing the primary source of income for the local population. But my walk this morning takes me a little further back in time…to an important change for the city during the 18th century.

On the west side of the small-but-perfectly-formed Vågen Harbour, a cluster of over 170 pretty white wooden cottages huddle up behind the quayside. These are the historic fishermen’s homes of Gamle (or Old) Stavanger town, the best preserved wooden house settlement in Europe. The emergence of a lucrative herring industry during the 1800s saw workers from nearby areas such as Ryfylke and the surrounding islands move in and settle here. That’s not so unusual in itself, after all people have always gone where the work is. What’s especially quirky about this workforce migration is that some of them brought their houses with them.

Being made of timber, the houses were easy to dismantle and transport in rowing boats – presumably over several journeys! Back then, the cottages were painted in bright primary colours such as yellow or red, not because it was fashionable, nor was it a bold declaration of status. Despite being in employment, these working-class families simply couldn’t afford white paint. Over time, prosperity blossomed and today these houses are coated almost exclusively in white. Their current owners clearly have a strong sense of pride and heritage, because the cottages, almost without exception, are beautifully presented and maintained.

I darted from the quayside into one of the side alleys and immediately found myself surrounded by relative stillness and a sense of calm. Bicycles leaned against wooden gates and cats either perched on narrow windowsills or sat resolutely on their haunches, proclaiming the courtyards and alleyways as their territory. Well-tended blooms wafted subtle aromas through the air and the cobbled paths seemed to echo the tread of tired limbs after a hard day’s work. 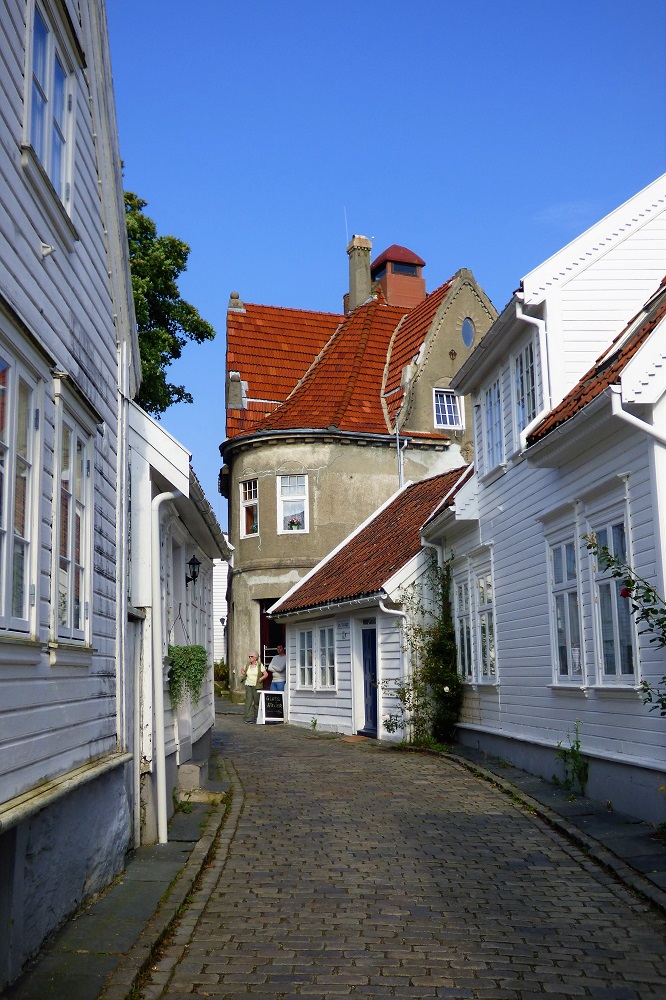 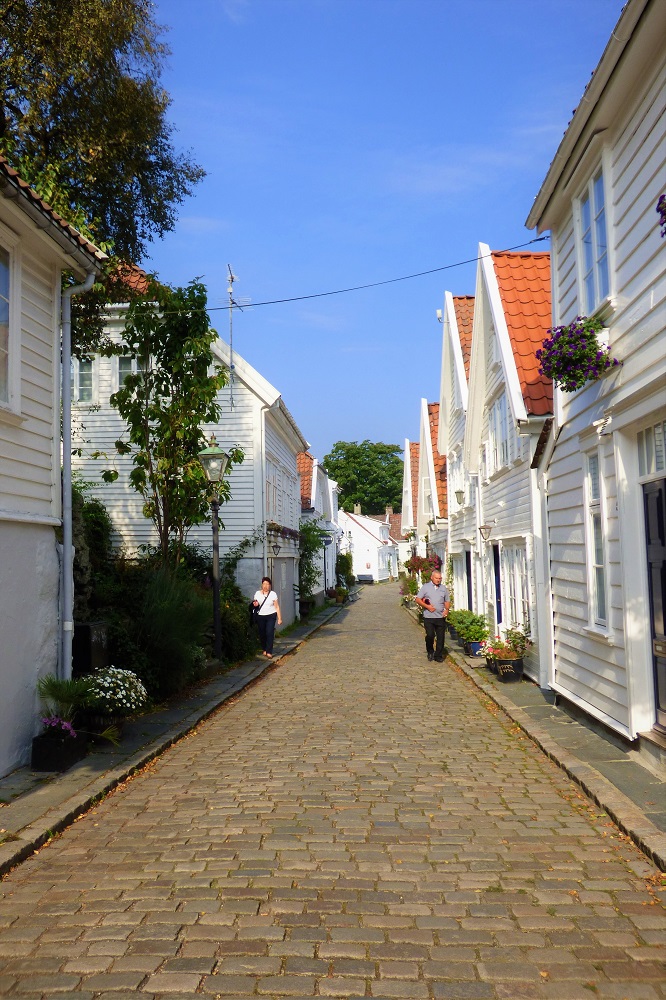 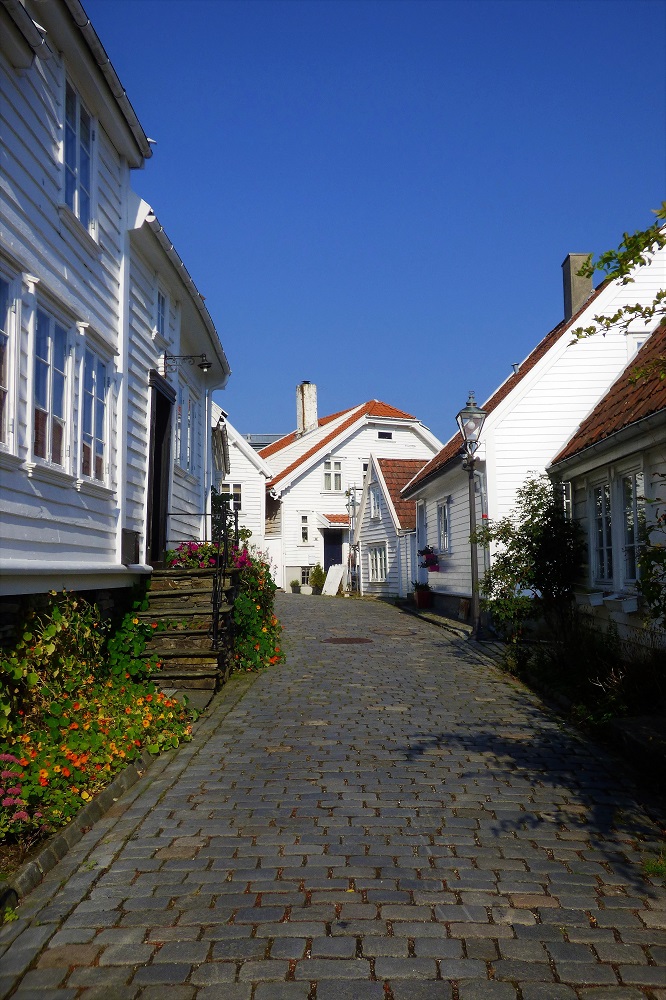 It was a reflective scene, broken only by the trespass of other visitors. As I continued to meander along lanes and down paths I happened across one of those lovely little surprises you can only wish for when you’re exploring a new place without any planning – the Norwegian Canning Museum.

I’ll grant you, it doesn’t sound all that appealing, but the name belies the fascinating history displayed in this marvellous little museum, housed in the grounds of a former canning factory. Up until the 1960s, the process of canning and distributing the plentiful fresh fish found in the surrounding seas provided the workforce with constant employment. It was Stavanger’s main trade and the key element in the town’s growth and significance. Today, that process is depicted in detail in the museum’s exhibits and original film reel, and you get a real sense of the working environment and conditions for the employees. Not only can you learn about the multi-step process – from salting, through smoking, and eventually onto packing – but on certain days the wood-burning ovens are fired up and you can sample delicious smoked sardines straight from the grid. The main museum also provides a rather quirky selection of souvenirs, some of which are only loosely connected to the fishing theme (see photo below!).

Next door there’s a restored worker’s cottage, originally built in regency style in the 1800s and now kitted out to represent the style of two distinct eras, the 1920s on the ground floor and the 1960s on the first floor. In the summer months the cottage doubles up as a café. I’m not usually a fan of gimmicky souvenirs… but these chocolate sardines made me smile.

These days, while the industrial heritage is proudly preserved, Old Stavanger is as much a hotbed of creativity, and as I continued my stroll it seemed as if every street had its own little art studio or craft shop nestled in a hidden corner or tucked away down an alley. I popped down into the basement of one studio, a glassware specialist, and explored some of the exhibits and items for sale. As this was my last stop before home, I was all out of funds to indulge in a purchase, but it’s this type of small, independent local outlet that visitors should support, because contributing to the local economy is one of the key ways to maintain or, better still, improve sustainability in a destination. It was time for me to move on and visit the rest of Stavanger city, and as I walked towards the nearby harbour I left behind 200 years of industrial heritage and a creative future, all bundled into the few lovingly cared-for streets of Old Stavanger. 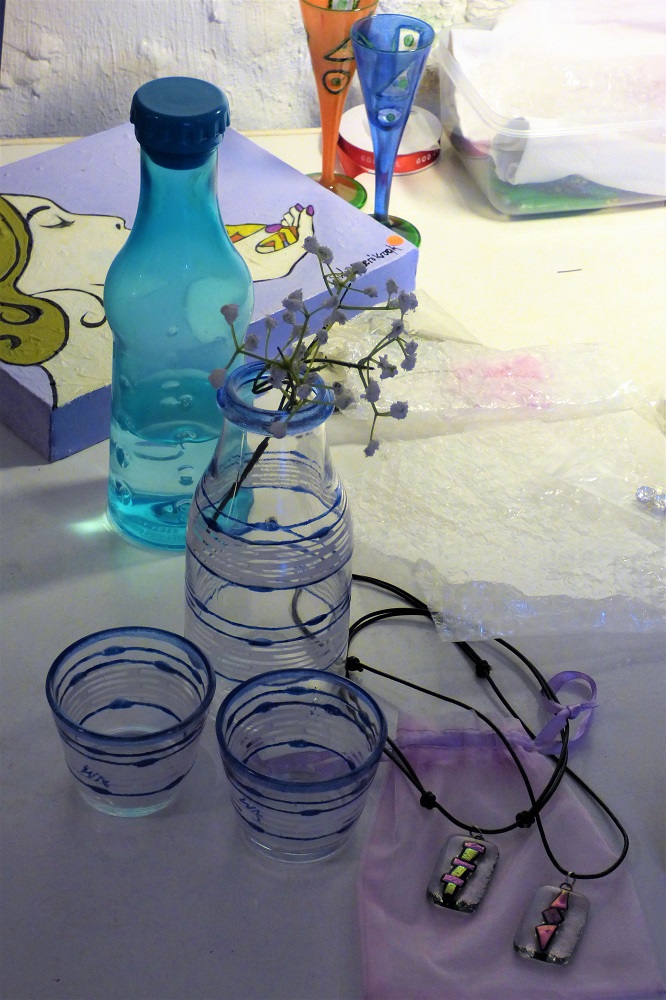 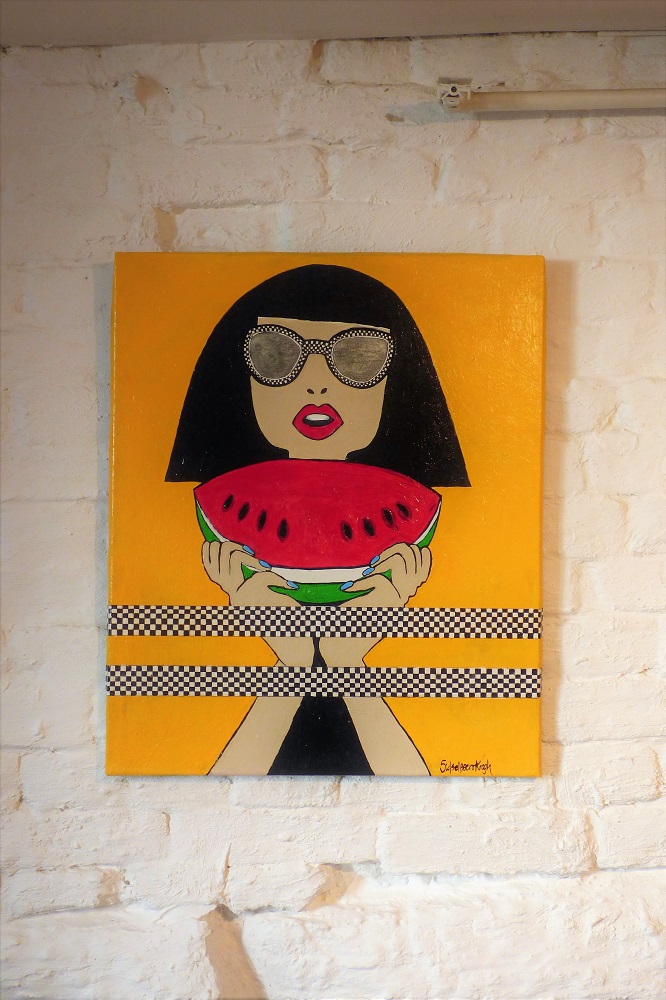 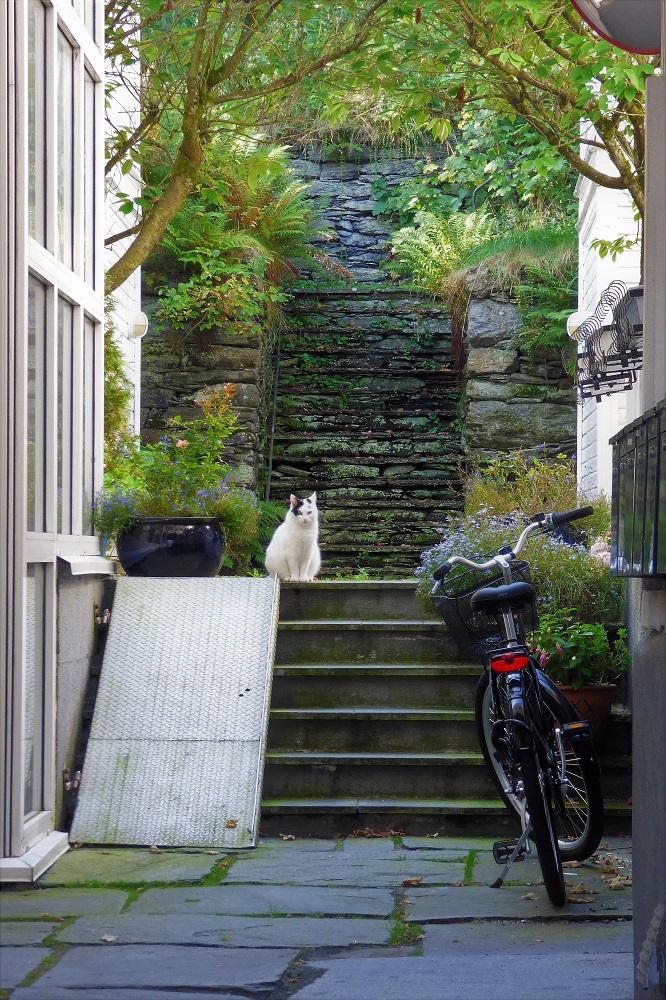 Summer Opening: (mid-May to mid-September) Open each day 10am – 4pm, until 7pm Thursday

Season and family tickets are also available. Guided tours in English can be arranged on request. The Museum is part of the MUST (Museums Stavanger) collective and your ticket will also grant you entry to as many of the other museums in this group as you can manage in a day.

For further information on Stavanger, including transport and accommodation, visit this website.

Disclosure: My visit to Stavanger was self-funded as part of a tour of the Norwegian Fjords. All opinions, as always, are my own.