The one time I attempted a round-the-world trip, a few years back, I spectacularly failed to complete it. When I say ‘spectacularly failed’, I mean circumstances outside my control forced me to reluctantly head home after just 4 months. And yet, almost every time I talk about that particular trip, I seem to skim past the months of adventure leading up to the moment when it all went wrong, focussing instead on the tale of why I didn’t make it. It’s almost as if the rest of the trip didn’t matter or mean anything.

But it’s not just the big things that make a journey memorable. The little things, silly things, unexpected things, funny things, weird things… even on a minor scale, they all count too. So here’s a little tribute to some of those other things that made this trip memorable, in celebration of journeys where the end result may not be quite what you planned.

First night of my world backpacking trip and I spent it in jail! An ex-jail to be more exact. My stay at the Celica Hostel in Ljubljana set a standard that is still hard to beat several years later. Original cells, individually decorated, now provide quirky but comfy accommodation and its unique history makes it one of those backpackers’ stopovers that you really shouldn’t miss if you’re passing through. It was the perfect way to start our round-the-world adventure. 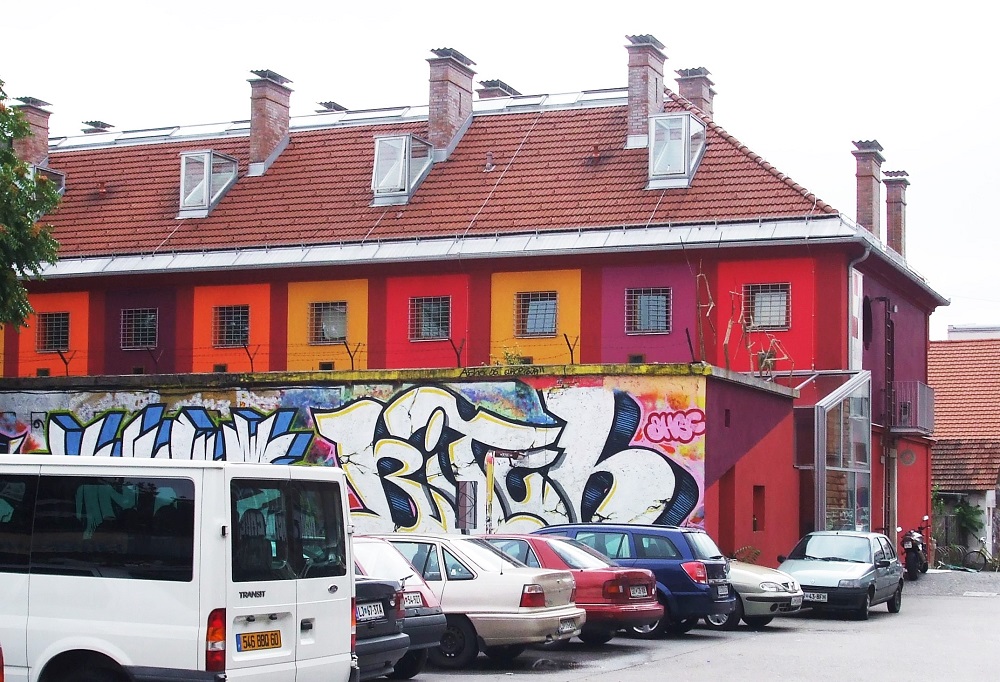 ‘You’ve got to go to Plitvice Lakes National Park!’ a friend had said excitedly, when I told him we’d be travelling through Croatia. I made no promises, as we wanted to keep our itinerary flexible. Ultimately, a brief detour to Plitvice was too tantalising an option to ignore, so off we went, and what we discovered was utterly magical. The park consists of a tumble of 16 terraced lakes interspersed with waterfalls, forest, limestone canyon, hiking trails and visitor walkways. It’s all higgledy-piggledy and almost feels like a film set from a fantasy film. Gorgeous, gorgeous, gorgeous.  More recently though, the park has been plagued by overcrowding, and its status as a UNESCO World Heritage status is purportedly under threat. 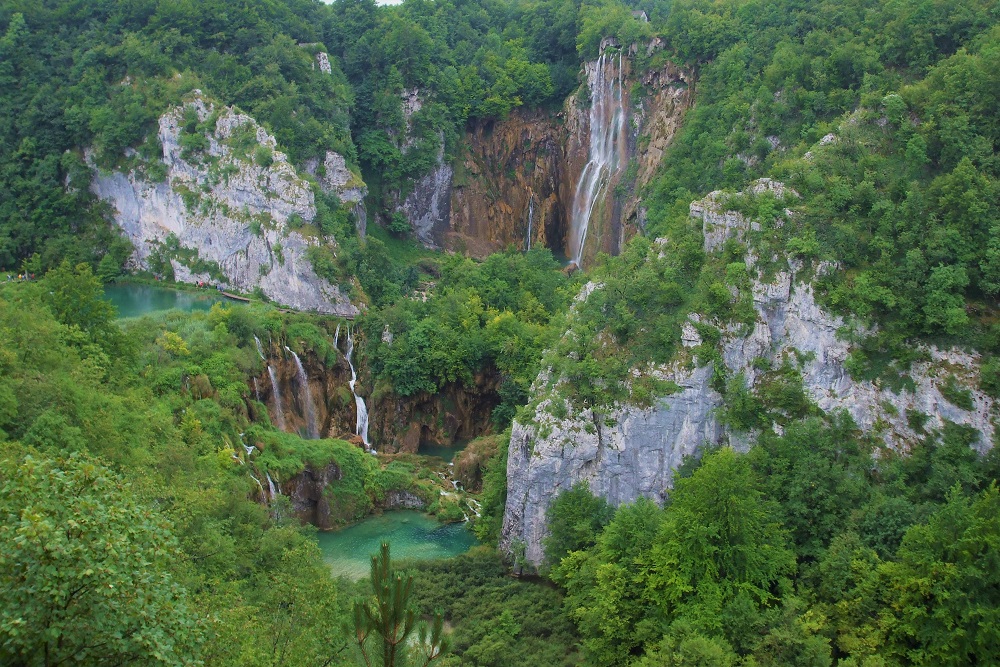 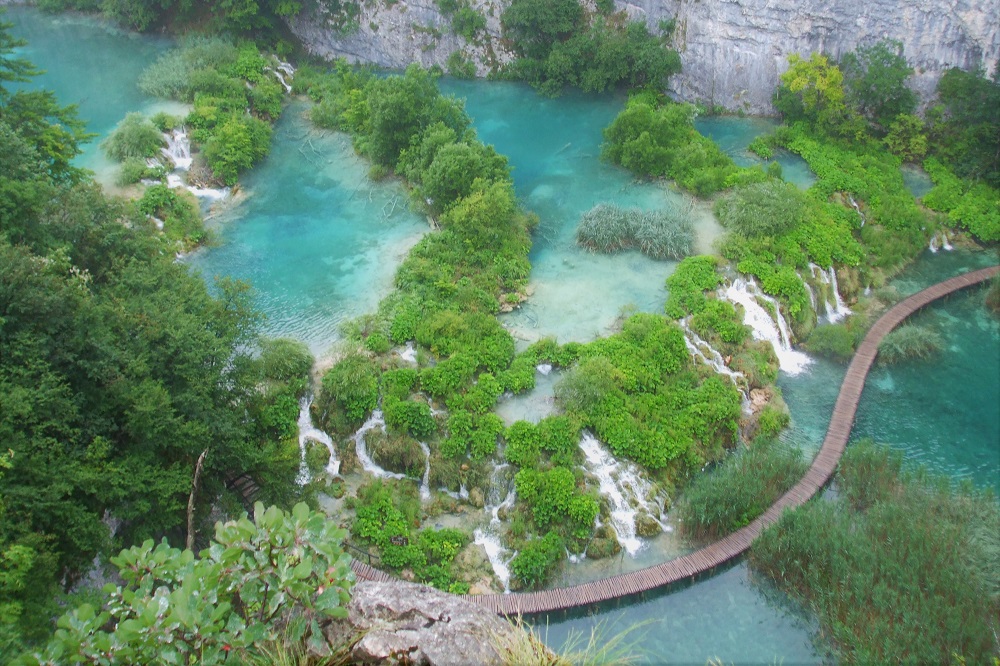 When you visit the Auschwitz-Birkenau Concentration Camp complex, the site of the western world’s greatest genocide, you don’t quite know how to behave. You wander around, sombre and contemplative, the silence broken only by the virtual echoes of countless footsteps shuffling victims to their certain death. On you go, past the empty bunkers and the entrances to the gas chambers. You try to imagine unimaginable fear but you don’t quite feel you have the right, because you can walk away. When is it OK to speak? Should I smile as I pass other visitors? Is it disrespectful to take even one photograph? I still don’t know. 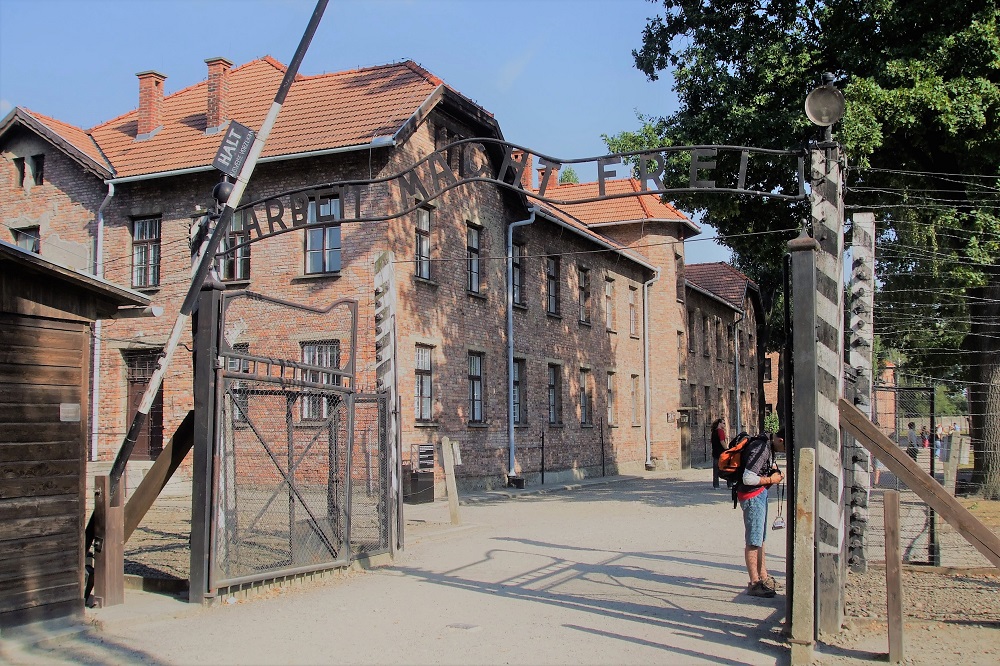 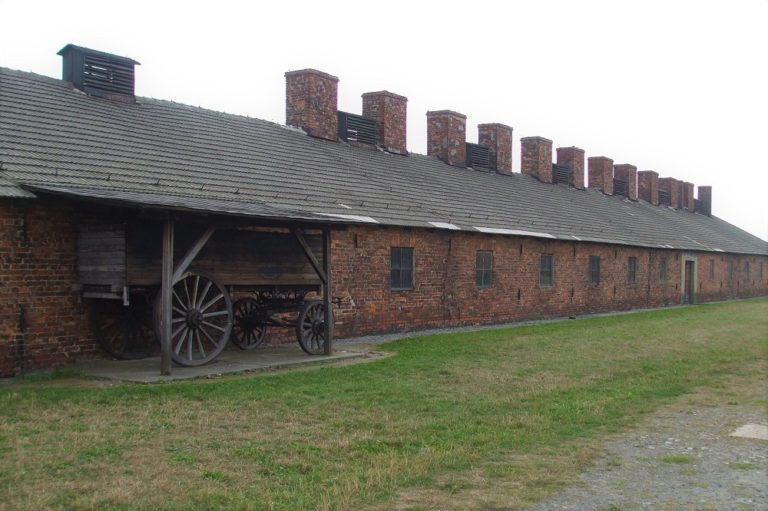 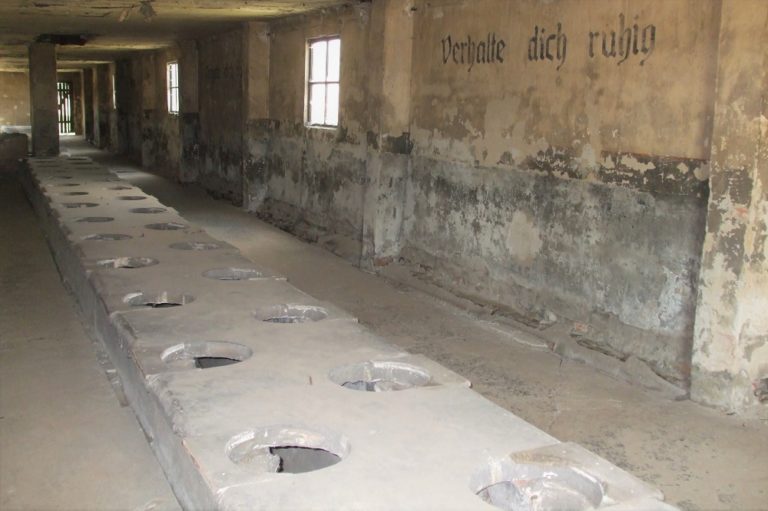 Driving back towards Herceg Novi from the majesty of Durmitor National Park, we had navigated across high mountain plateaus and around steep hair-pin bends in the Montenegrin interior. But it was as the road widened and flattened out that the real threat appeared. We began noticing some worrying signs, warning of forest fires and road blockages ahead. In the distance, forested peaks puffed out billowing clouds of smoke.

We stopped from time to time, checking the map, considering our options and wondering whether we should turn back. For a few hours we felt trapped, but eventually we found a way through, but not before scraping past some uncomfortably close raging flames. 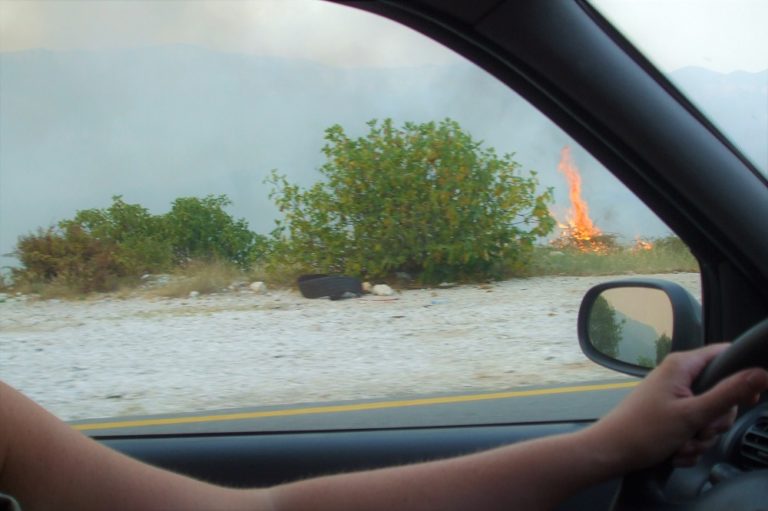 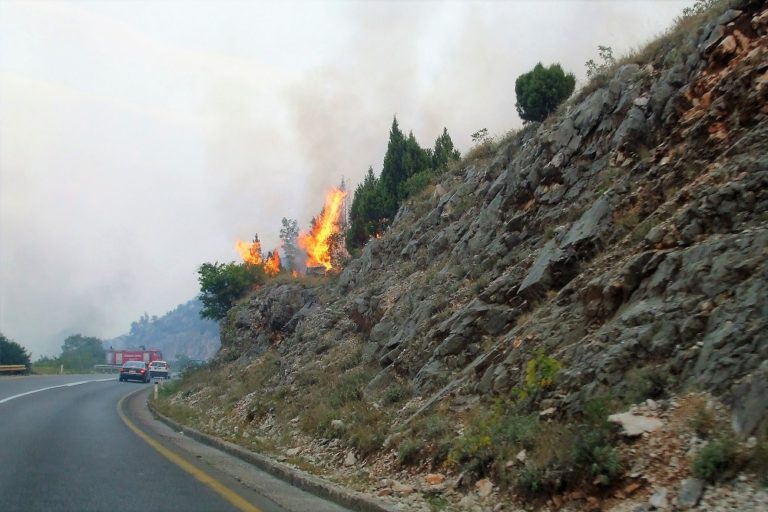 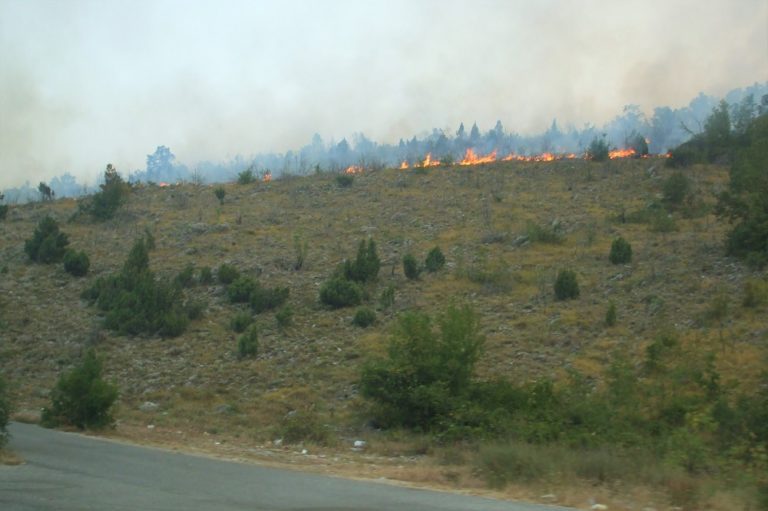 With rugged karst mountains, dazzling lakes, fairy-tale castles, a small-but-perfectly-formed coastline and the delightfully compact and thriving capital city of Ljubljana, it is often said Slovenia is like Europe in miniature. It is unquestionably an absolute jewel of a destination, but what I hadn’t anticipated during my visit, was taking on so many sporting challenges. While I love the outdoors, I’ve never been the naturally sporty type, but here I had a go at horse-riding, outdoor climbing and canyoning, and I’m still quite proud of that little flurry of activity. 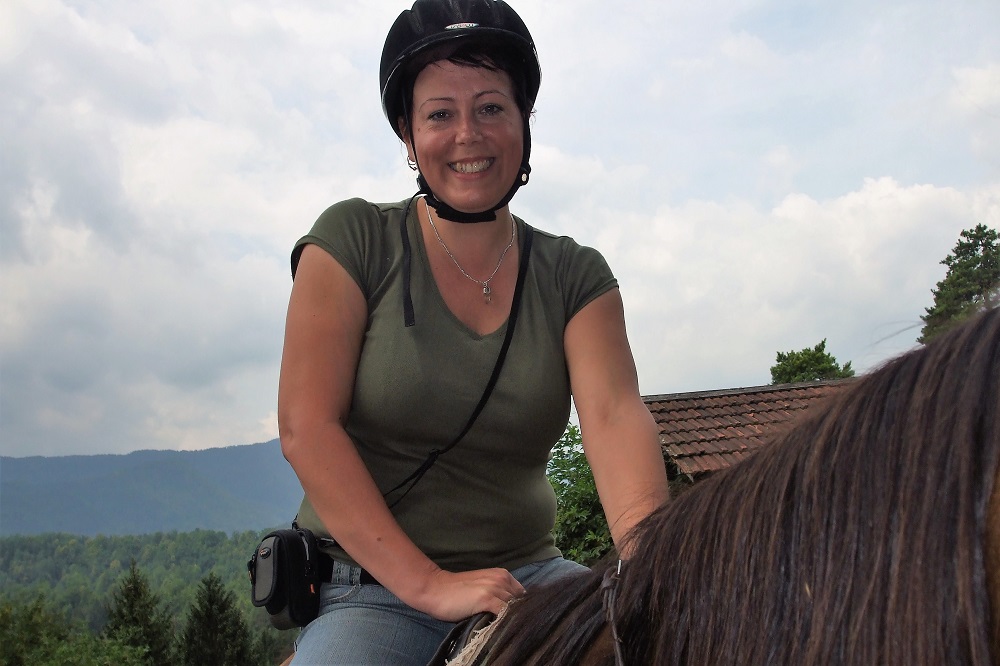 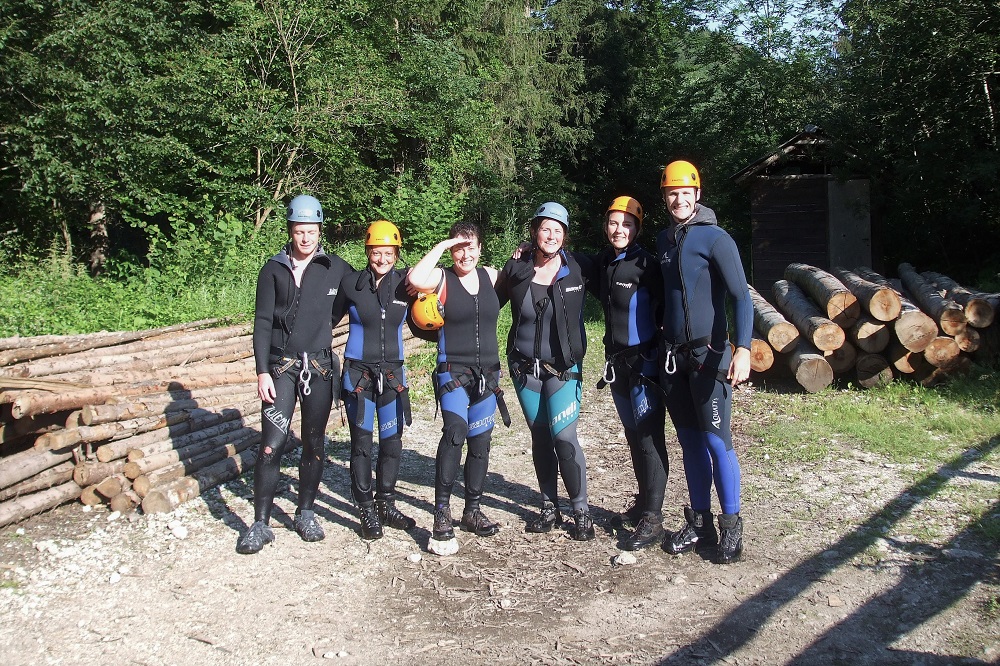 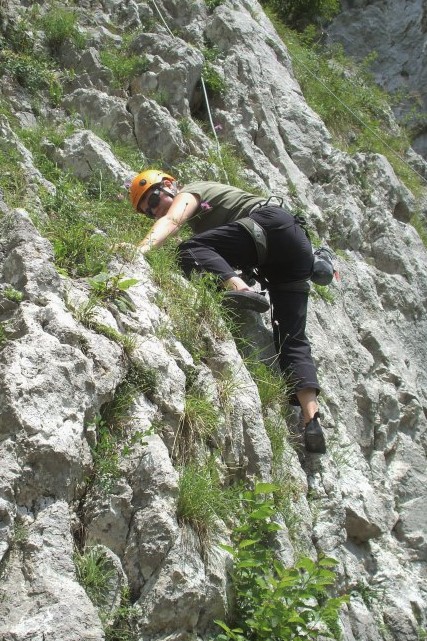 Somewhere in the resort of Lake Ohrid, Macedonia, is the standard touristy pizzeria we found ourselves in one lunchtime. We were famished and ordered rather hurriedly, basing our choices only on the list of ingredients. Nothing with pineapple or anchovies for me, thanks! When mine arrived, I was impressed by the pizza chef’s cheerful creativity. ‘Ha, look,’ I said to my friend, ‘they’ve made a face out of the toppings!’ There was a long pause. ‘You’ve got it upside down, mate’ she pointed out. Moving swiftly on…… 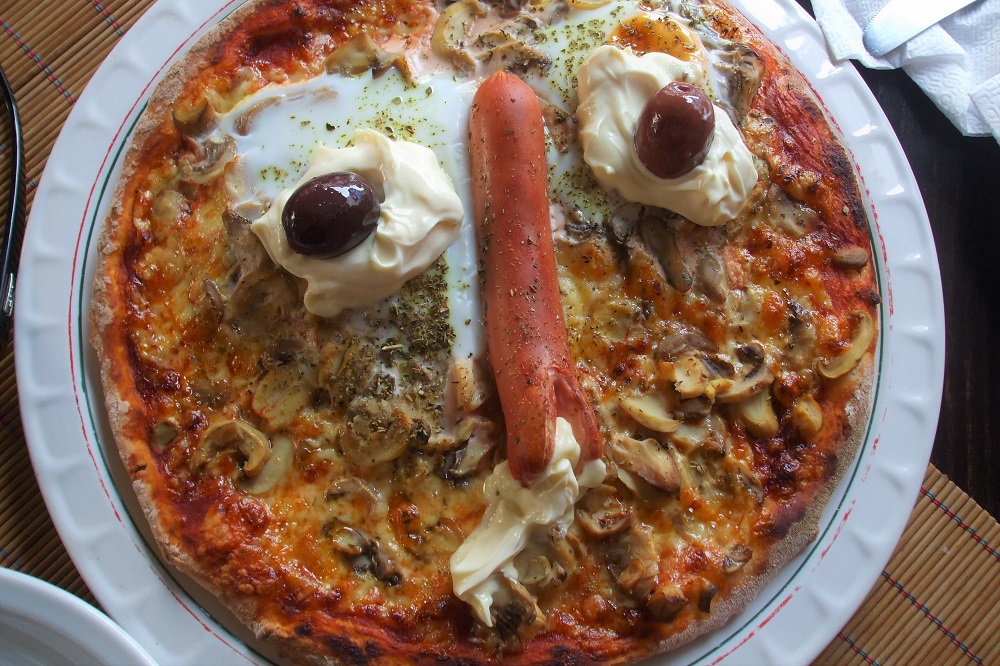 We sat on the low wall by the pretty harbour and gazed out towards the Adriatic Sea. It was early evening and we were relaxing after a day of sightseeing in the buzzing city of Split. Diocletian’s Palace – check. Cathedral of St Domnius – check. Locals and fellow tourists ambled by. A small family group, out for an evening stroll, paused to chat nearby, with their dogs – one of them a Dalmatian. A Dalmatian dog on the Dalmatian Coast? Cue camera! And before you shout out ‘well, there was a high chance of that happening’, according to many online sources, there’s no concrete evidence suggesting this breed of dog originated here! 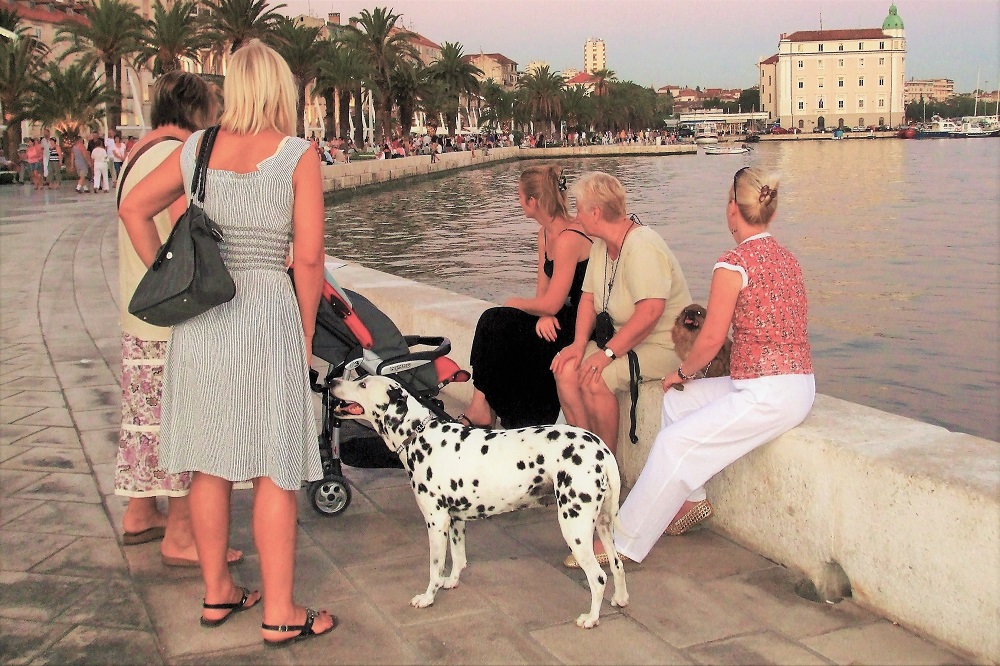 Russia’s association with the colour red stems from the Revolution of 1917, when the Bolsheviks adopted it to represent the blood of the workers. But on this day, during some sightseeing in Moscow city centre, it came to symbolise something else entirely. Along the riverbank, a canoodling couple embraced against the backdrop of sparkling fountains. Oblivious to the world and clutching a single red balloon, they stood there, representing not the spilling of blood under oppression, but the beating of the heart in a romantic swoon. And going by the number of wedding processions we encountered in or around Red Square that day, romance is everywhere in Moscow. 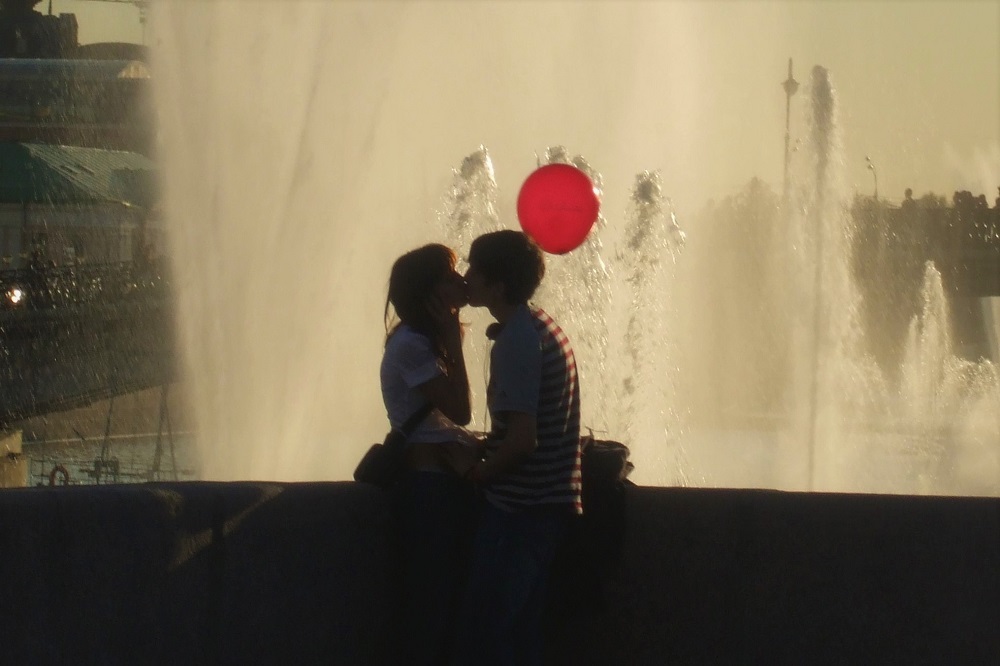 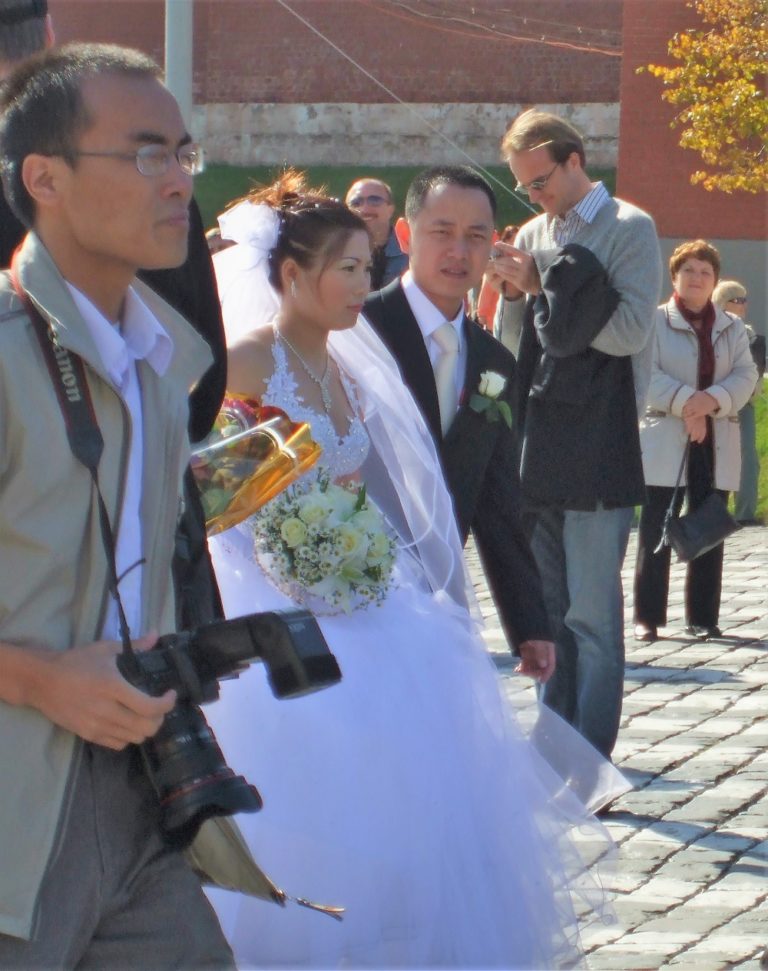 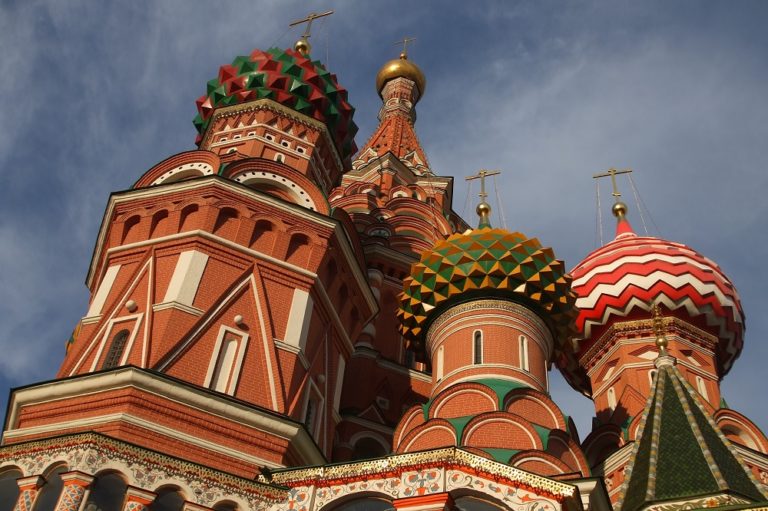 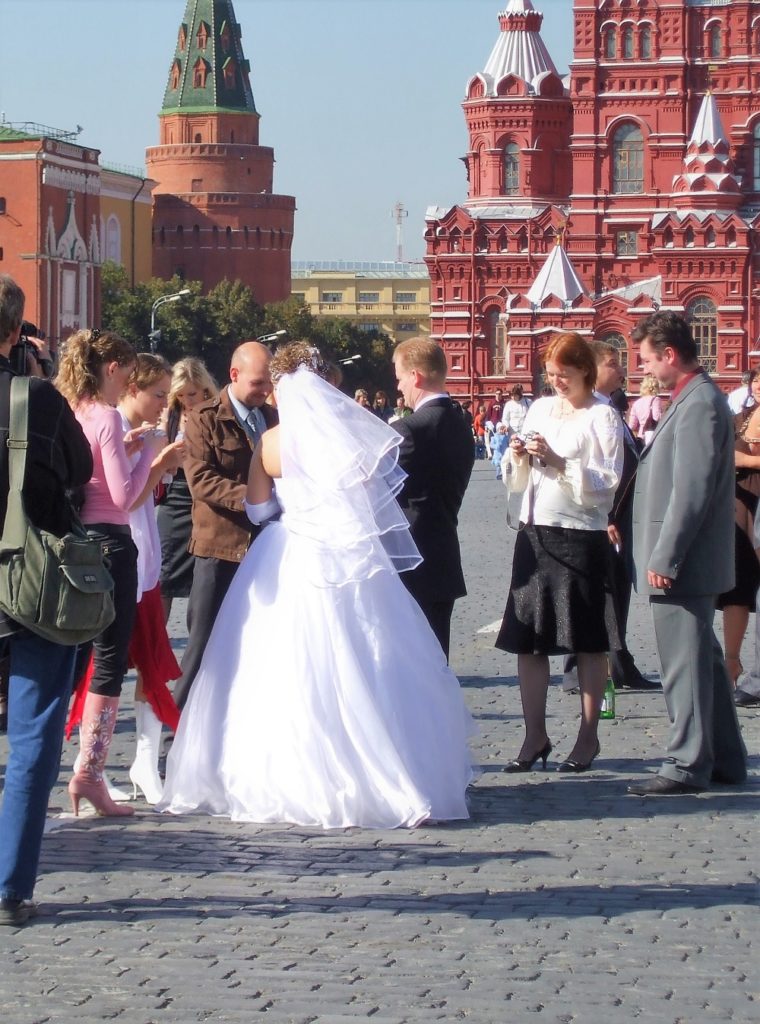 On the outskirts of the beautifully-preserved walled medieval town of Sighisoara, in the Transylvanian region of Romania, farmers hoist their sturdy carts for miles, bringing their home-grown wares to the town’s market. Dressed in their traditional homespun country garments, they …oh wait …this man is wearing a Spice Girls T-shirt! Very out of place, particularly as he isn’t a 20-something urban youngster. It’s like a scaled-down version of discovering a hidden Amazonian tribe, only to find them drinking branded fizzy pop. A photo of Transylvanian Spice? Don’t mind if I do! 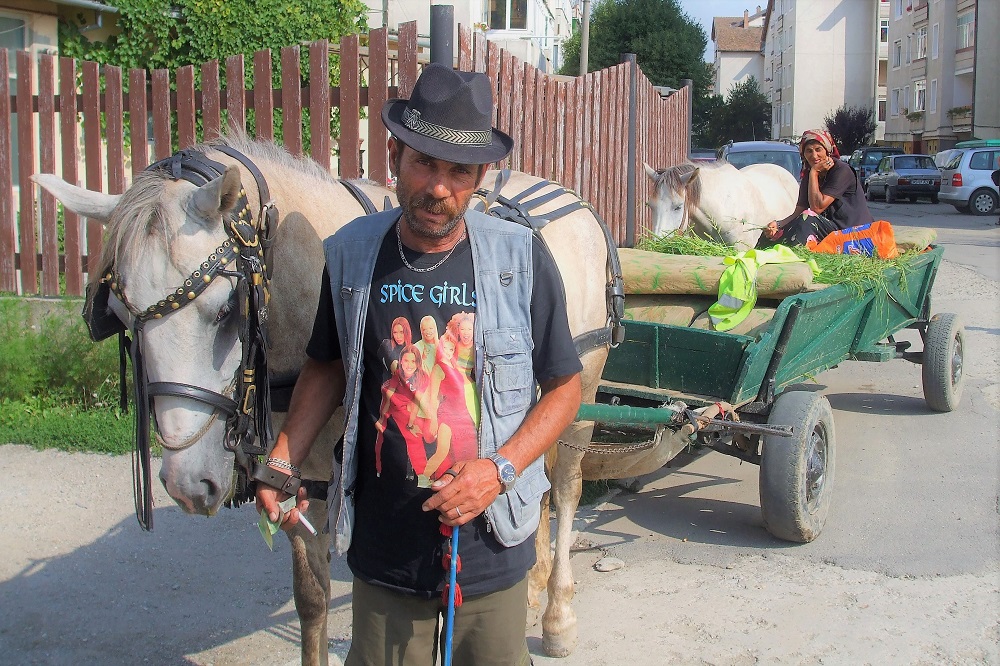 Also known as The Final One. When I told friends of my plans to ride the Trans-Siberian Express, one of them advised me, with tongue-in-cheek concern, ‘Careful, it’s freezing in Siberia. You’ll catch pneumonia’. Well I did catch pneumonia, in Irkutsk, but it doesn’t quite work like that, because air temperature has little impact on the spread of pneumonia-causing bacteria. Being Bedridden in Baikal was a frightening experience; not only was I dangerously ill, but my travel partner had to leave the country after 2 days when her visa expired, and I had no working phone with which to contact my loved ones and keep them informed. At least the delightful Valya (pictured with me in hospital, below) took me under her wing. 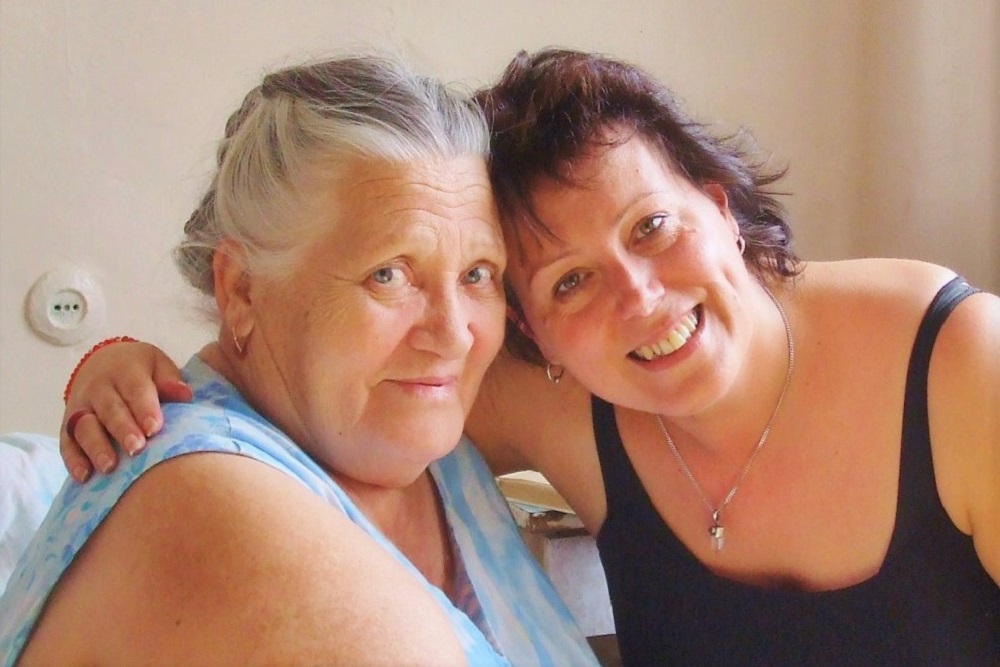 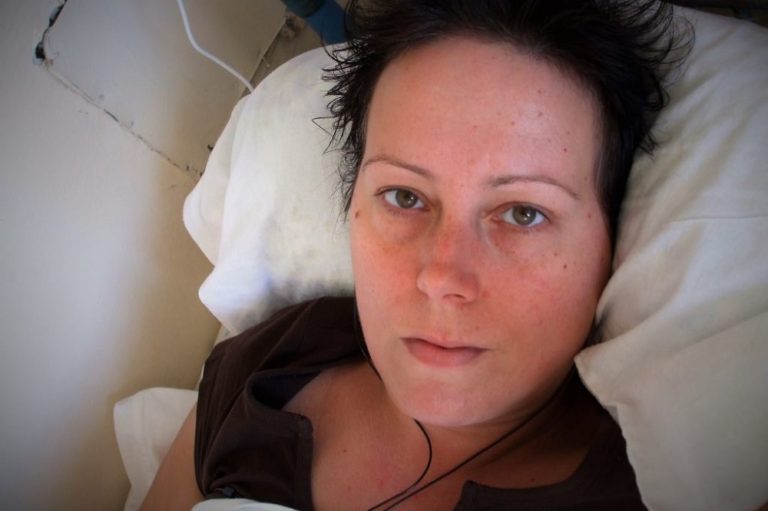 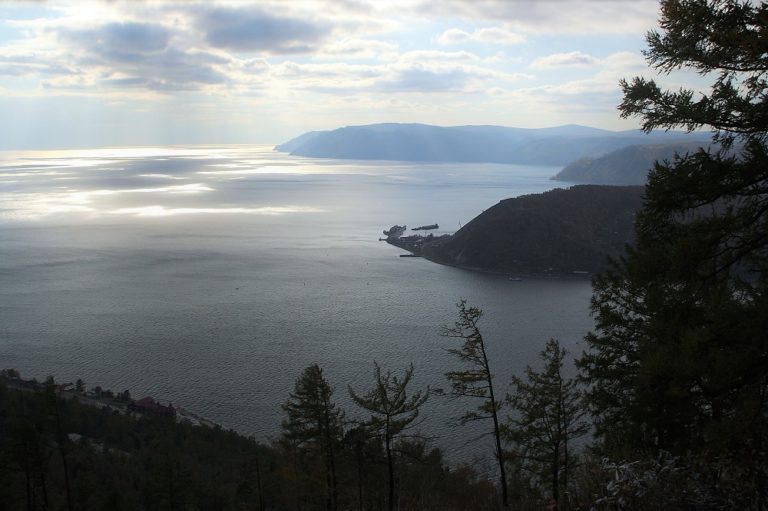 It was a huge disappointment to end my not-so-much-round-the-world-as-barely-half-way-across-it-trip (!) this way, but it could have been so much worse, and I was fortunate to come away with so many memorable moments AND the opportunity to travel again. 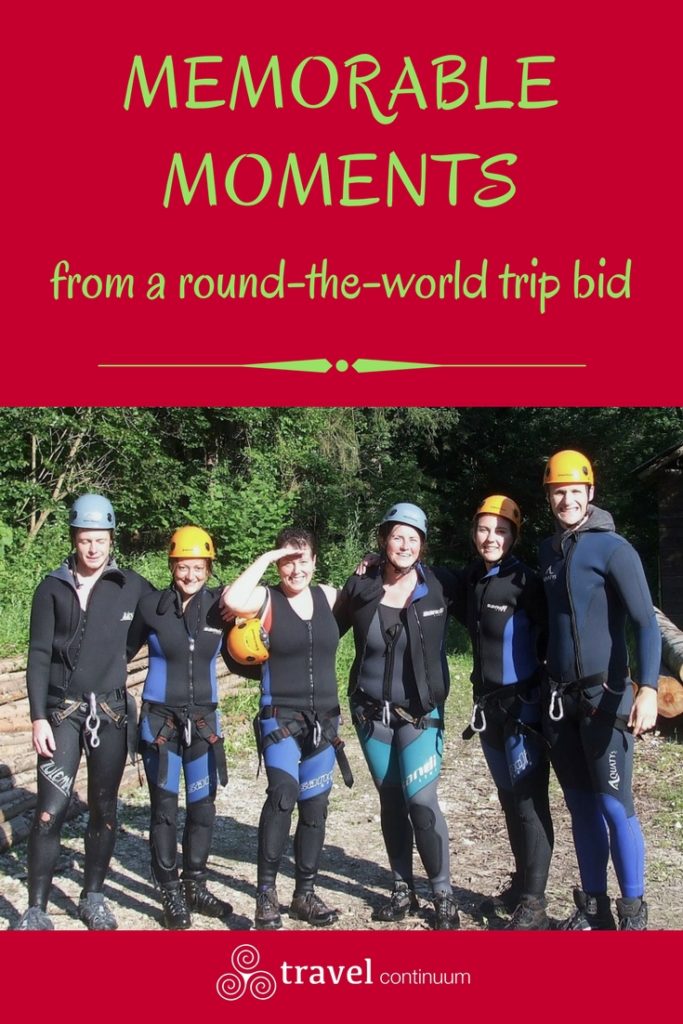 Disclosure: This trip was self-funded and all opinions, as ever, are my own.