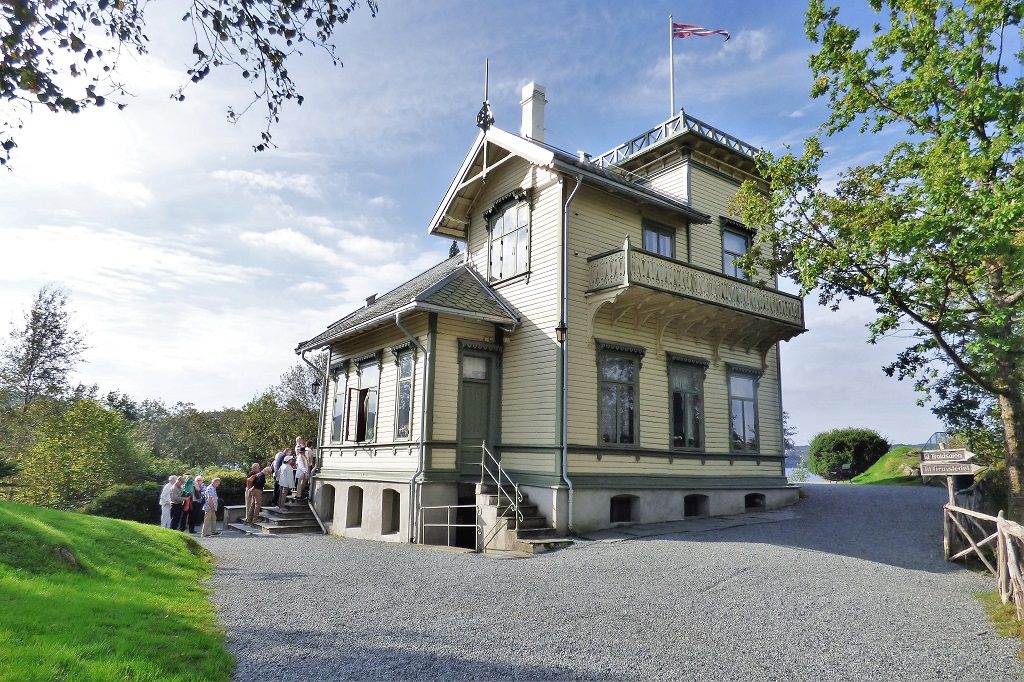 The Edvard Grieg Museum, Troldhaugen, near Bergen in Norway

Click on this link, close your eyes and listen for a couple of minutes. What does the music make you think of?

Even if you already recognise composer Edvard Grieg’s classic ‘Morning Mood’ masterpiece, there is no doubt this is one of those musical works of genius which conveys exactly what it is supposed to. There is something about the composition that evokes an image of our noble sun rising at dawn, in a pastoral scene of utter splendour. It does exactly what it says on the tin.

I grew up with this uplifting melody, greeting me as it did each morning as we turned up for school assembly. In subsequent years I came to realise that, although I’m generally more Led Zeppelin than Liszt and more Soundgarden than Schubert, Edvard Grieg was definitely one of my favourite classical composers. His blend of classical soundscapes with traditional folk nuances transports you into the heart of Nordic folklore, often brushed with nuances of melancholia and menace. His is a unique body of work that has been sampled and covered by everyone from rock and prog bands to TV adverts.

So when a Norwegian fjords cruise took me to Bergen, I decided to find out a little more about the man behind the music, at nearby Troldhaugen, Edvard’s home and haven for the last 22 years of his life and now the Grieg Museum.

| More from my Norwegian Fjords cruise: From fishermen to fine art – a walk around Old Stavanger

Edvard Hagerup Grieg was born in Bergen, Norway, on the 15th June 1843. As the second son of a merchant father and music teacher mother, it was his older brother’s future responsibility to support the family, meaning that Edvard himself was free to pursue the musical dreams he had held since an early age.

He’d sit for hours at the piano, choosing to lose himself in improvisation rather than the compulsory chord structures and exercises. Thankfully for the generations of music lovers to come, his natural talent was enough to counteract his relative lack of academic discipline. 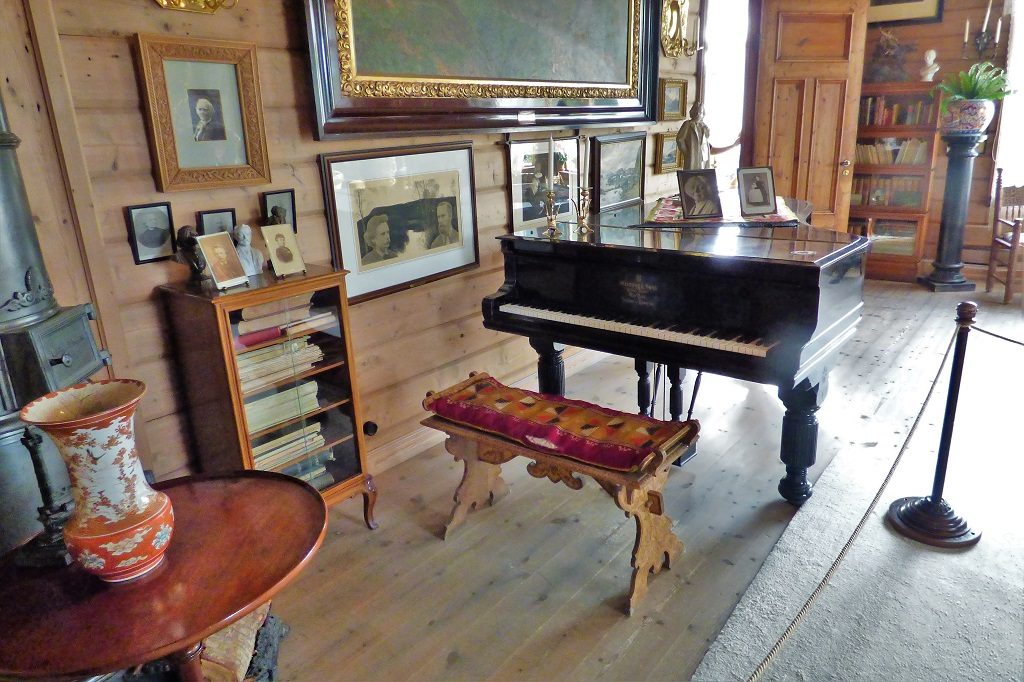 The Steinway piano at the Edvard Grieg Museum

In 1858 a visit from Ole Bull, the virtuoso violinist and a family friend, led to Edvard’s fledgling talents being noticed, and a subsequent enrolment at Leipzig Conservatory in Germany, one of the best musical study establishments in Europe at the time. While there, he developed the first in a long series of health problems, with both pleurisy and tuberculosis virtually destroying his left lung. He continued throughout his life to suffer from respiratory and other health issues.

Despite his physical ailments, Edvard Grieg flourished creatively, giving his first concert as a pianist in Karlshamn, Sweden in 1861. From Leipzig, Grieg moved on to Copenhagen, where he spent several happy years. It was during this time that he reconnected with his first cousin, the soprano Nina Hagerup, with whom he had spent much of his childhood in Bergen. 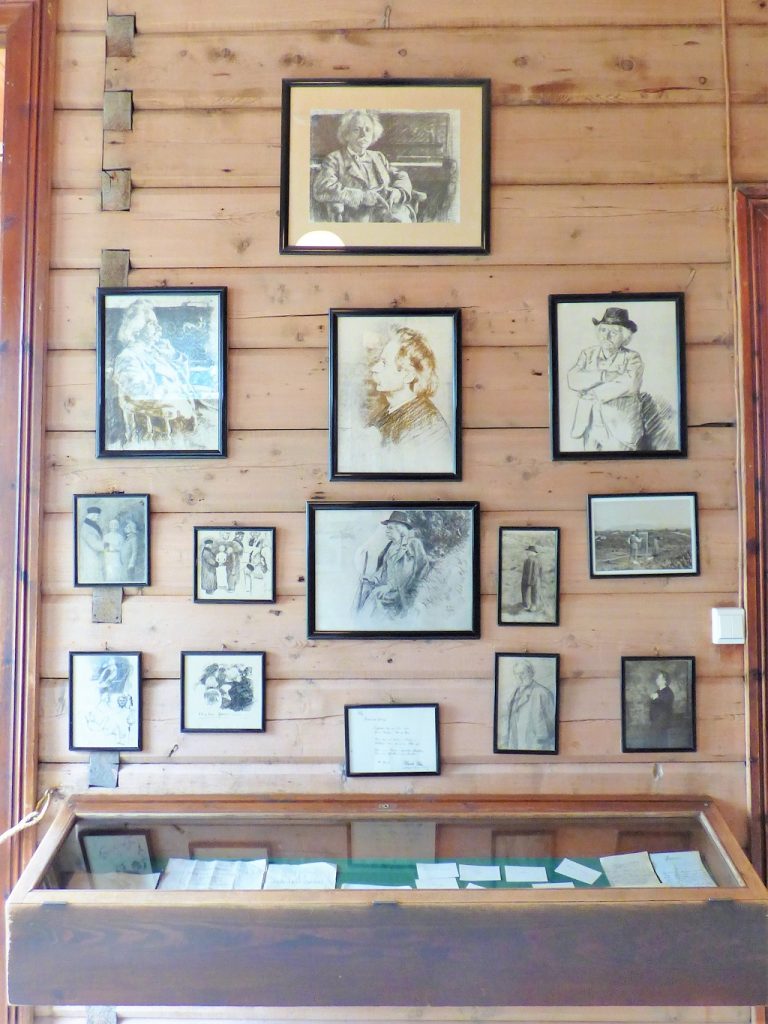 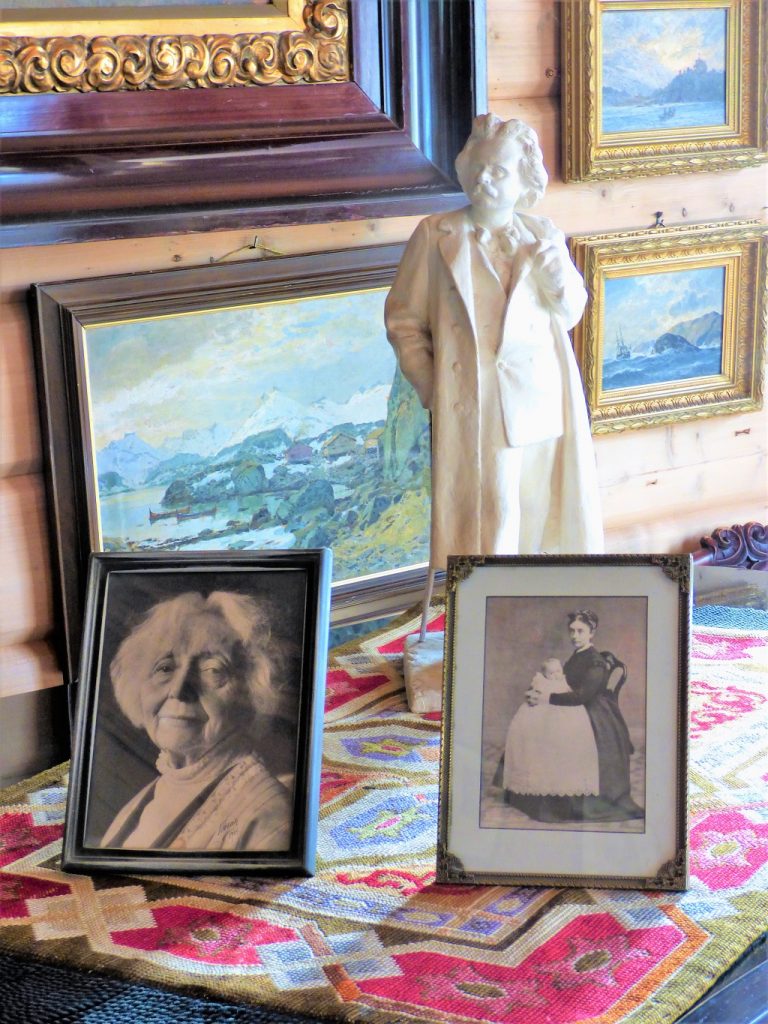 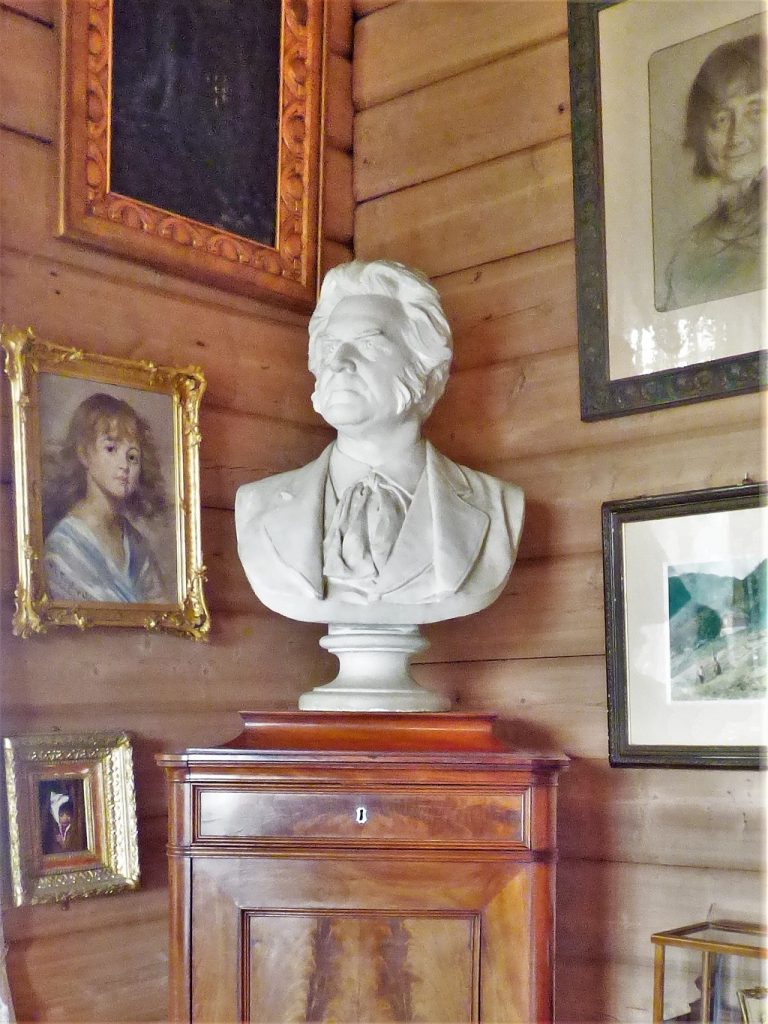 Edvard and Nina married in 1867 but things didn’t quite end up in a fluffy, happy-ever-after cloud of contentment. Whilst Grieg’s 1868 piano concerto in A Minor proved to be his breakthrough as a composer, the couple’s only child, Alexandra, born the same year, died from meningitis at just over a year old and the couple spent much of the next few years touring Europe. This was a prolific period for Grieg and included his composition of the incidental music for Peer Gynt, the five-act play written by the Norwegian dramatist Henrik Ibsen. These melodies, which include not only the aforementioned Morning Mood, but the inimitable In the Hall of the Mountain King, are among the best known in classical music.

A home base for the wanderers

When both his parents died in 1875, the Griegs found themselves without a home base in Bergen in which to rest from the rigours of touring. The strains and stresses took their toll, with Edvard suffering from artistic self-doubt and the marriage eventually reaching crisis point in 1883 with a separation.

Thanks to the support of a good friend, the couple reconciled and built their villa at Troldhaugen, which became their marital home. The couple would return here between their touring commitments, usually in the summertime, to relax and enjoy the tranquillity of the grounds and surrounding landscape. 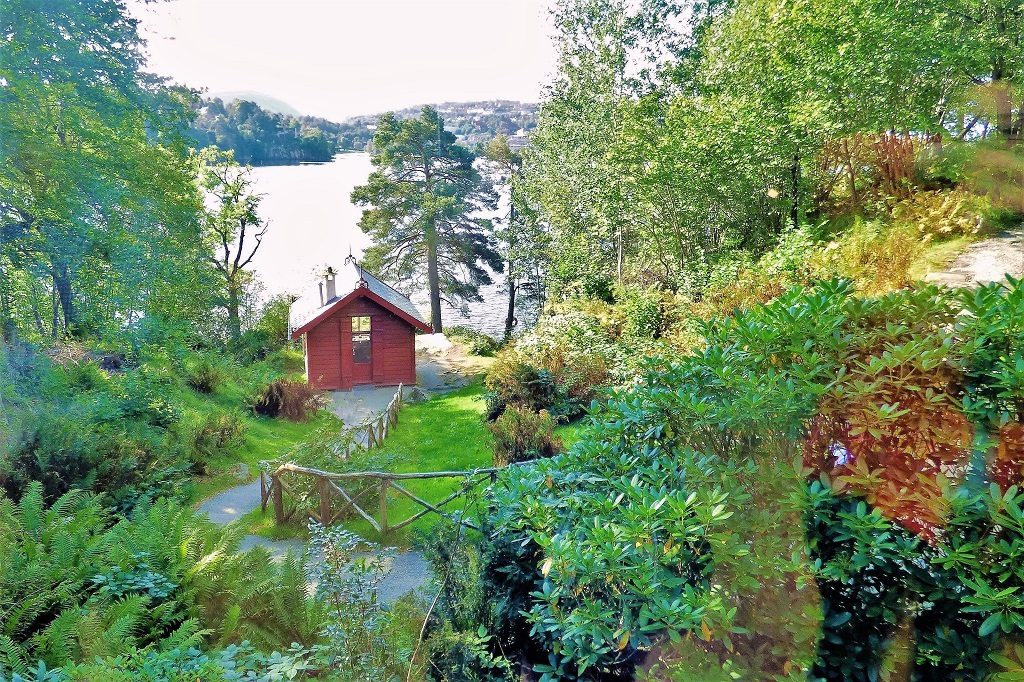 The Griegs were prolific performers and it was the intensity of their schedule, coupled with Edvard’s weakened constitution, that he eventually succumbed to. In 1907, whilst en route to a music festival in Leeds, England, Edvard Grieg fell ill and died of chronic exhaustion in Bergen, on September 4th 1907. As he said with his final words…’well, if it must be so…’. 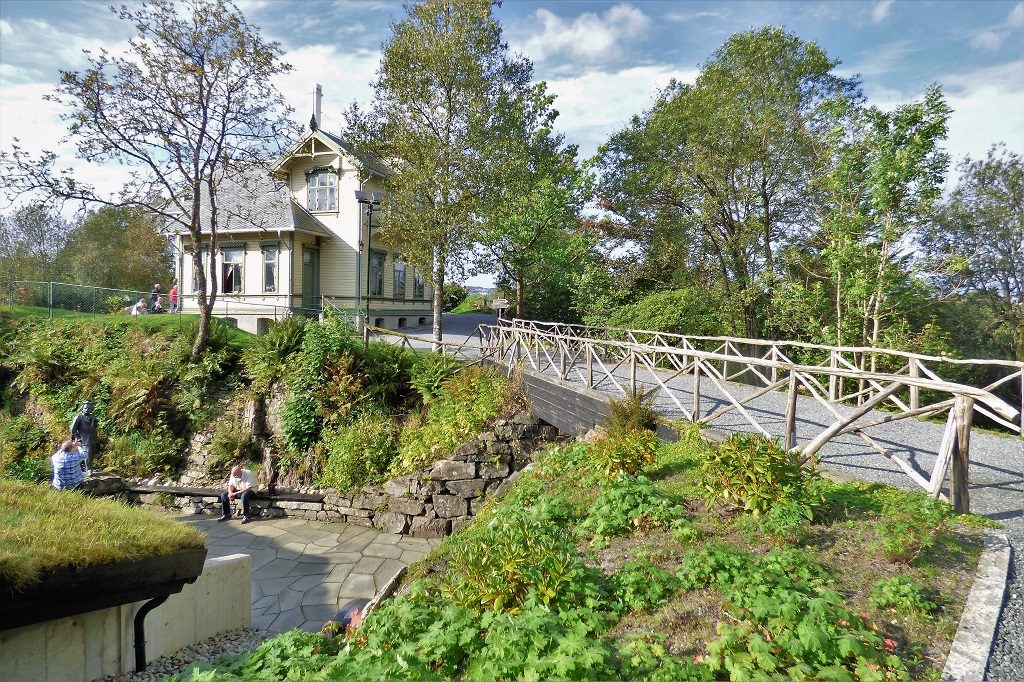 Our visit began across a picturesque little bridge, at the main dwelling (the villa), where the ground floor houses a cluster of personal artefacts and memorabilia. Musical scores, sculptures and other ornate objets d’art tell of a musical career in Europe in the latter half of the 19th century, but the photographs, books and textured furnishings speak more of a cherished home life in homely surroundings. Troldhaugen is less like a museum than any other I’ve visited and I half expected to see the Griegs sitting in a corner waiting for me to join them for tea. 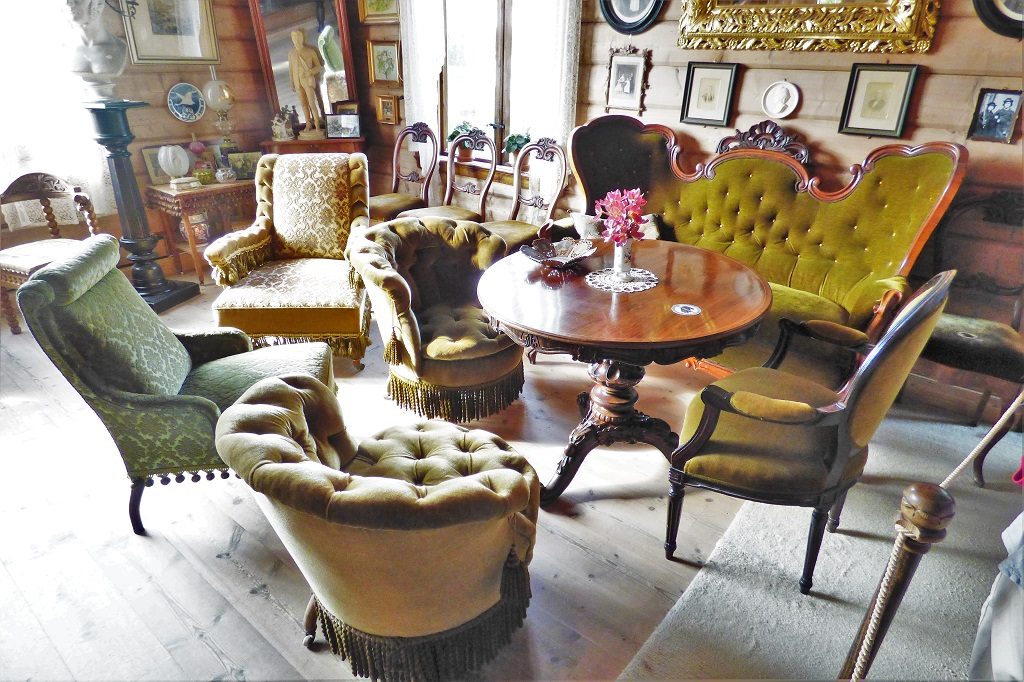 A path through mature gardens leads to the composer’s hut, a red-tinted wooden haven where Grieg would often disappear to escape the distractions he was so susceptible to.

Much more recently built but forming part of the Grieg Museum experience is the Troldsalen, a music hall set into a steep downward slope in the estate’s landscape. Covered by turf so that it blends into its tranquil setting, this 189-seater auditorium offers piano recitals of Grieg’s music to visitors and we were able to appreciate Troldsalen’s acoustic properties with a treat of a 40-minute concert. 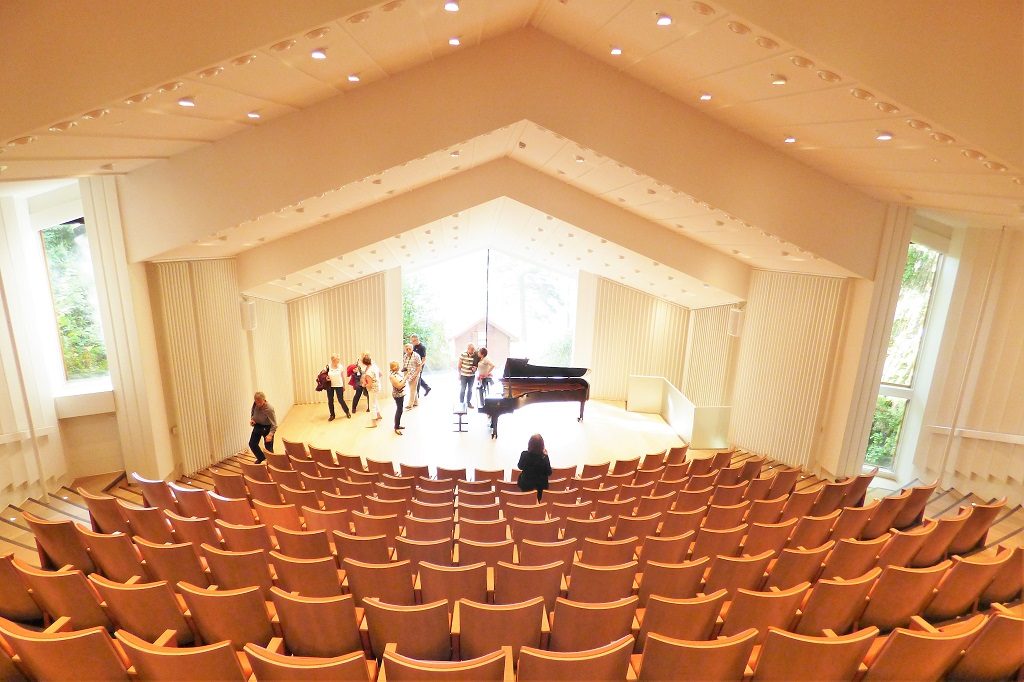 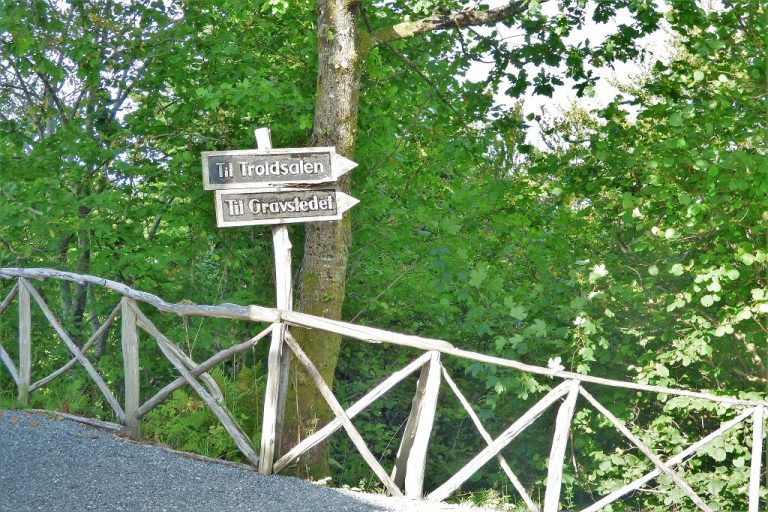 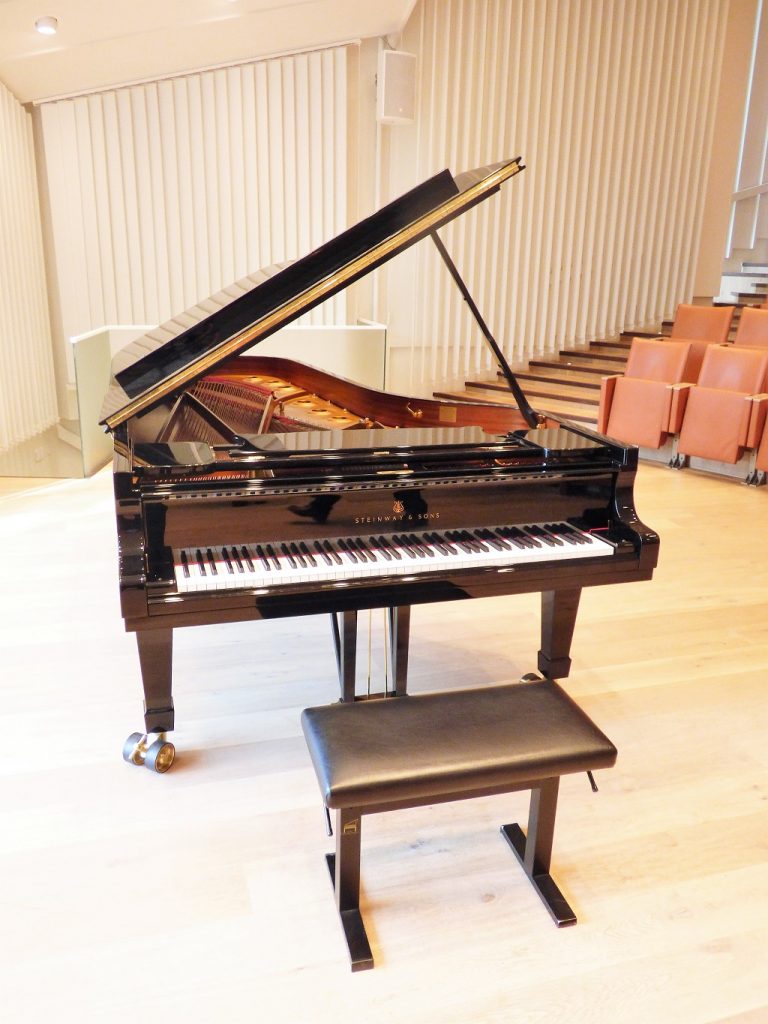 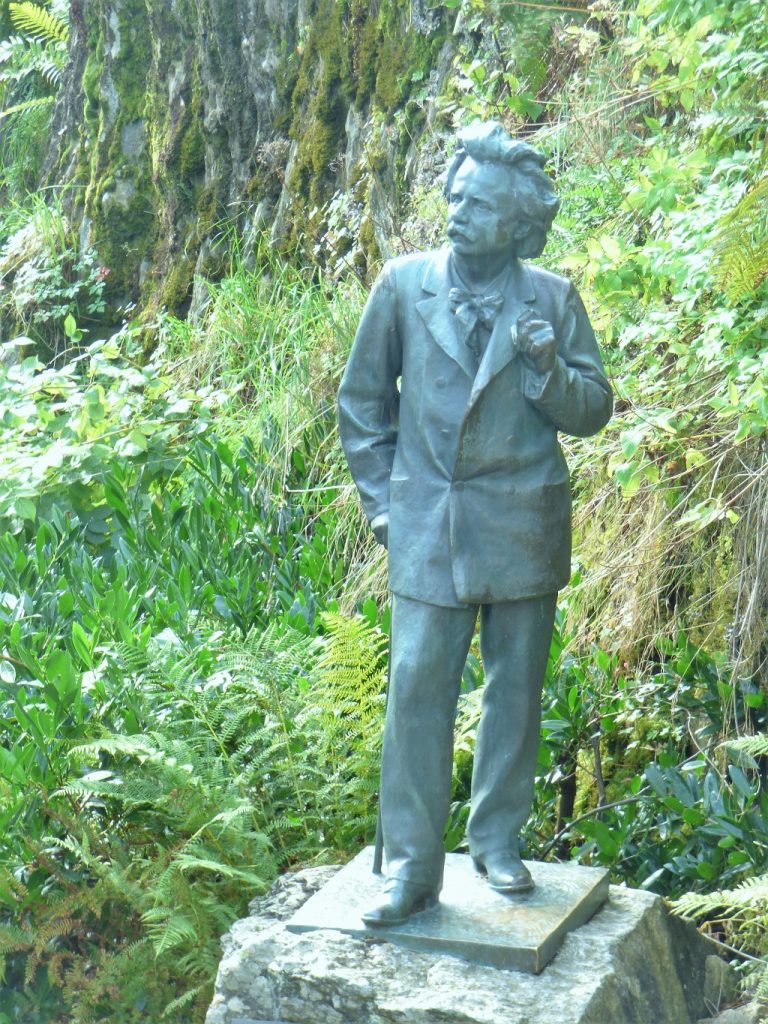 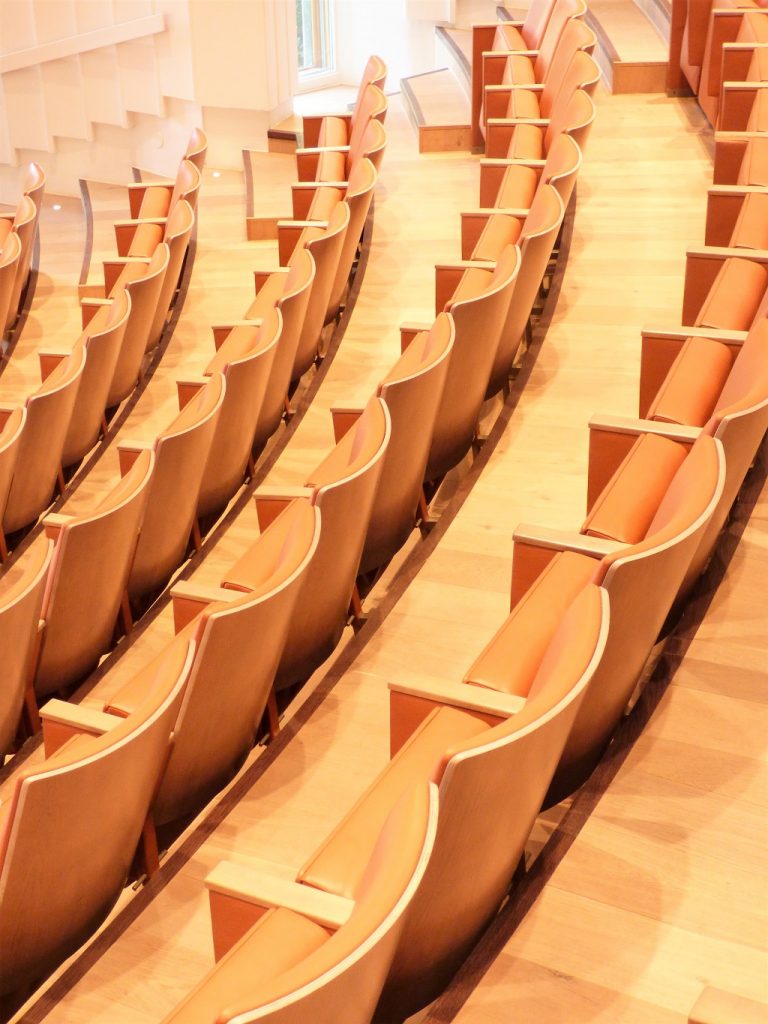 In 1995 a museum building was added, with a permanent exhibition of Edvard Grieg’s life and music, as well as shop and restaurant. I didn’t visit the couple’s gravesite, which is situated in a rocky tomb down towards the lake, but it is said that one evening, as Grieg sat fishing with a friend and the last vestiges of sunlight fell upon that one spot, he said ‘There, I would like to rest forever.’

And as my mum and I wandered around the grounds one more time, I could hardly blame him. 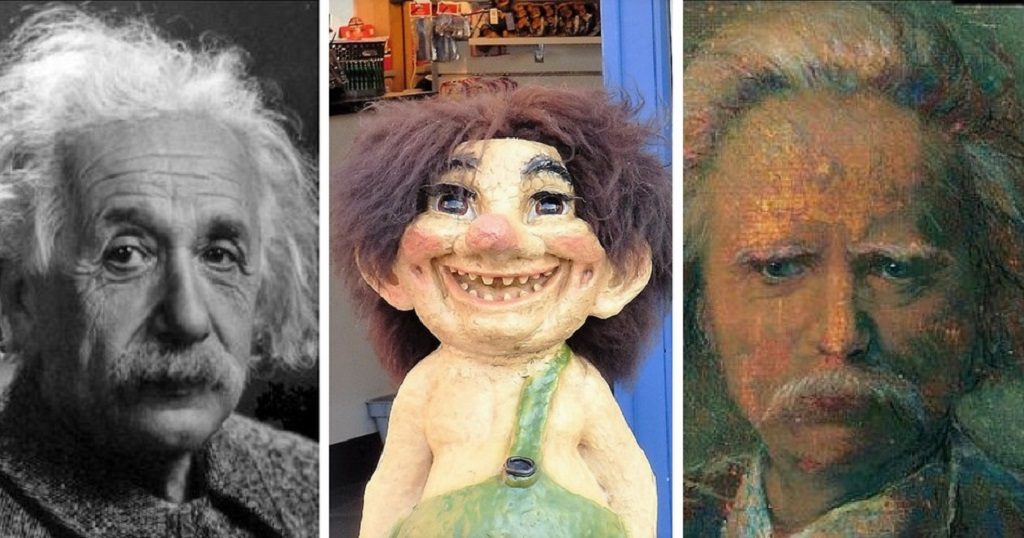 You can barely tell them apart, can you?

Getting to Troldhaugen: Troldhaugen is situated 10km south of Bergen and you can visit by car, public transport or arranged tour. There are many booking options depending on your requirements and most information can be found on the Edvard Grieg Museum’s website here. 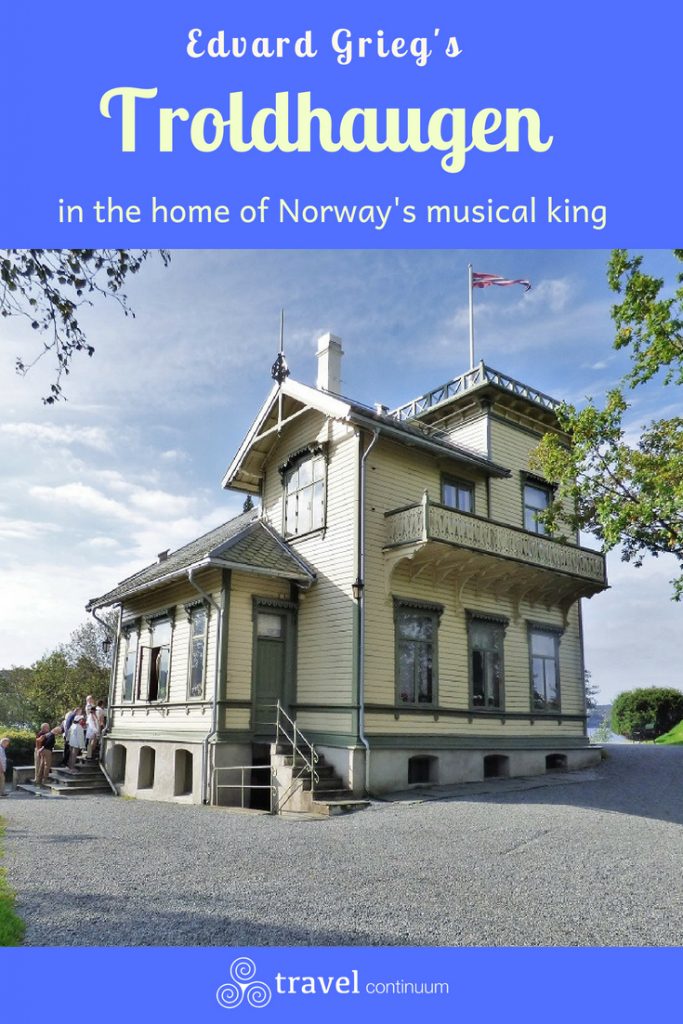 Disclosure: My visit was booked as a shore excursion during a cruise to Norway. All opinions are my own.