Dragon in the Sky – Chasing a Total Eclipse

In March 2015, a partial eclipse of the Sun, visible from Britain, brought back fond memories of a frantic chase across rolling countryside on Wednesday 11th August 1999, the last time a total solar eclipse was visible from the UK (from the tip of Cornwall). Only this wasn’t the Cornish peninsula we were crossing, but the mosaic of French fields dotting the rural landscape in northern France. We had decided to cross the Channel in an attempt to maximise our chances of clear skies for what, to most people, is a once-in-a-lifetime opportunity – apart from the poor UK weather forecast, we also wanted to avoid the killer traffic jams into Cornwall, where the enthusiastic British masses would be gathering. The Moon blocks the Sun’s rays over Europe. Courtesy of Les Chatfield

There were other places we could have gone to; on this particular occasion, the path of totality would first appear in the Atlantic Ocean then glide across many parts of Europe, the Middle East and North-West Asia before finally disappearing over the Bay of Bengal.  All things beings considered, though, France was chosen as the best compromise.

We had arrived at Calais on Sunday 8th August, to allow us an actual proper mini-break before the inevitable astrofrenzy of eclipse day. Our accommodation in Frévent, was chosen for its convenient location and the next couple of days passed by gently enough, as we sampled the sights, sounds and flavours of Chantilly and Senlis – whilst keeping one eye firmly on the weather forecast! 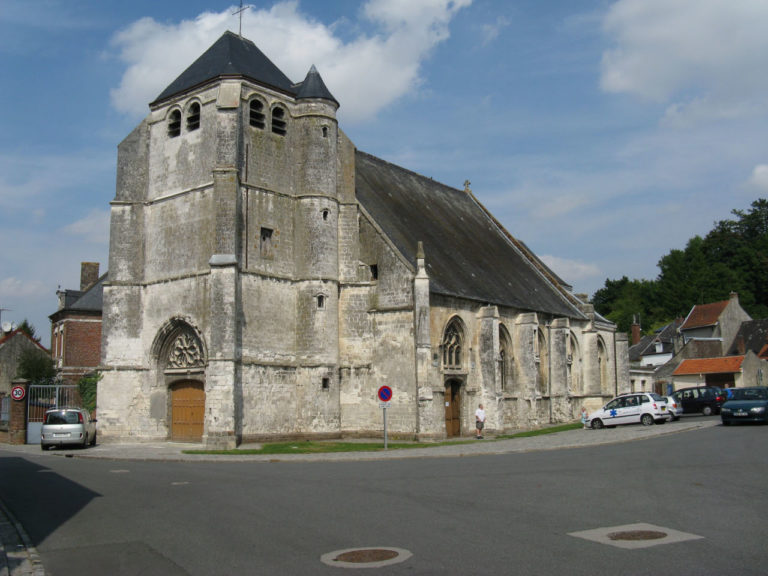 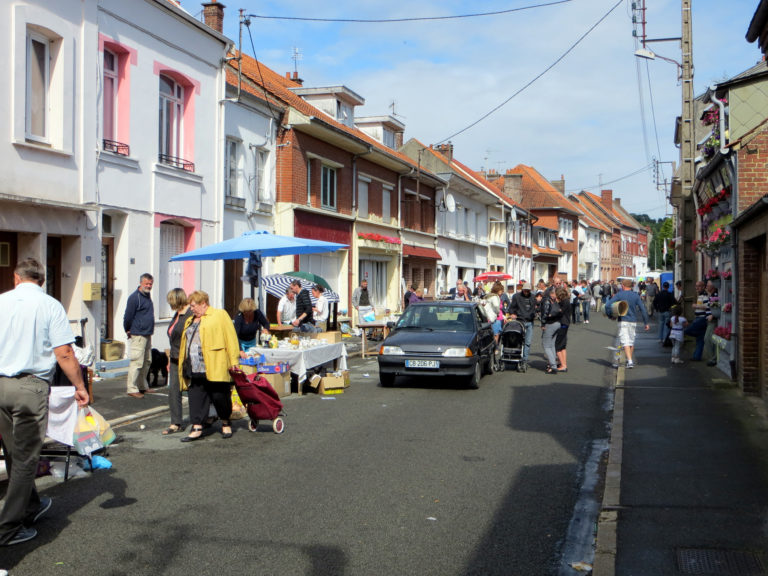 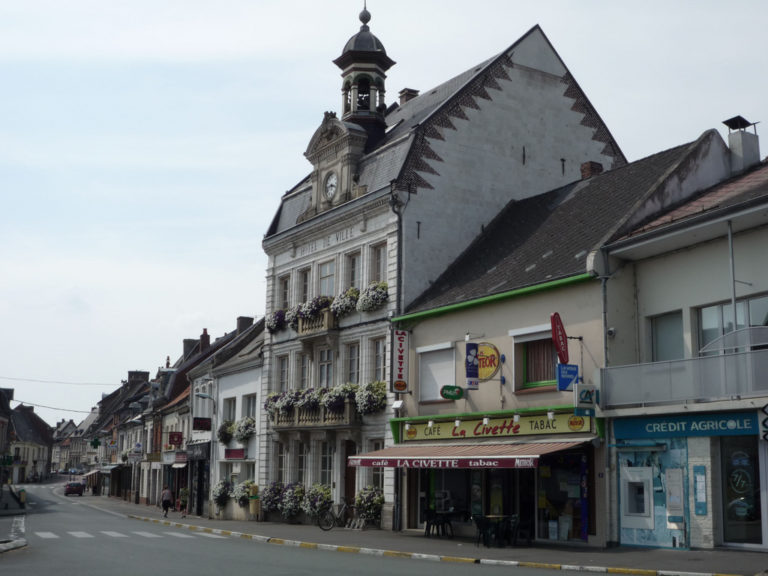 On the morning of the 11th,  breakfast was wolfed down fairly quickly by about 08.30hrs, even though we knew we had until 11am to find a suitable spot and set up.  As astronomy enthusiasts we were keen to experience the whole event, right from the moment of 1st contact – where the disc of the Moon first meets the disc of the Sun.

We were aware that our starting point in Frévent was pretty close to the northern edge of the path of totality, meaning that any further north and we’d risk falling into the penumbral zone and having to settle for a partial eclipse. Whilst a partial eclipse is still a considerable spectacle, totality takes it to a whole other level of awesomeness, so it was an all or nothing scenario for us. The narrative that follows explains how the journey panned out:

The walk to car consists of me and my partner glancing at the grey skies above and frowning. My mum remains optimistic, saying ‘you never know…’ It’s 9am and we start heading south on the N25, but after about 25 minutes it becomes apparent we are approaching an area of denser cloud coverage. We turn the car around and consult a map for a few minutes – there’s no clue, no guidance as to what we should do, apart from maybe accepting the weather’s victory.  I turn left to look out of the passenger’s window and a sliver of pale blue in the distance catches my eye. A further quick map reference and we’re off, heading almost directly west north-west from where we are.  It’s almost quarter to 10 now and we realistically have around 60 minutes to find that blue patch (which may or may not stay put) and a quiet place to set up. It’s now after 10.35 and by this time we are weaving through tiny country lanes, praying those ubiquitous tractors don’t thwart our chances.  Currently, the gap in the clouds  isn’t changing much, i.e. it isn’t expanding, but neither is it shrinking – and it IS getting closer. We have abandoned the map and any attempt to navigate by it, we are, literally, blue-sky thinking. 10.45, one last right turn, a hundred metres along a lane and that’s it, we’re done, this is the best that we can do. The clear sky zone is not quite where we need it to be, as the Sun is glowing from behind the clouds  a few degrees further forward.  Hopeful, but realistic, we park up, and set out our equipment, telescope, stand, projection card, filters etc…..and then it happens – as if part of some celestial theatre set, the clouds gradually sweep aside, as if to announce ‘Let the show begin’, and we can’t quite believe our luck. It’s bang on 11am….

From 1st contact onwards, we’d put the eclipse glasses on and check on the Moon’s progress, but at this stage the Sun’s literal brilliance dominated, and the best view of what was happening was the image being projected by the telescope as it tracked and followed the Sun’s path. Not until midday, when coverage of the Sun was considerable, did we really notice any significant changes in our environment; a false twilight had crept over us, not sinister, but incredibly surreal with its unfamiliar silver and purple overtones. 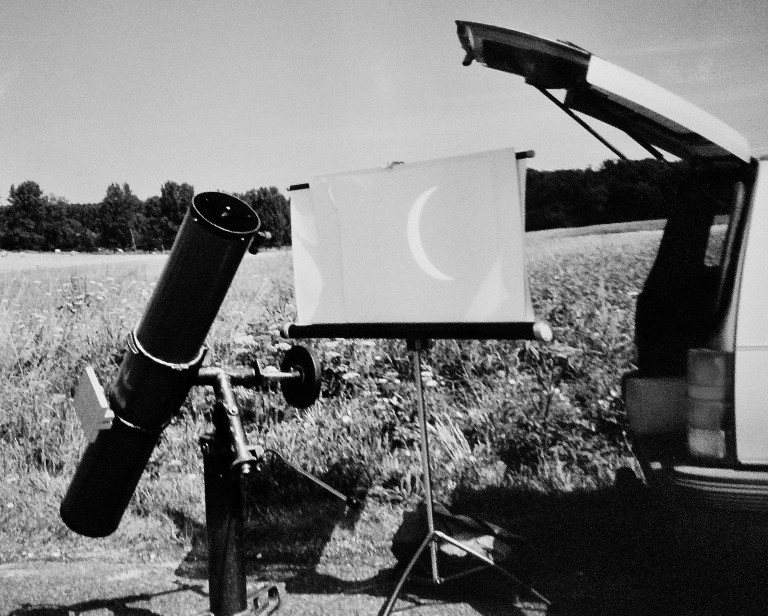 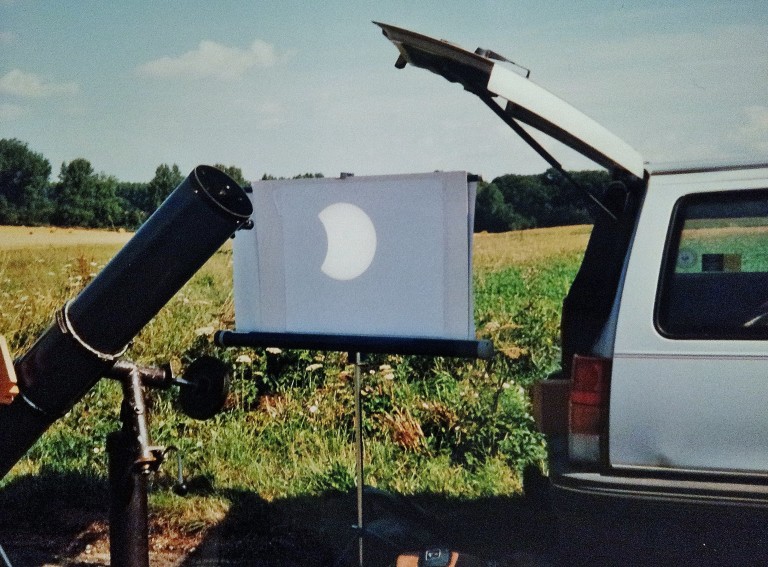 There was a distinct sense of puzzlement in the air, more than excitement.  Perhaps this was because we were almost alone (a family of 4, about 100 metres away, were our only human companions), but I felt as if all of the life around me, from the birds to the insects, from the trees to the small mammals in the cornfields and even the swaying grass, was confused and uncertain.  As totality drew closer, the birds started to chirp as if coming home to roost, but this was a song with pauses and stutters, as if their instinct was sending them mixed signals.  I suddenly shivered.  How did it get so much colder so quickly without my realising it?  Not long now…

A few minutes later, I glanced towards a low hill in the distance and then I saw it – the Moon’s shadow. As I watched, the darkened slice at the horizon reached upwards and outwards and spread across the sky towards us at an astonishing speed. The eclipse it was a-coming!

As the Sun was being engulfed, we grabbed our eclipse glasses again and quickly put them on, carefully peering through and over them in alternate glances, using averted vision to try and catch the incoming Diamond Ring and Baily’s Beads, the famous last vestiges of Sunlight squeezing through the valleys in the Moon’s uneven limb. It would be safe to view directly in just a split second – we held our breath……….. 1999 Total Eclipse of the Sun, by Rowan McLaughlin

Then, in the eerie silence, the Sun’s earthbound rays were extinguished.  For a few precious moments, as the Sun’s corona shimmered behind the conquering Moon, we stood in utter awe and tried to absorb the sensation.  We could see the stellar atmosphere dancing in the background while the Moon held fast for as long as it could.  Stars that we wouldn’t normally have seen had sparkled into view, dotting the velvet canopy above us.

Just as we were getting used to this other-worldly landscape, a brightening on one edge of the Moon’s disc gave way to a dazzling burst of light and the outgoing Diamond Ring denoted the end of totality. As dramatic as this was, when it happened, there was real disappointment that this rare and transient phenomenon was all but over.  Instinct told us to look away and put the glasses back on, which we did almost absent-mindedly as we were all still in a slight trance. Farewell to a Heavenly Spectacle

True to ourselves, we stayed until 4th and final contact, the point of separation, before gathering our gear and moving on.  I felt unashamedly emotional.  For a ‘space cadet’ like me this was a big deal, and I wanted to stay in the moment for as long as I could.  I’ll say this – if anyone reading this thinks it’s one for their bucket list, add it now, but do yourself a favour and put it right at the top.  It has no parallel or substitute. Stages of a Total Eclipse of the Sun, by Nakae

Once home, having had time to absorb the events and to catch up on eclipse reports, we knew we’d made the right choice, as fortunes across northern and western Europe were mixed.  In Soissons, an hour or 2 south west of where we had been, there were a few fleeting glimpses of the eclipse, but frustratingly the clouds cleared completely just a few minutes afterwards.  Cornwall, as we had feared, saw very little.  The only consolation is that by all accounts there was one hell of a party atmosphere over there, but I have never doubted that we had the better deal….!

Disclosure: Warning: Eclipse-chasing can become addictive and result in costly excursions and frequent cursing of the weather!  Luckily, the above trip was relatively economic on the purse strings. ‘Dragon In the Sky’ is a reference to the mythological depiction of total solar eclipses across many cultures – it was often thought that a giant dragon was devouring the sun in an act of anger or disapproval at earthly goings-on.