Travel recommendations can be very hit and miss. Somebody’s ultimate luxury can be another’s pretentious overkill, and my road trip fantasies could easily be at loggerheads with your dreams of idyllic, palm-fringed beaches. So when a friend tells you that you simply must visit a particular hostel it’s tempting to first ponder how alike your travelling tastes really are.

I’m glad I trusted him on this though, because on my first major backpacking trip, in the first country I visited, I ended up in one of the most unique hostels that I have yet encountered.

The Celica Art Hostel, located just a few hundred metres from the city centre and a 5 minute walk from the central train and bus station, is one of those places that leaves an indelible mark on your travelling psyche. 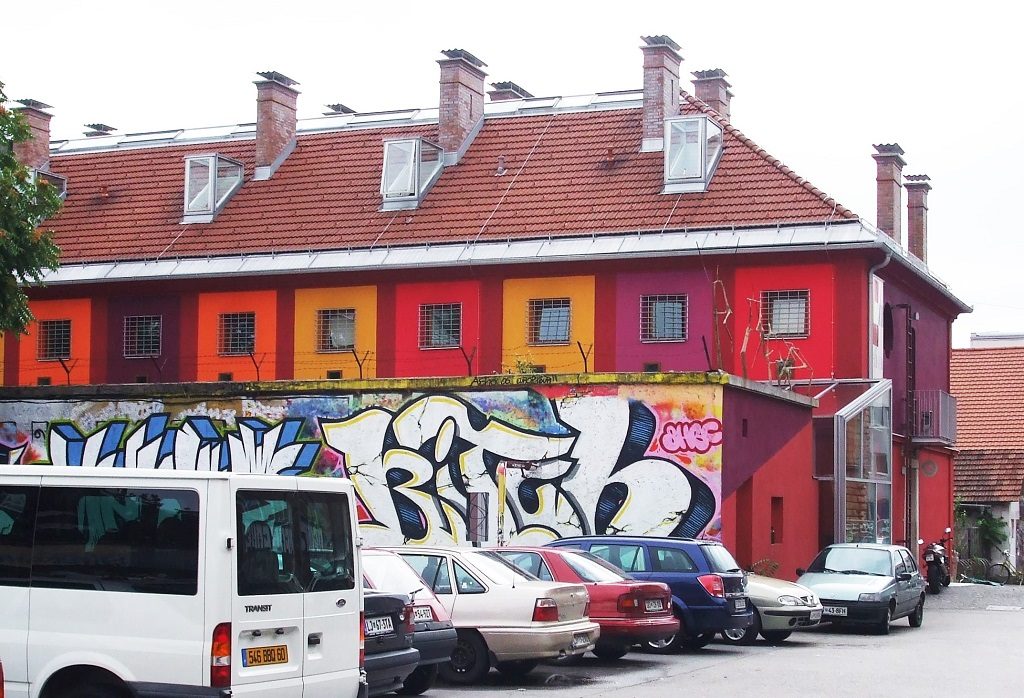 The building itself served as a prison for over 100 years since being built as military barracks by the Austro-Hungarian army in 1882. Following Slovenia’s independence from the former Yugoslavia in 1991 the building fell into disuse.

Over a decade’s worth of demonstrations and bureaucratic struggles later, during which a group of artists and other supporters fought to preserve the building and convert it into a lasting legacy, the Hostel Celica was born.

Since it first opened its doors to guests in 2003 (only for the guests to lock them again – but that’s part of the appeal), the Celica’s singular origins have continued to draw travellers in search of that distinctive experience. 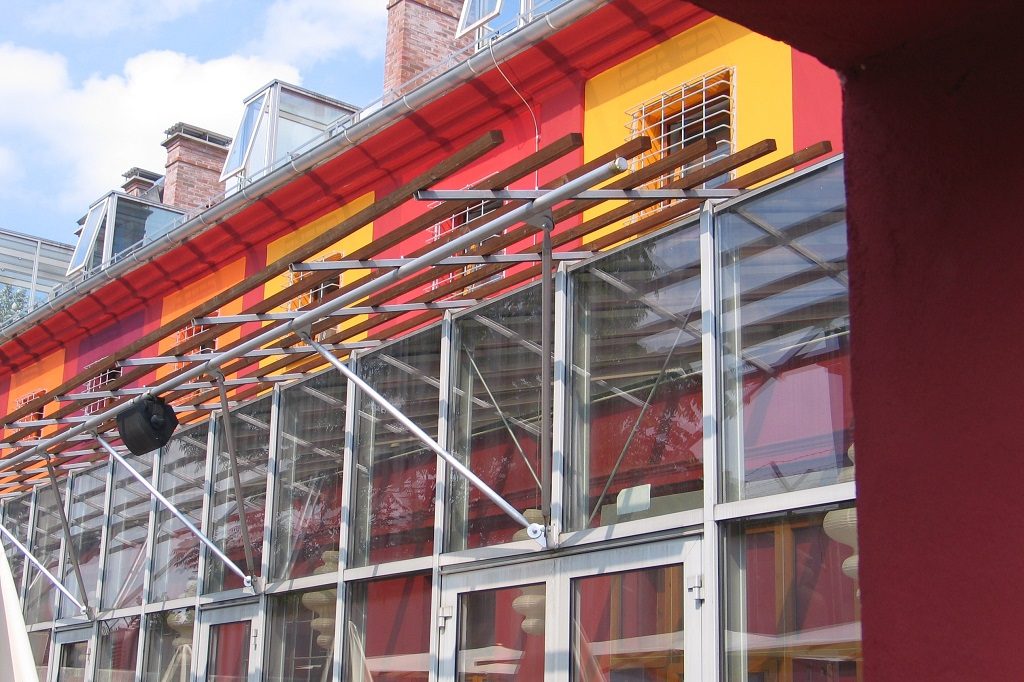 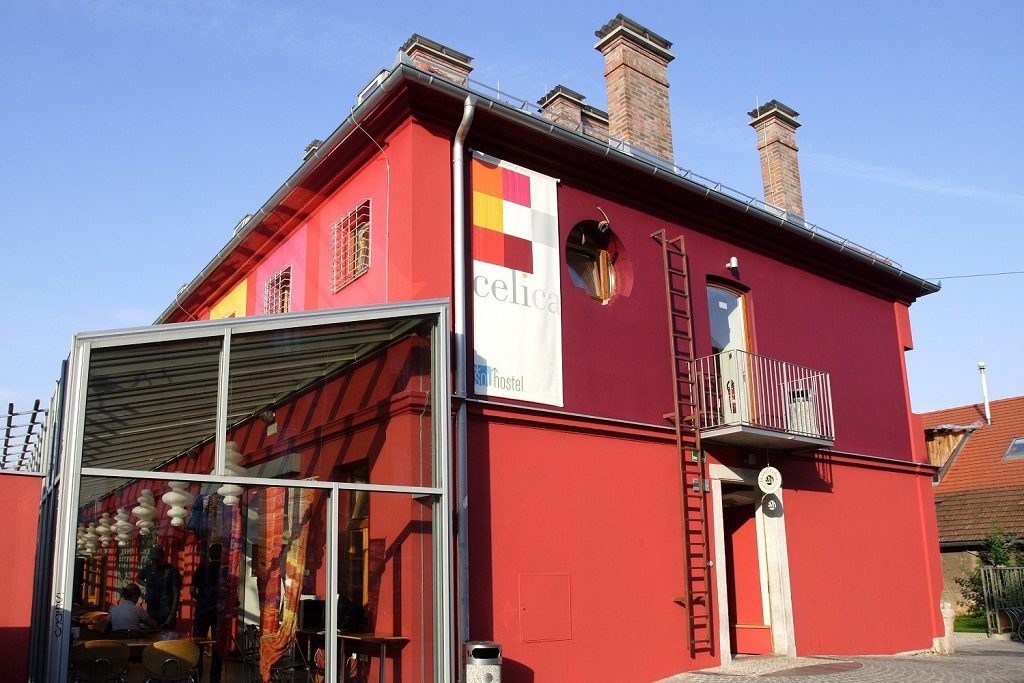 The star attractions, accommodation-wise are the 20 former prison cells now transformed into quirky individual rooms, each one a unique artistic canvas adorned with distinct styling and detail. Call me kooky, but my favourite thing about the set-up is that you can’t book a specific room according to your preferences, you get one assigned to you upon booking. As the website explains, it gives an element of surprise “The same way the prisoners could not choose theirs at the time.”

There are also several custom-built rooms, a couple of dorms and a 4-bedded accessible to cater for all circumstances. But yes, I stayed in a cell, it was the only choice for me. 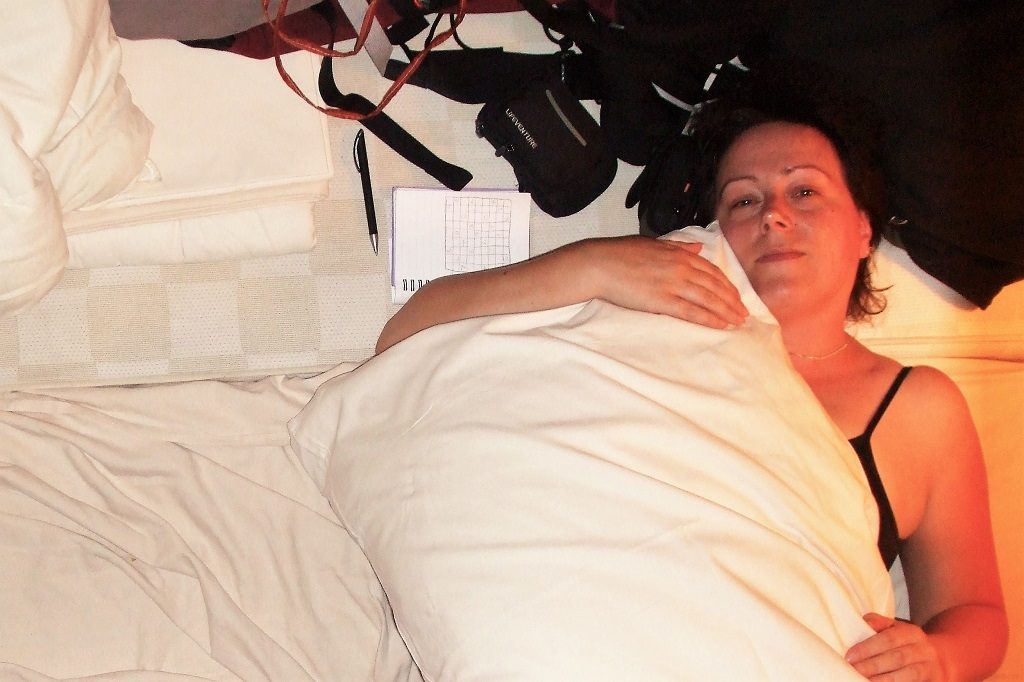 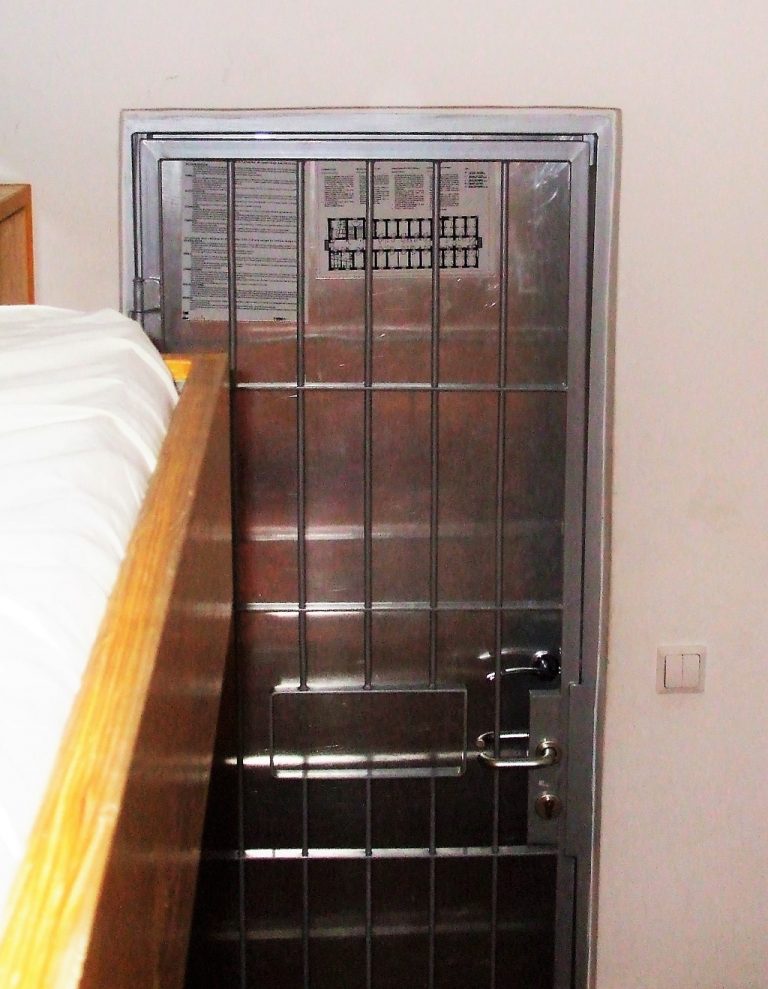 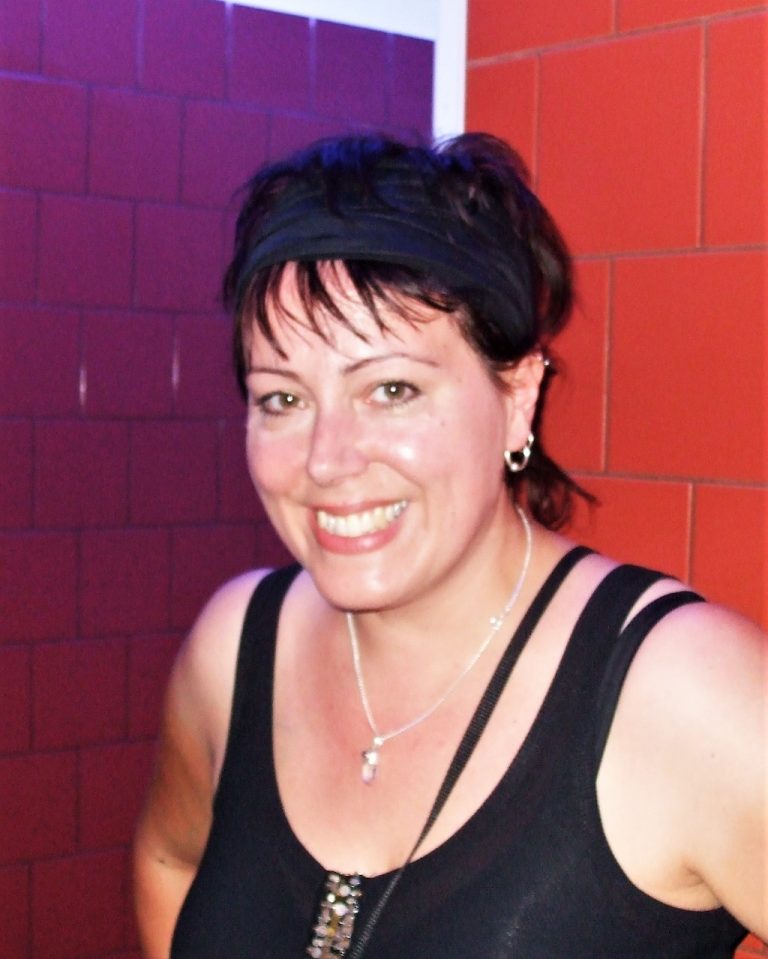 For a truly poetic piece of architectural re-imagining, we need only look at what has been done with the building’s basement. Converted into a dungeon-like museum, there’s a sombre aura in which to reflect on the dark and doomy doings of the past. But the ultimate message is an upbeat one, promising a bright and hopeful outcome – because directly above the original solitary confinement cells, and creating the perfect counterpoint to the museum, sits the Point of Peace. As the website describes…

No matter who you are, who you believe in or to whom you show your love. Travelers from all walks of life are welcome at Celica – no exceptions! The message of openness and acceptance could not be better symbolized by the Point of Peace, the only former prison cell where prison bars have been removed from windows and doors. The Point of Peace represents the meeting point of all travellers who want to get in touch with their spiritual side or just give themselves a moment of peace and quiet. There are 6 niches where each represents a world religion – Christianity, Islam, Judaism, Buddhism and Hinduism. The sixth one is left empty and opened for any other religion, your own belief.

Sleeping quarters and historical relics aside, the chillout factor permeates pretty much every aspect of the Celica. In the Oriental Cafe especially, with its eastern-tinged frescos and mosaics, de-stressing on the low wicker pouffes is virtually the raison d’etre. 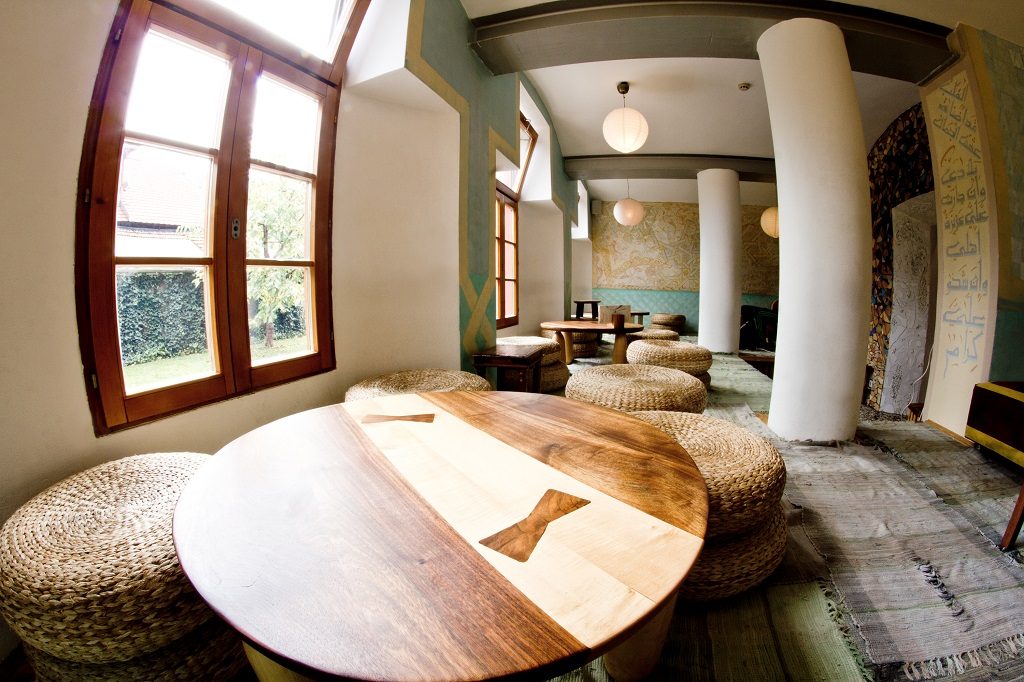 An optional extra would be to partake of an aromatic hookah – apple and vanilla shisha flavours were on offer during my stay. Either way, there is time to unwind and an ambience for quiet contemplation or gentle conversation.

The walled outdoor/garden area belies the fact that the hostel is nestled snugly within the capital city of Ljubljana (granted, one of the dinkiest and most compact European capitals of all), and the restaurant dishes up a great range of eating options, should you decide to keep yourself in confinement and not venture out yonder city. 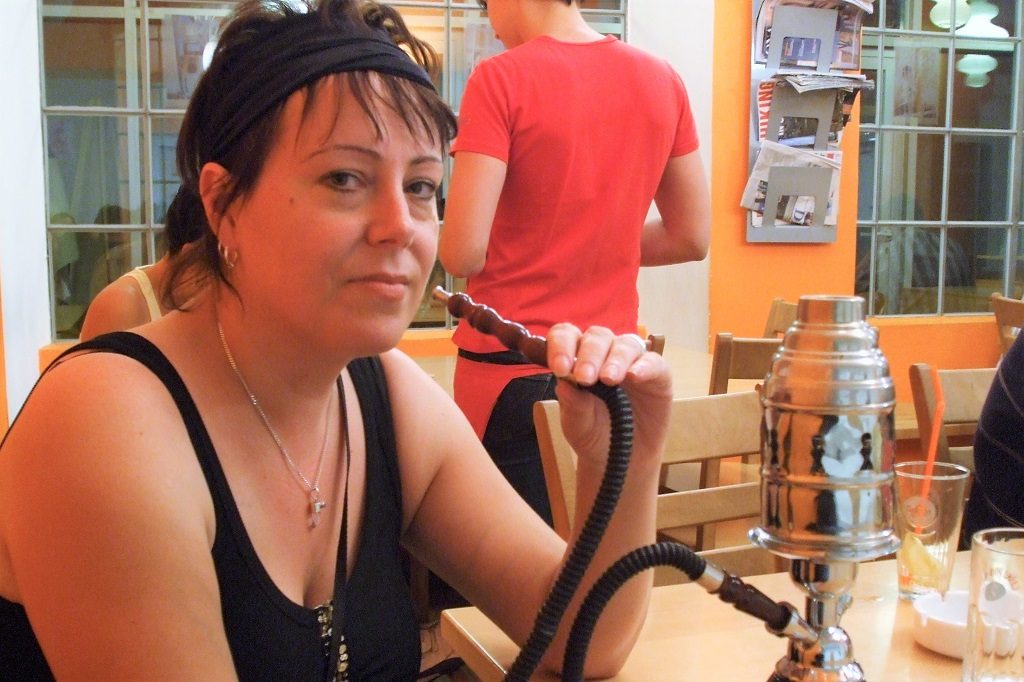 Not The Hard Cell

Then there’s that ever-present convivial vibe, and I can tell you it’s the best kind. Buzzing in places, reflective in others, but always heartily welcoming. Over the years I’ve stayed at many great hostels, as well as some not so great, and a smattering of the ‘meh’ variety. In terms of city location, atmosphere, facilities and quirkiness, it’s difficult to beat, and its inclusion in the Balkans Best Hostels website is totally merited. 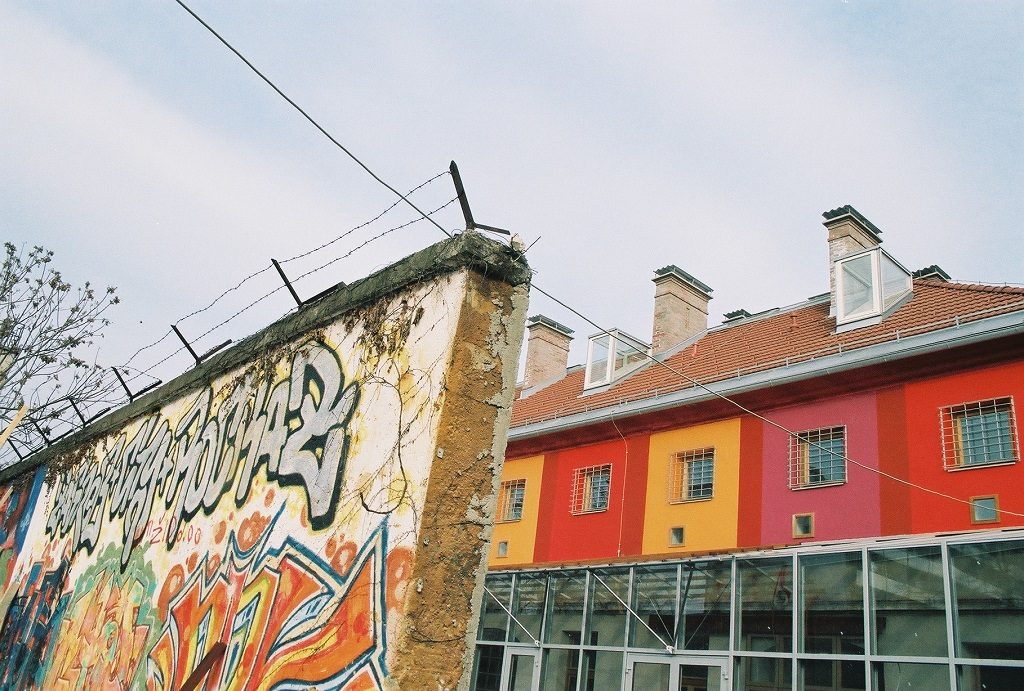 It’s been a while since my visit, and Slovenia itself is such a dazzling jewel of variety for its size that another trip is well overdue. It’s a given that I will grab the chance to once again sleep behind the bars of a Celica cell, and I’ll leave it to fate or circumstance to decide which one. 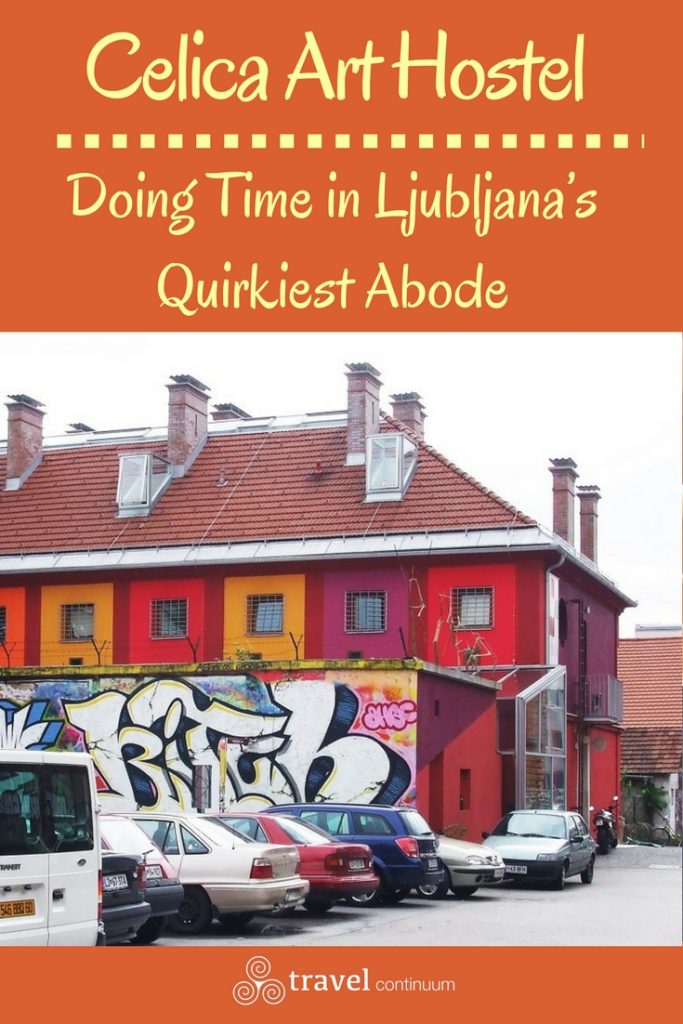 Disclosure: This Slovenian trip was an independent undertaking and the views are my own, as are the shamefully criminal puns.