Celebrating the September Equinox – autumn festivals around the world 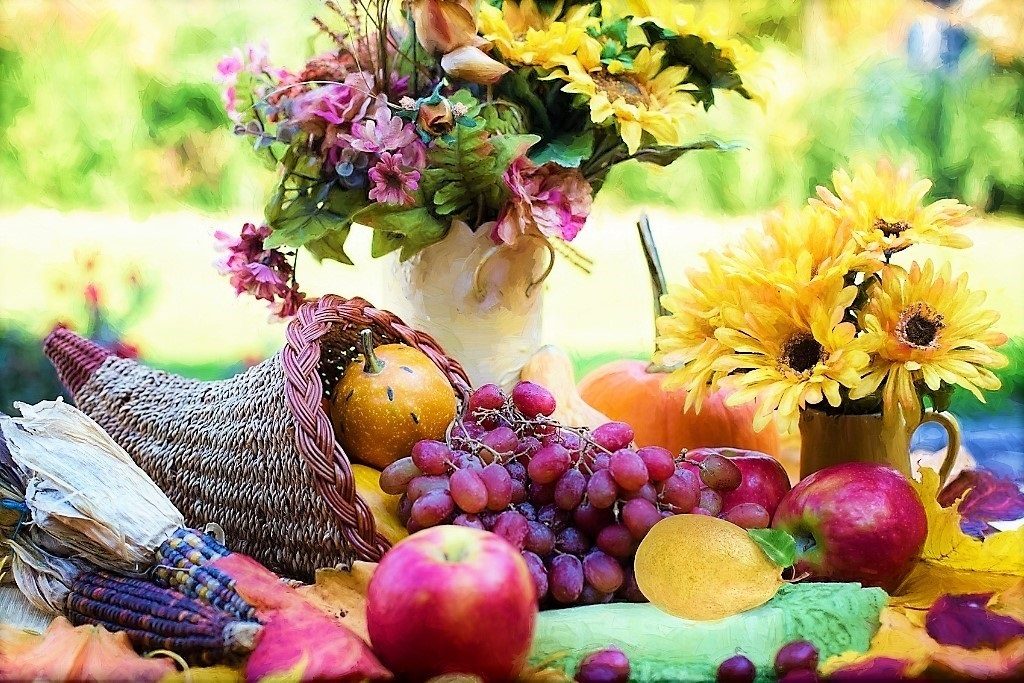 Autumn has always been my favourite time of year. The trees begin to shed their jewelled leaves and the Sun starts to descend on its annual path, casting deep, golden shafts of light across fields and homesteads in the late afternoons.

According to the shops, it’s already almost Christmas, but stop! I don’t want to fast-forward to the end of December, I want to savour this wonderful, transitional time of year. And what better way to do it than by marking the September equinox? Many cultures through the ages have done so via festivals and other celebrations, and I’ve picked a few of my favourites to demonstrate the similarities and the differences in how we salute this pivotal point in our orbit around the Sun.

The September equinox is one of those ‘celestial mechanics’ things that’s easy to define but not so easy to visualise. It happens when the Sun’s position in the sky moves south across the plane of the Earth’s orbit. It marks one of two points of almost equal day and night, the other being the March (or spring/vernal) equinox.

We all know that ‘down under’ in Australasia, South America and southern Africa, September marks the onset of spring, but since over two thirds of the planet’s land mass lies above the equator, most articles featuring the September equinox tend to refer to the approach of autumn in the northern hemisphere. That’s what I’m concentrating on here – let’s go celebrate! 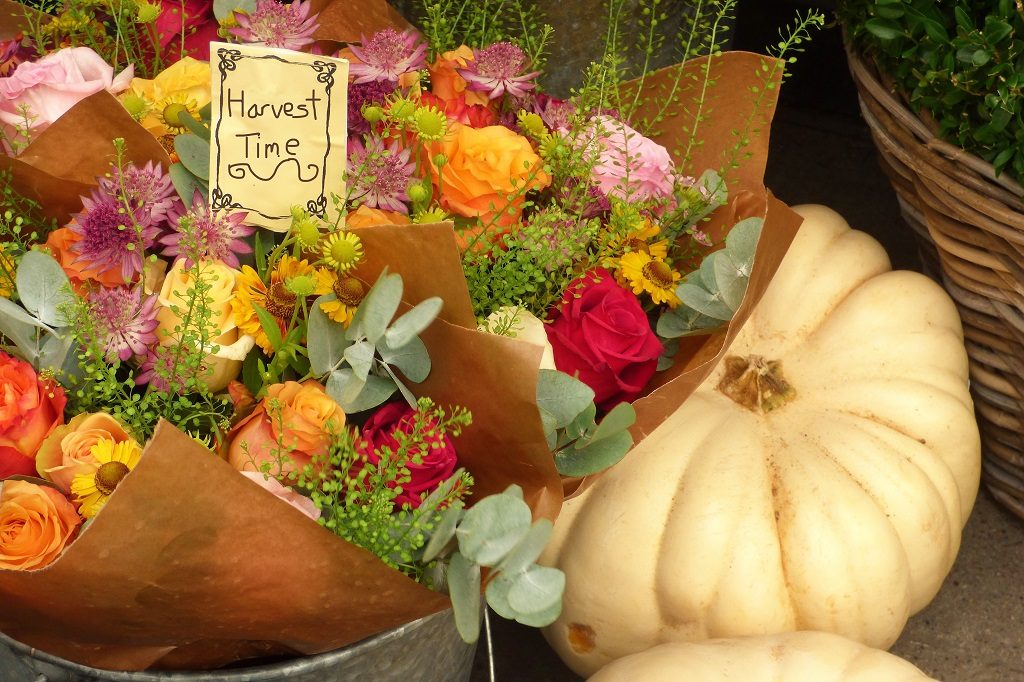 I vividly remember ‘Harvest Festival’ time as a child because it was quite a big thing at school. It was the first major event of the school year, during the week leading to the Sunday nearest the Harvest Moon (the full moon occurring closest to the September equinox). Not only did we bring tins of food for distribution to the less fortunate, but I recall belting out the classic thanksgiving hymn We Plough the Fields and Scatter, with gusto.

The original concept goes back a long way to early pagan rituals but today’s versions, including the North American Thanksgiving holiday (although this takes place later) have been imbued with Christian principles. Cornwall’s take on the event, known as Guldize, retains more of the old folk traditions, such as the Crying of the Neck declaration, where the last handful of grain is held aloft and claimed with gratitude. 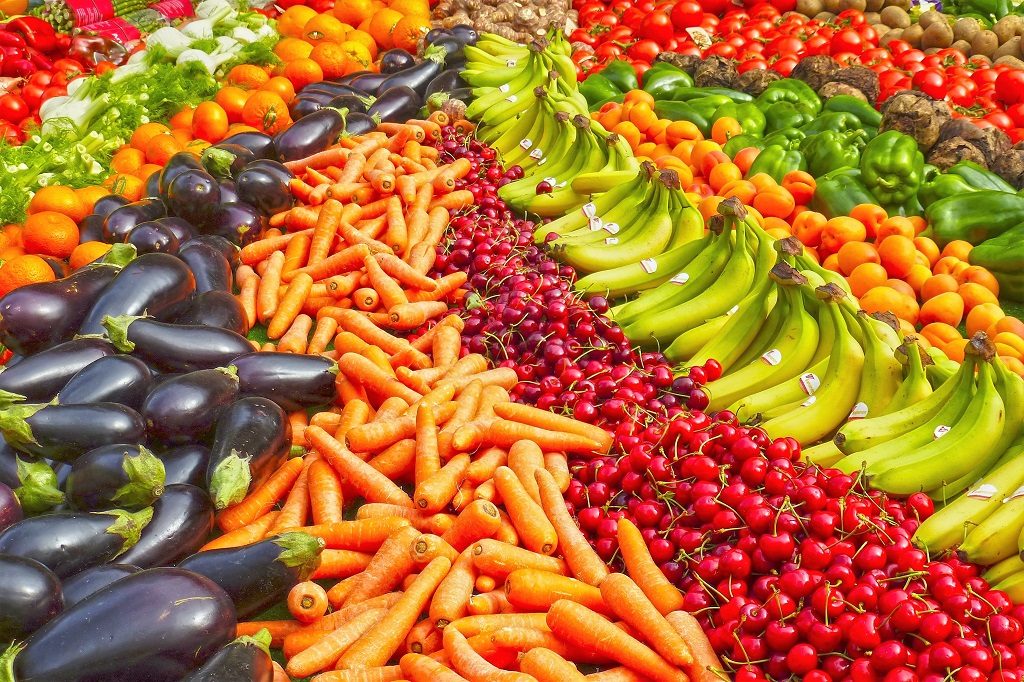 Continental Europe has a similar mix of influences in its equinox and harvest events. In Poland and other Slavic nations, the Dożynki festival, originally held on the equinox, is initiated by a procession of townsfolk carrying a large decorated wreath or garland, representing the harvested crops. The solemnity is followed, as you’d expect, with lots of music, dancing, feasting and other revelry.

Latvia’s Miᶄeᶅdiena (autumn thanksgiving) fair is named after a Christian archangel, Michael, but dig back further and you’ll uncover folk tales of the fertility god Jumis, and how villagers would honour him with bunches of grain, to appease him and ensure his return (and a good crop) the following year.

All this talk of bountiful crops could make you thirsty, but I have just the place for you. The Hungarian Szüreti celebrations focus on the harvest of one particular fruit – grapes. And how do they celebrate? By drinking lots of wine – how else?! I’m tempted to head over there one autumn for some wine-tasting, feasting and general Magyar merriment. 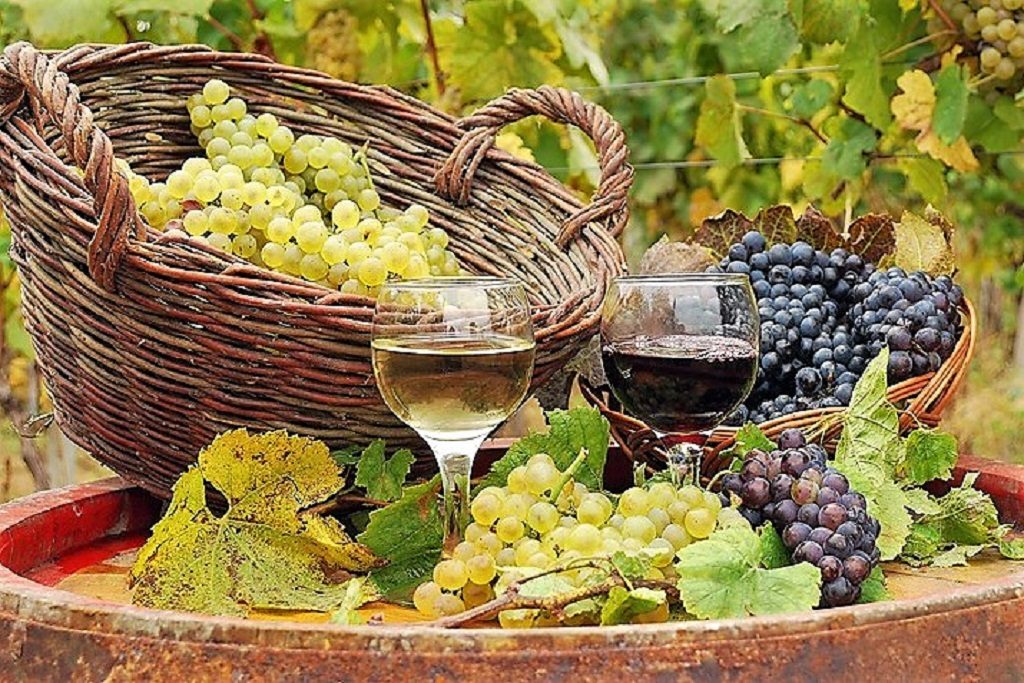 Fun fact: In addition to natural deities such as woodland and water spirits, Slavic pagans had ‘star gods’, including the male Mesyats (Moon God) and Solntse (Sun Goddess), which I find especially intriguing as it’s a reversal of the usual genders.

With paganism becoming increasingly popular in western societies, the tides are turning against some of those imposed Christian values, as archaic customs are revived and get a modern tweak. In Druidry, the autumn equinox ritual is known as Alban Elfed, meaning ‘the light of the water’. For Wiccans, Mabon is the second of the three harvest ceremonies, between Lammas and Samhain. It’s similar to Alban Elfed although it’s a more recent addition to the neopagan calendar.

Ceremonies always involve giving thanks to the Mother Goddess for the abundance of fruit and vegetables and marking the balance of day and night. If you don’t follow a specific spiritual path but would still like to mark the equinox in pagan style, you could:

The beauty of pagan customs is that you can be very interpretive – it’s the intention that’s important. 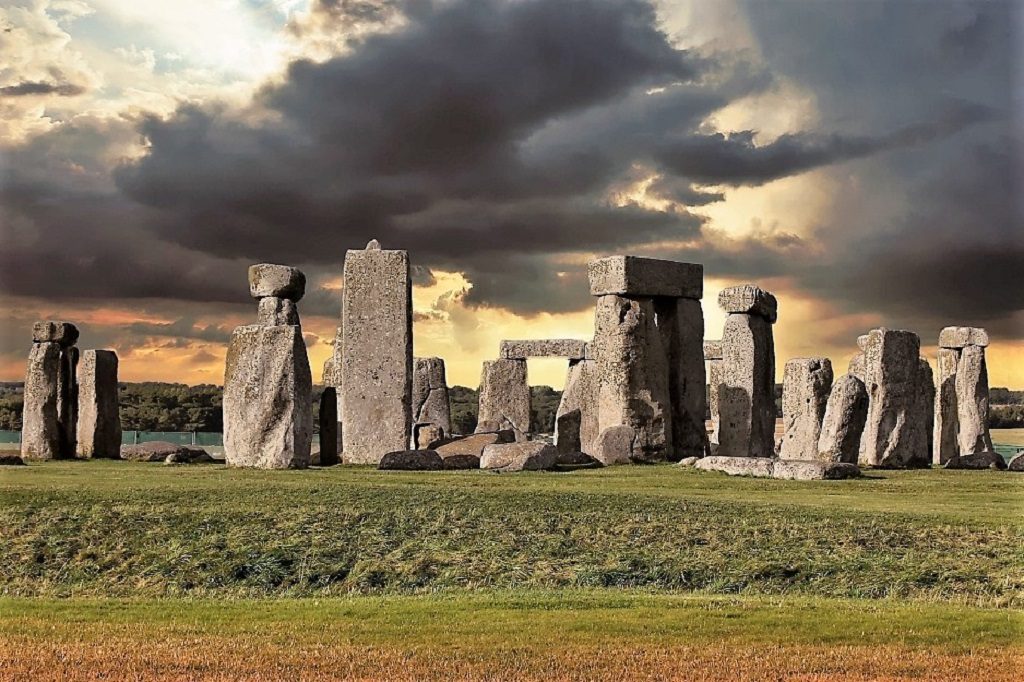 Fun fact: Although our western calendar is based on the solar cycle, a lunisolar calendar is used to determine the dates of Easter each year. That’s why it seems to hop about like the Easter bunny! See Lunisolar Calendars info below.

According to the Hebrew lunisolar calendar (see below), this week-long Jewish festival takes place on the 15th day of the 7th month and falls close to the Harvest Moon. Its purpose is two-fold, marking not only the harvest but observing aspects of the Jewish faith.

Sukkot (often known as ‘tabernacles’) are temporary dwellings in which farmers would live during harvesting. Families build their own sukkah (singular form), which typically consist of 3 walls with a roof of natural vegetation, and all meals are eaten in the sukkot during the festival.

Every day, the Taking of the Four Kinds is performed, where a bundle of four different crop types is waved around as special blessings, or hoshanot, are recited. While Sukkot is a more solemn affair than some autumn festivals, recent generations have found increasingly fun and creative ways to decorate their sukkah – there are even T-shirts available today with the logo ‘You’re using what in your sukkah?!’!

Taking of the Four Kinds, left from the Boreka Diary and a sukkah, right courtesy of Fort George G Meade 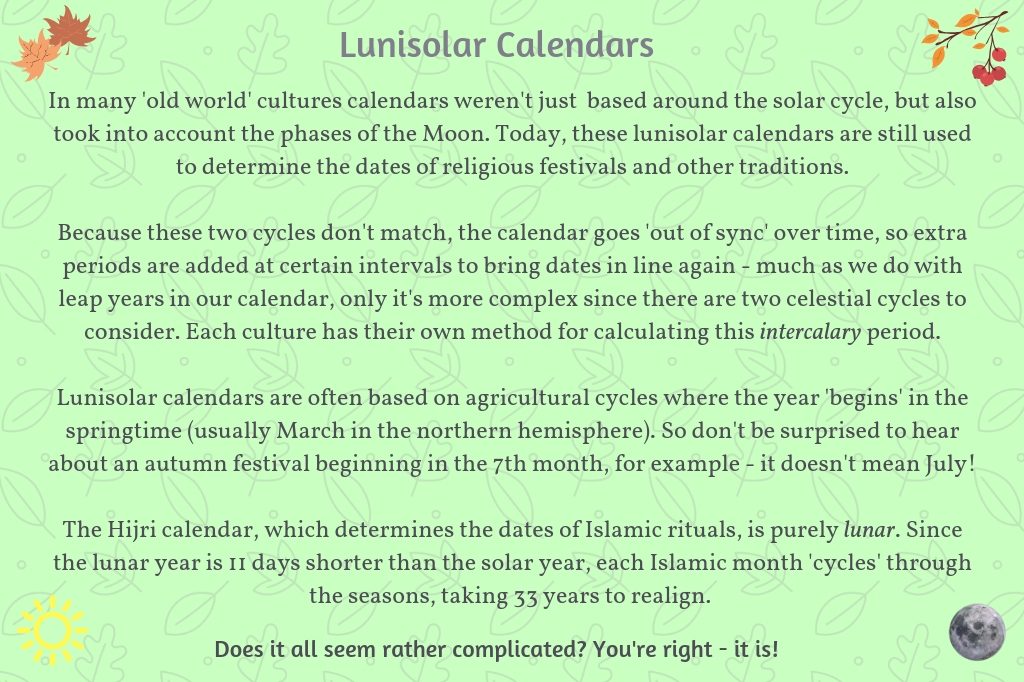 Held in honour of the divine feminine Devi (aka Durga), Navaratri celebrates the triumph of good conquering evil and the restoration of dharma, a concept akin to ‘cosmic law and order’. It’s also a way to give thanks for a good harvest. Each day, one of Devi’s nine forms is honoured. My favourite is the 4th incarnation, Kushmanda, who represents the cosmic egg and is considered the creator of the universe.

In Gujarat, the famous Garba dances are performed, with everyone spinning around as they hold their decorated dandiya sticks. Other regional celebrations include; chanting of Hindu scriptures, fasting and/or feasting, burning or drowning of evil effigies, lighting lanterns and gathering symbolic grains. It’s an auspicious time for Hindus and an opportunity to wear their most colourful clothes and best jewellery. 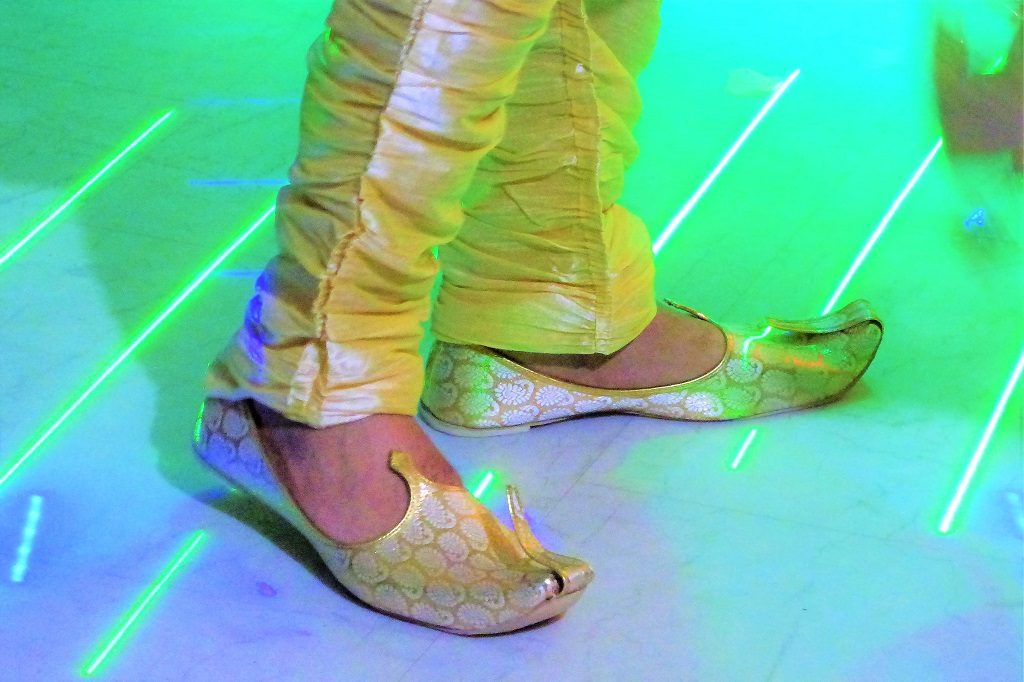 Since the days of the Shang dynasty (1600-1046 BC) the people of China have celebrated Chang’e, the Chinese Moon Goddess, and the time of the Harvest Moon.

Thanks to the wide-reaching cultural influence of China, the Moon Festival, also known as the Mid-Autumn Festival, is now one of the most important outdoor festivals not just in China, but other parts of eastern Asia, particularly Vietnam. It takes place on the 15th day of the 8th month in the lunar calendar and celebrations consist of family reunions, observing/revering the Moon and playing word-riddle games on paper lanterns. Mooncakes are baked and feasted on by the gazillion. They are, unsurprisingly, circular (symbolising unity) and are usually sweet, but do vary across the regions.

In both North and South Korea, the 3-day Chuseok is observed at the same time, but the celebrations are tempered by honouring the departed with ancestral memorials. 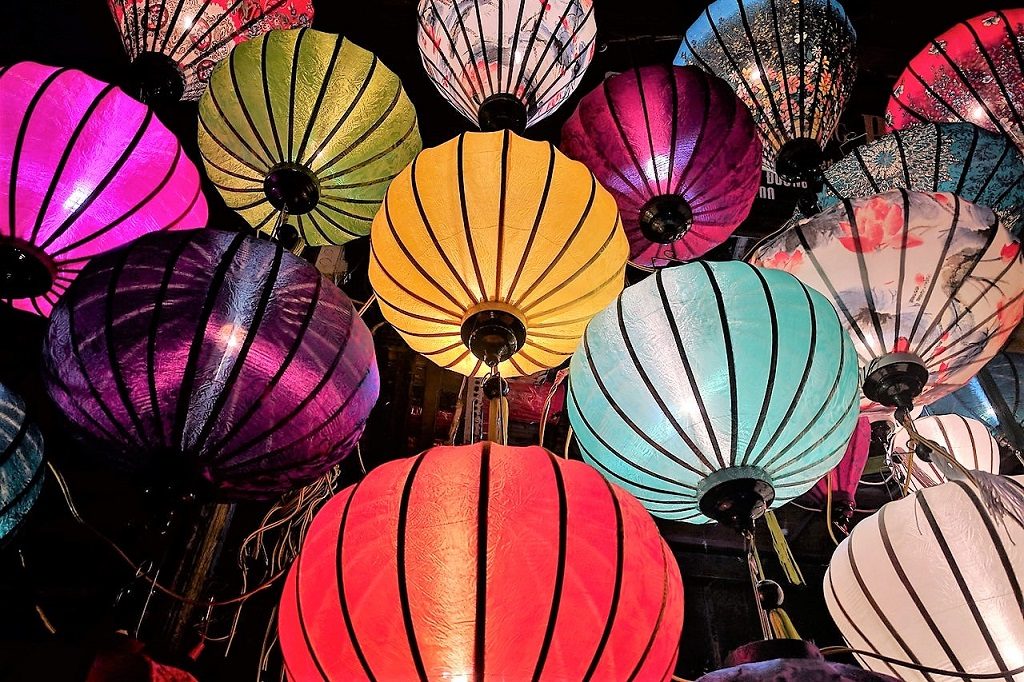 Fun fact: There’s an old fable among the Zhuang people of China which tells of the stars being the children of the Sun and Moon. When the Moon becomes pregnant she grows to full term (full Moon) before giving birth and waning back into her crescent form.

Higan, meaning ‘the other shore, where the departed are’, is a traditional Japanese rite (and public holiday) which takes place at both equinoxes. It’s a Buddhist custom dating from the time of Emperor Shōmu in the 8th century. Rituals often take place in Buddhist temples or involve visiting the grave of a deceased relative and honouring their memory with decorations, incense and food. Around the autumn equinox, the red spider lily flower begins to bloom, so it features heavily in the decorations. Round or sphere-shaped food, such as sweet rice cakes and dumplings, is favoured, as it denotes the natural cycle of life and death.

While the modern focus is to honour the dead, many Japanese accept that the origins may go back to ancient agricultural observations of the changing seasons. 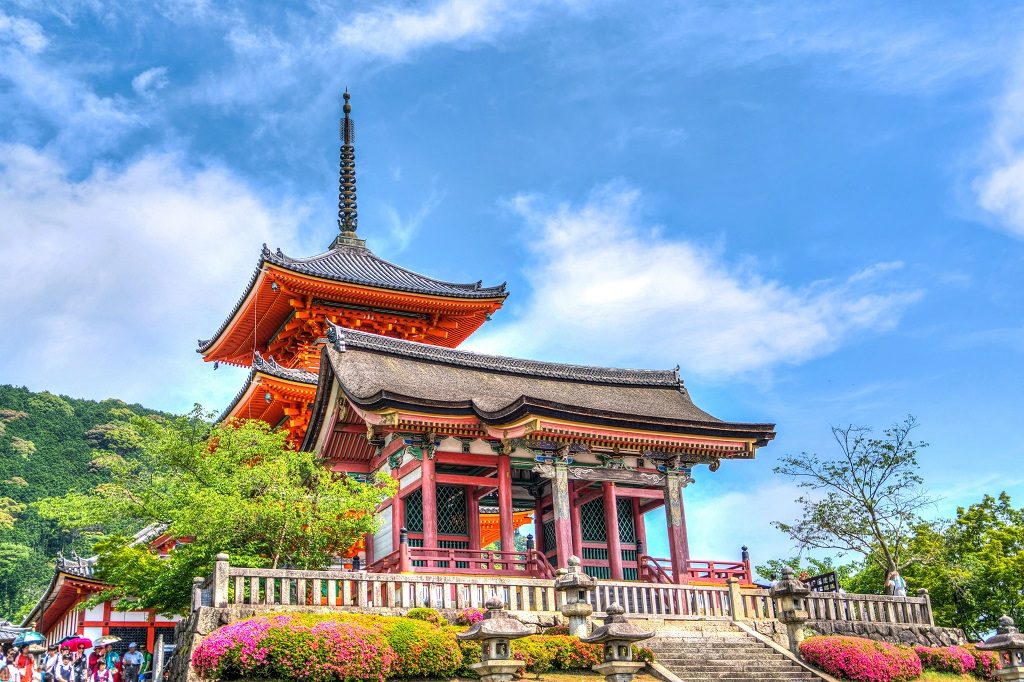 Fun fact: Have you noticed how Ramadan (one of the 12 Islamic months) occurs a little earlier each year? That’s because it ‘lags behind’ the solar calendar by 11 days each time.

Many civilizations across the ages have been known to possess great astronomical knowledge, even building vast temples or stone observatories to mark important points in the celestial calendar. The Mayans were no exception. At the temple of Kukulkan in the ancient city of Chichén Itzá in Mexico, crowds still flock to observe the equinoxes during a phenomenon known as the Snake of Sunlight.

As the equinox nears, the Sun’s rays approach a series of triangles carved into the side of Kukulkan’s main stairway, gradually illuminating them from the top down. At the base of the stairway, a giant carving of a snake’s head awaits to complete the effect of a snake slithering down the stairs.

Even after hundreds of years, the alignment is still there. The scale of the universe is such that changes in angles, distance or motion can take a very long time to become apparent, but eventually, if the structure is still standing by then, the snake will wither away and disappear. 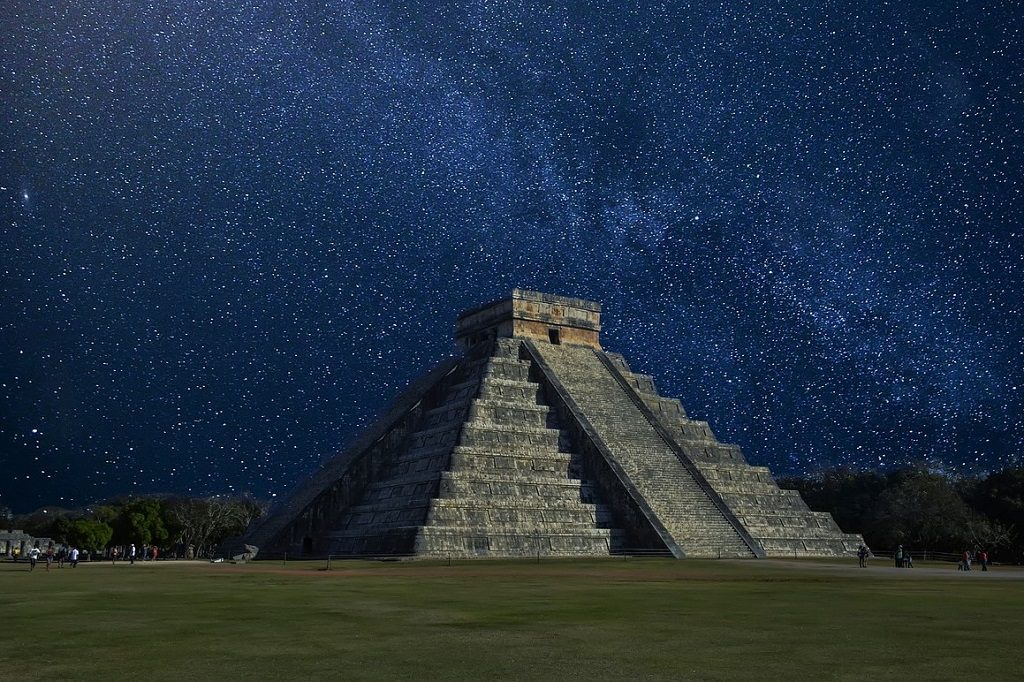 Most of the focus for these autumnal ceremonies is on the Moon, whereas the actual equinox is a solar event. But that’s just the science. What’s just as important is that we appreciate the benefits of the unique celestial motions in our Solar System that give us the seasons, the elements and the climate we need to grow food and sustain ourselves.

If we did that a little more often, maybe we’d learn to preserve it better. 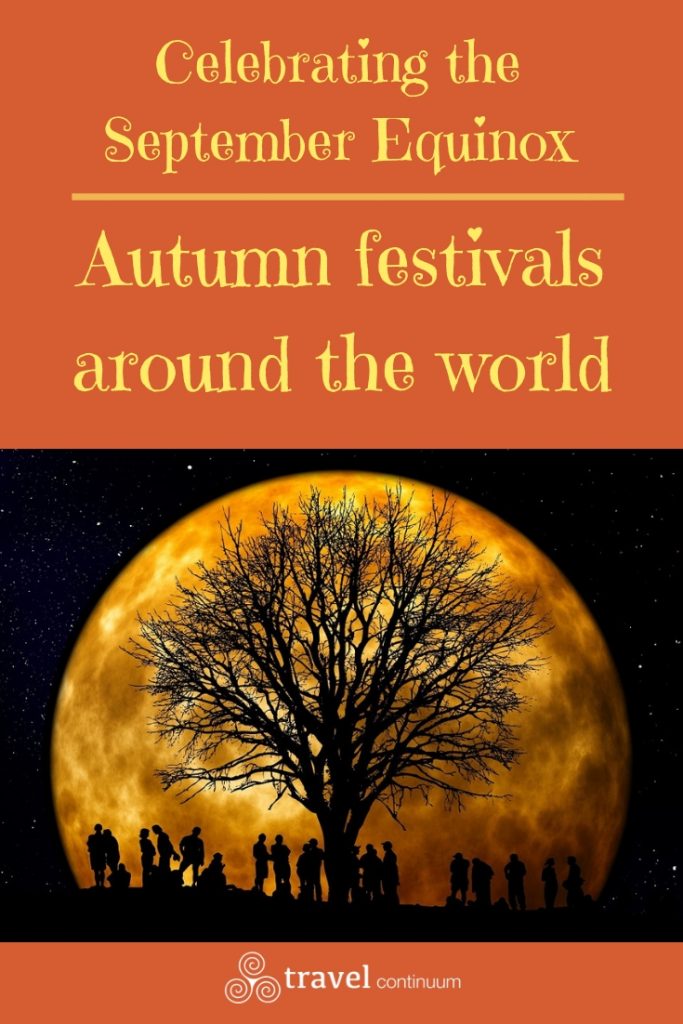