The Castle Garden of Malmö – an urban oasis 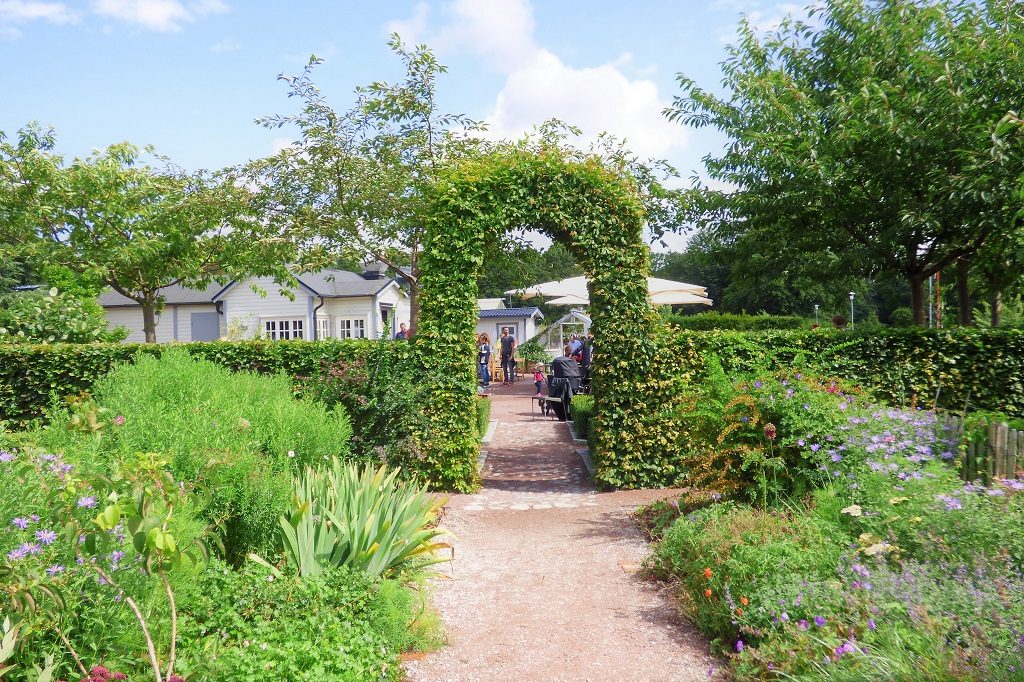 Less than 10 minutes’ walk from Malmö’s Central Train Station and even closer to the city’s famous Lilla Torg medieval square, lies a little enclave of ecological heaven which is easy to miss if you don’t know it’s there. The Castle Garden, or Slottsträdgården, is an organically-managed series of plant and vegetable gardens with a café, nestled between the major attractions of Malmö Castle and the impressive trees and parkland of both Slottsparken and the city’s oldest park, Kungsparken.

Officially opened in May 1998, the gardens cover 12000 square metres in total and consist of several individually-themed garden plots, a kitchen garden, an orchard, a herb garden, a meadow, a rose garden and a school garden geared towards children’s education and activities. 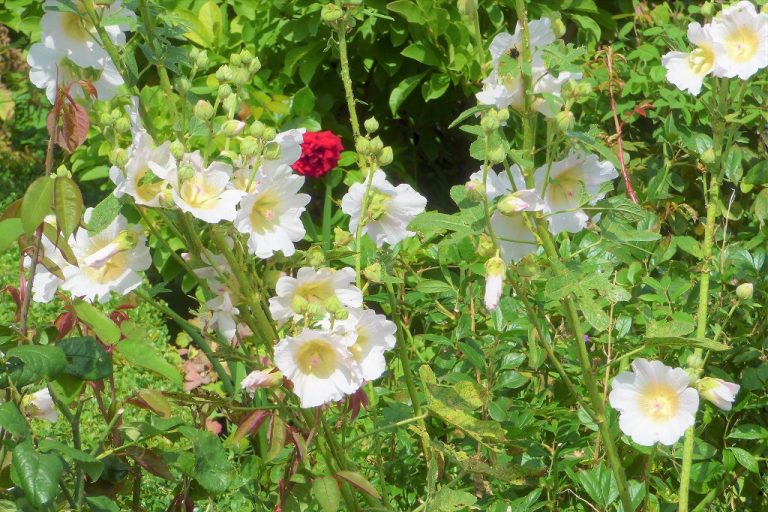 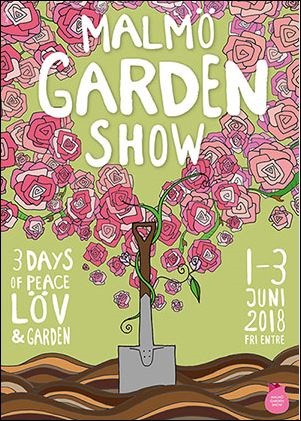 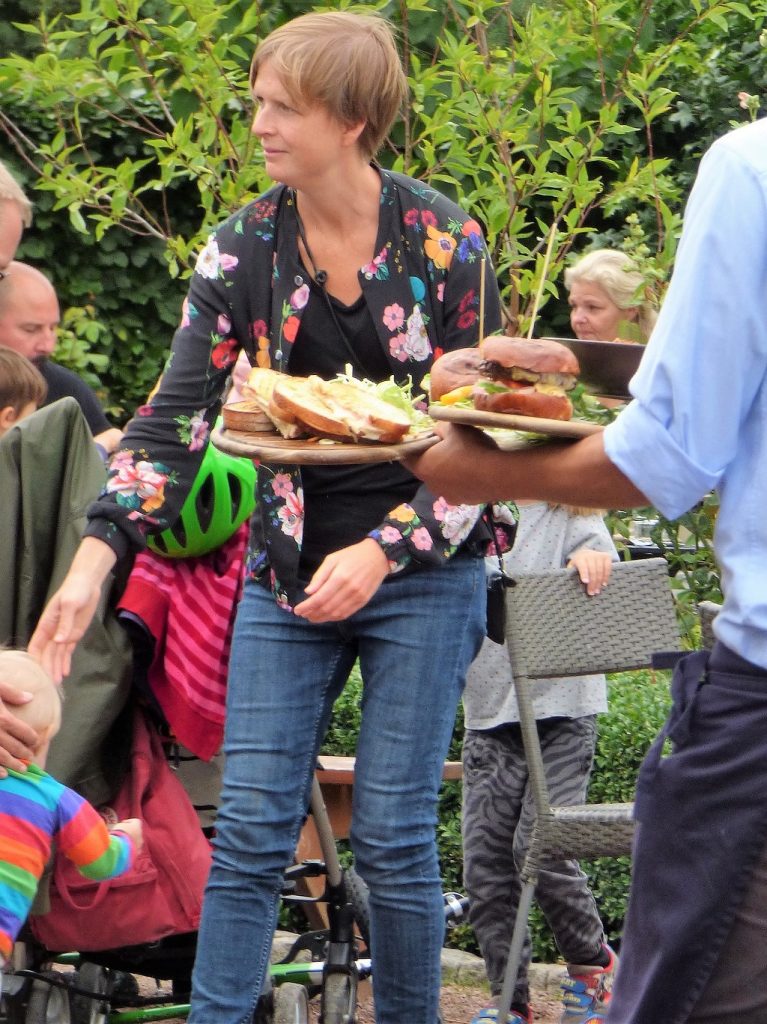 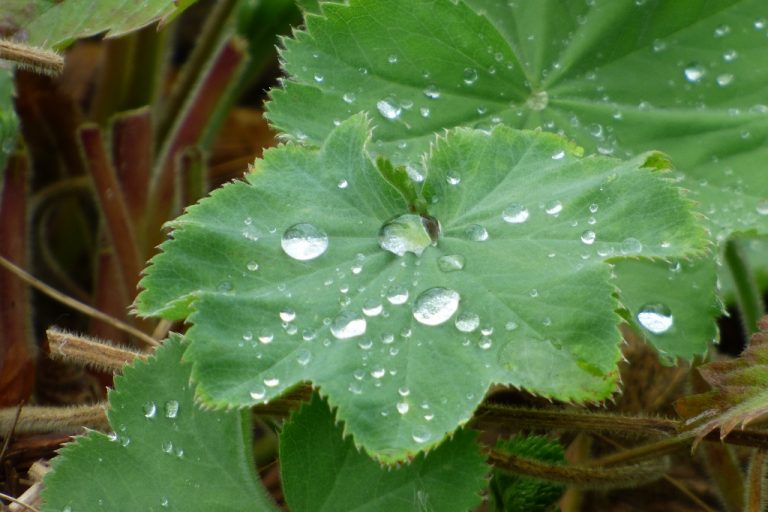 The values and practices of Slottsträdgården are firmly rooted in the concept of ecological integrity, encompassing organic cultivation methods and the use of environmentally-friendly products. But far from purposefully seeking out this forward-thinking little corner of Malmö, I stumbled upon it quite by accident, on a whistle-stop walk around the city. And, having found it, I think it’s worth sharing why I was so taken by my unexpected little discovery. 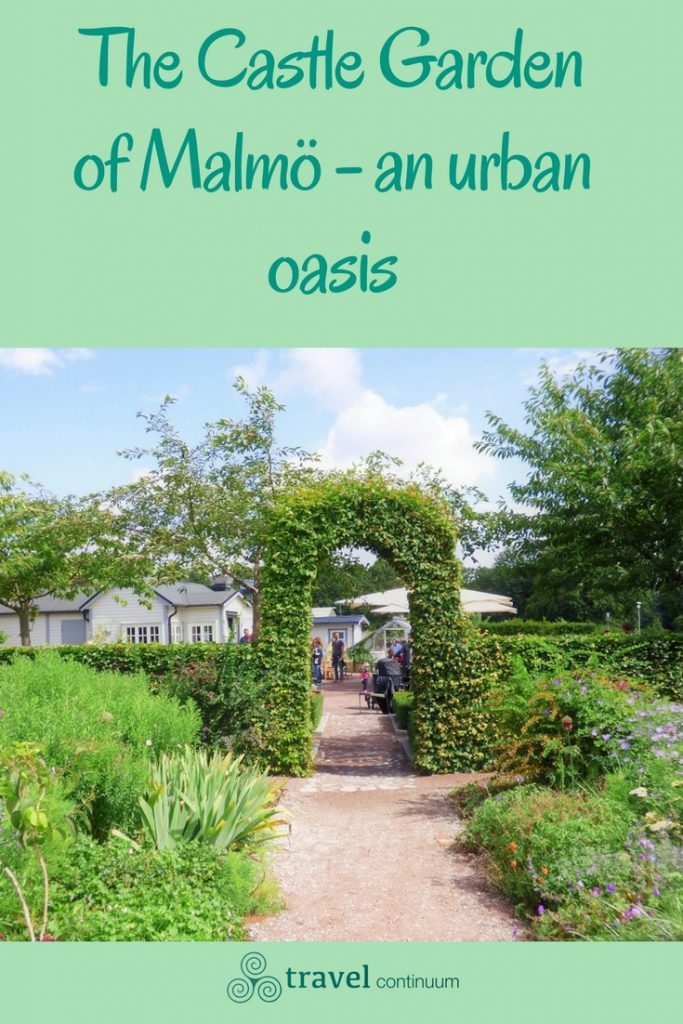 In 1994 a group of Malmö farmers hit upon the idea of creating an organic garden within the city which would be open to the public and used as a focal point for both pleasure and education. But where would they find the right plot of land?

As it happened, between the former fortress of Malmö Castle (now a museum) and the city’s oldest park, Kunsgparken, was a former tree nursery, now unused and neglected. It was the perfect spot and in 1997 the garden began to take shape. Originally maintained by an community association, the gardens are now operated by the City of Malmö along the same strong ecological principles with which they were created, for example, one of the strategies is to use a cyclical type of agriculture, where the soil is allowed a ‘rest’ every so often, allowing its nutrients to replenish. 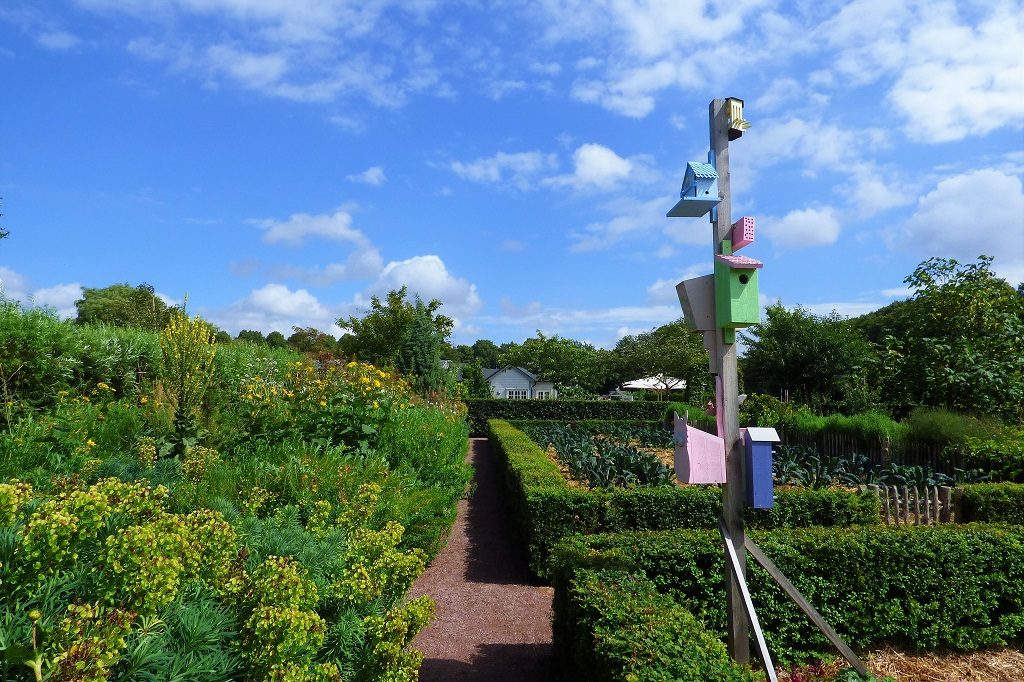 THE VEGETABLE, FLOWER AND THEMED GARDENS

Housing a range of tomato and pepper plants, the greenhouse keeps these staples of salads, soups and stews growing in the right environment. The kitchen garden forms the heart of the region, with its large selection of vegetables, some of which are occasionally offered for sale, depending on supplies, while the orchard features a range of traditional Scandinavian apples, pears and plums. 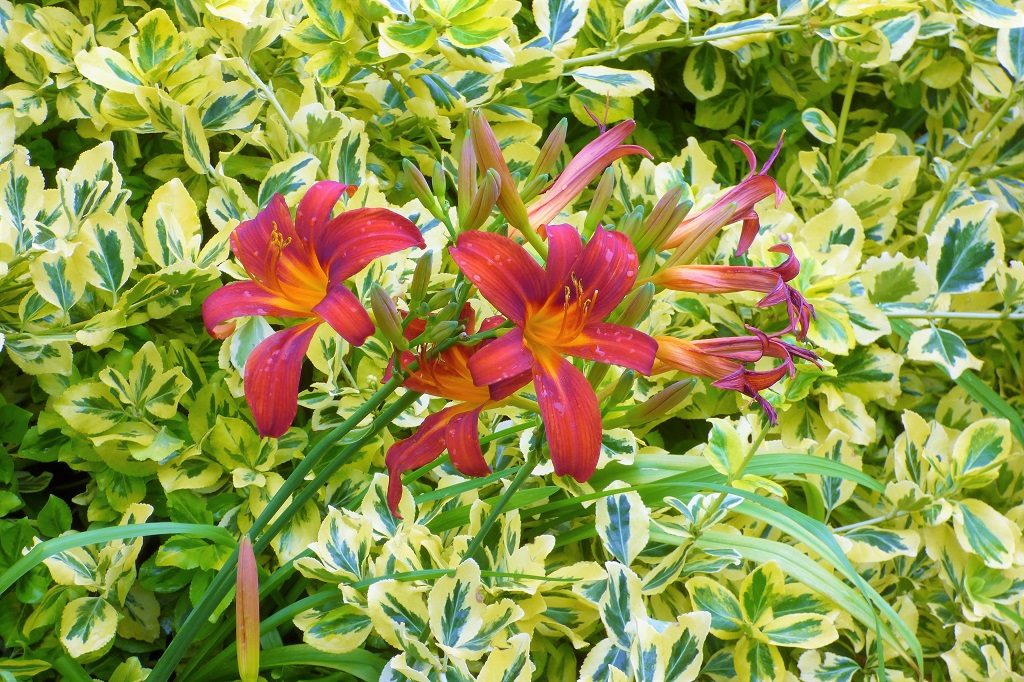 Two of the most popular sections are the Meadow, where picnics can be taken amidst the buzzing bees feeding on the nectar of timothy grass, clover and other meadow plants, and the Rose garden, with its old garden varieties, climbing roses and more modern hybrids. Another favourite for quiet contemplation is the Japanese garden, with inspiration taken from traditional Japanese garden art as well as Zen Buddhism in general. 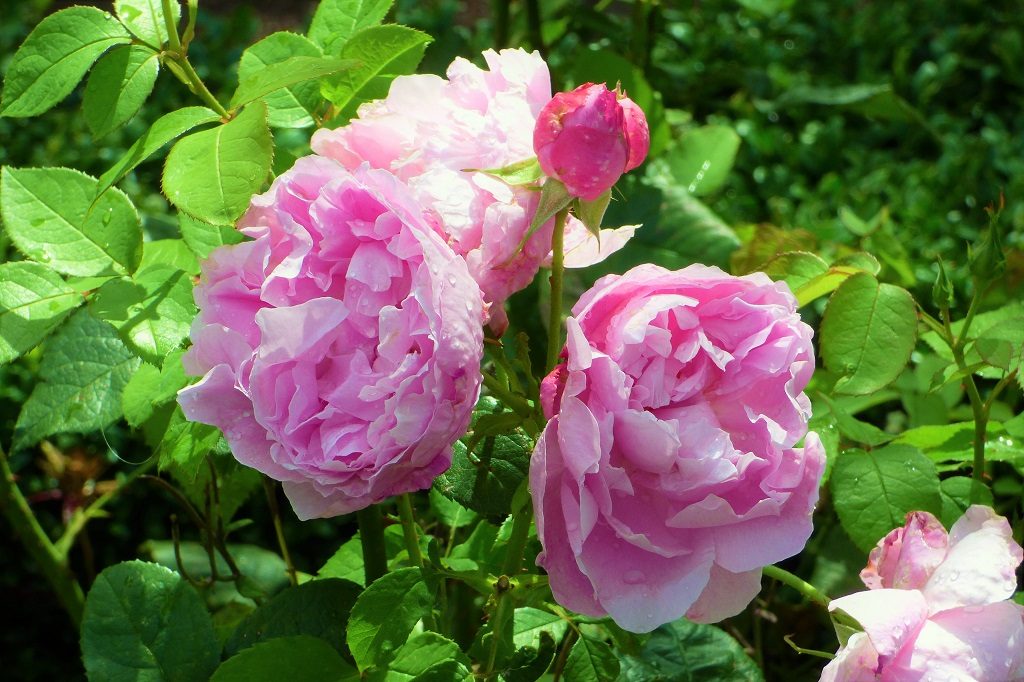 There are many more themed gardens than I can cover here, but as I wandered and weaved my way around, several particularly stood out.

Linnaeus garden, a botanical garden containing a selection of unusual plants, was created in 2007 to celebrate the 300th anniversary of the birth of renowned Swedish botanist Carl Linnaeus (or Carl von Linné after his ennoblement). Linnaeus revolutionised botany when he formally adopted binomial nomenclature for categorising plants, that is, giving each plant type a genus first, followed by a species, e.g. dahlia pinnata as distinct from dahlia imperialis, and this garden continues to honour his legacy. 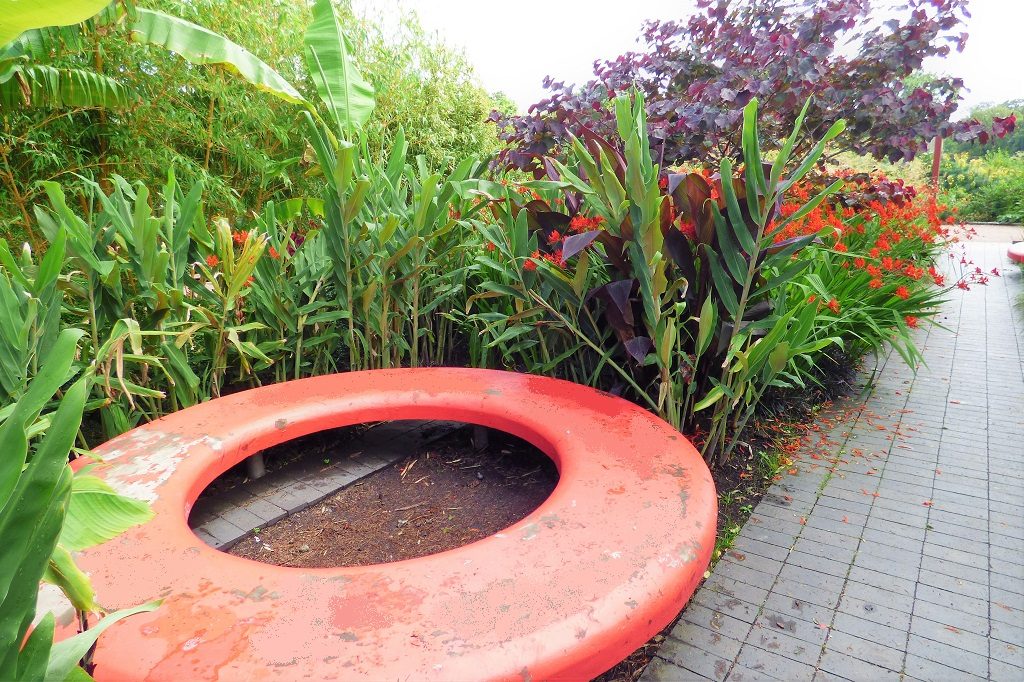 The Turbo garden is a fun corner which houses a lush collection of large-leaf plants prone to bursts of sudden, or ‘turbo’ growth, helped along by particularly nutrient-rich soil. In contrast to the prime conditions in the turbo garden, the steppe garden corner demonstrates how some less-fortunate plants cope with rather more challenging environments. Here, the sand-based soil is well-drained, and the plants have developed various coping mechanisms, such as silvery or succulent leaves to reduce evaporation. In some instances, plants can enter a dormant state during the drier season. Originating from different steppe and desert areas across the world, these are among the hardiest of plants, capable of surviving in climates with extreme variations in temperature and/or rainfall. 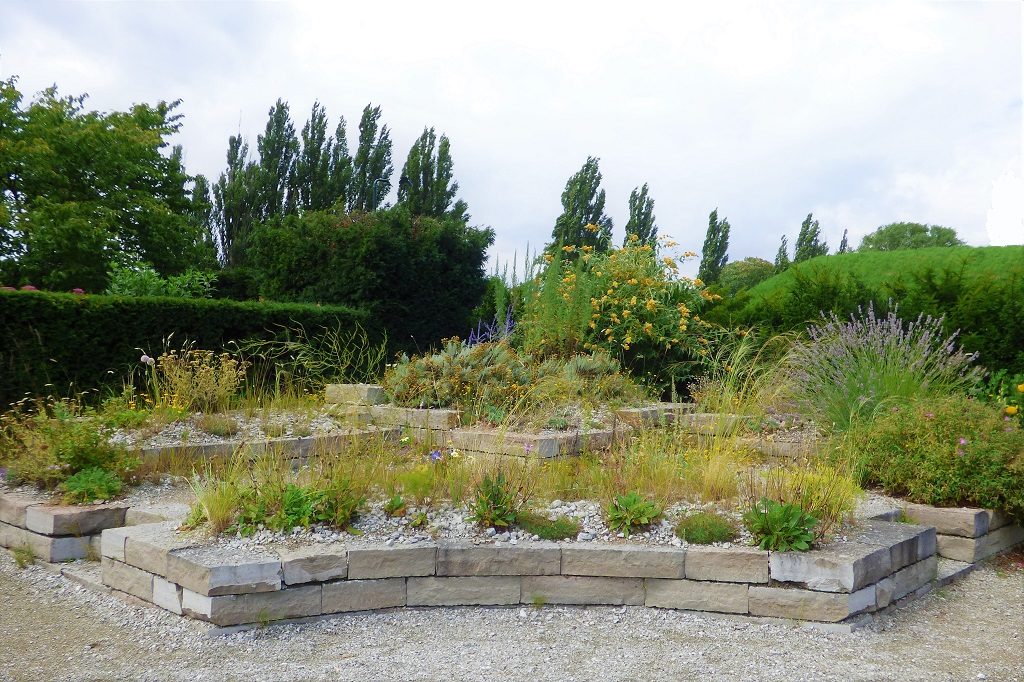 The Climate garden was the most poignant section for me. The specimens here include palms, bamboo and various grasses, all of which require a warmer climate in order to survive, let alone thrive. It’s a thought-provoking display illustrating just what climate change and the resulting increase in temperatures would mean in this context. Whilst it may seem amusing to think of palm trees growing in northern latitudes, what we must remember is what we’d lose in terms of biodiversity, natural materials, medicinal benefits, livelihoods and culture. 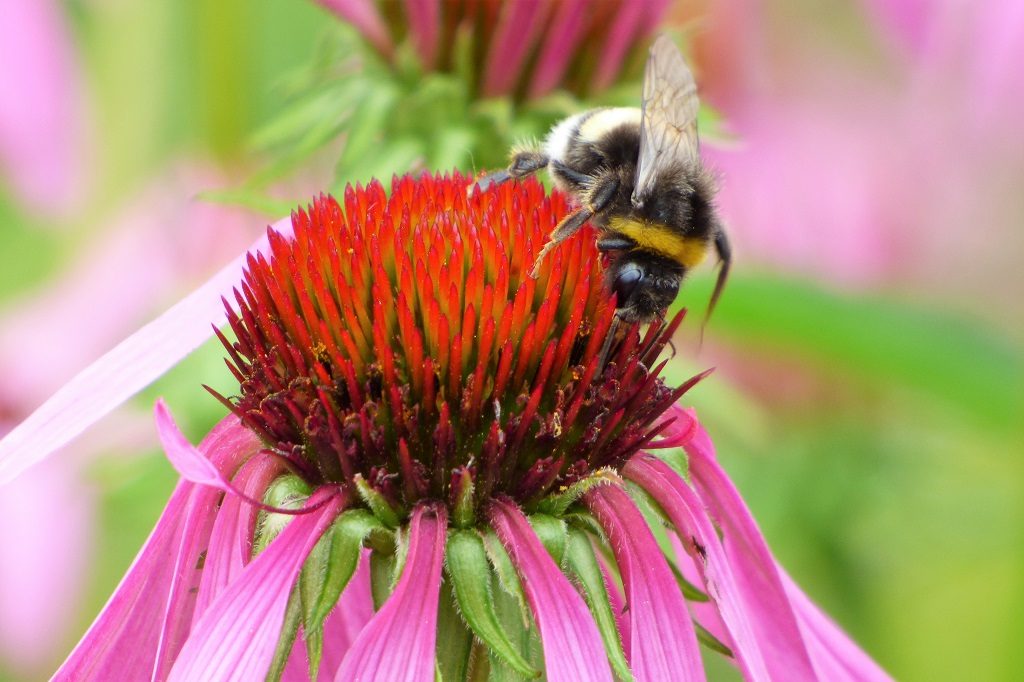 The contrasts don’t end there. Heidi’s garden, conceived by garden designer Heidi Palmgren, is a highly-stylised contemporary space with white myrtles, bluebells and clover, set amongst mountain bamboo displays and various sculptures. At the other extreme, the new perennial garden has a wilder, unstructured ambience and is at its most striking in early spring when both the cherry and magnolia trees are in bloom. Edged in wood, stone and box hedge, the garden is left to its own devices during winter, allowing it to provide food and shelter to countless insects and birds through the colder months.

EVENTS AND THE SURROUNDING AREA

In the spring and summer seasons, the grounds are put to even more good use through a series of activities, workshops and concerts. The jewel in this horticultural crown of events, held in early June, is the annual Malmö Garden Show, with its food trucks, garden displays, produce markets, family activities and entertainment. 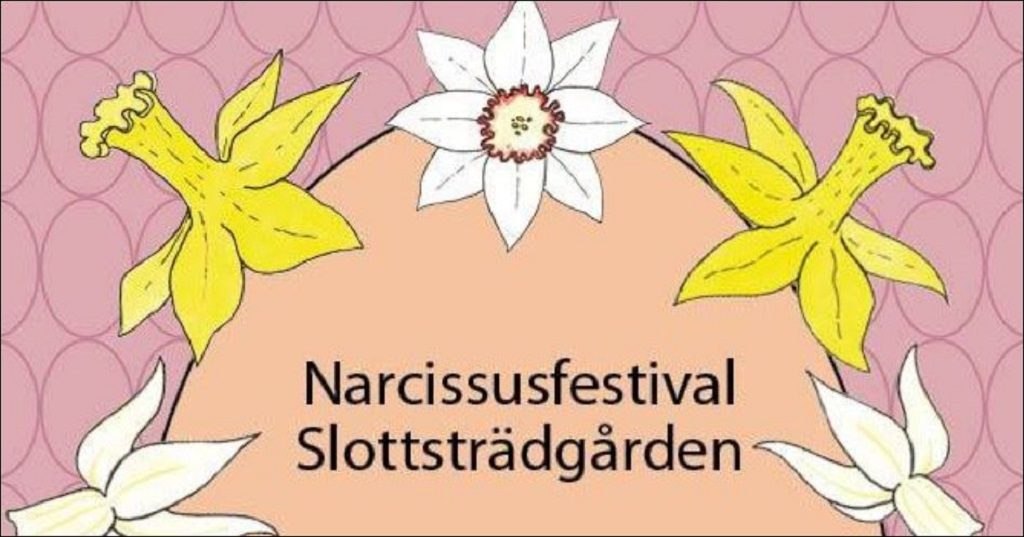 Elsewhere, Malmö Castle, the oldest preserved renaissance fortress in the northern countries, now functions as southern Sweden’s largest museum, and is well worth a visit for its natural history and environmental exhibits. Also nearby, is the dainty Slottsmöllan, a historical mill and adjacent miller’s house. Both buildings have been preserved to show the living and working conditions of a 19th century miller’s family from the 19th century. 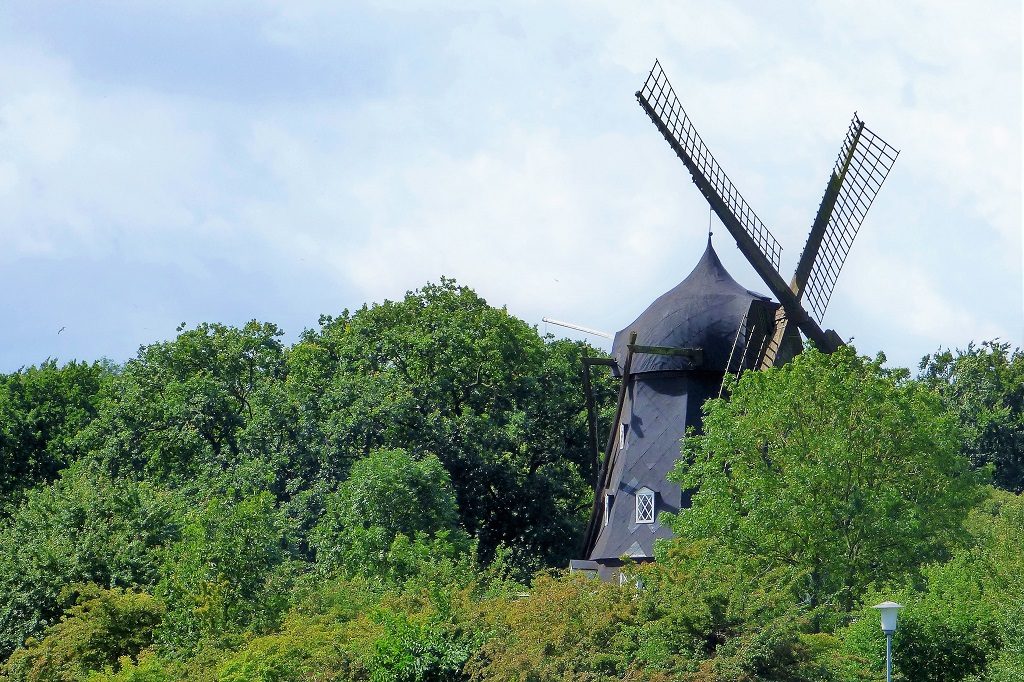 Undoubtedly, all this exploration of gardens, museums and mills will leave you a little peckish, so its just as well that you can tuck into some wholesome, organic fodder pretty much on the spot, at the Slottsträdgårdens Kafé.

You can’t miss the café if you’re visiting the gardens between April and October – it sits right in the middle of the plot, and you’ll be aware of babbling voices and bicycles and shimmying waiters and from across the other side of the canal. The kitchen hut where the food is prepared must be a tardis, as the quantity of dishes flowing outwards seems to exceed its capacity, and admittedly, while I was there, the queue extended quite a way outside the doors. The message here is – it gets busy. 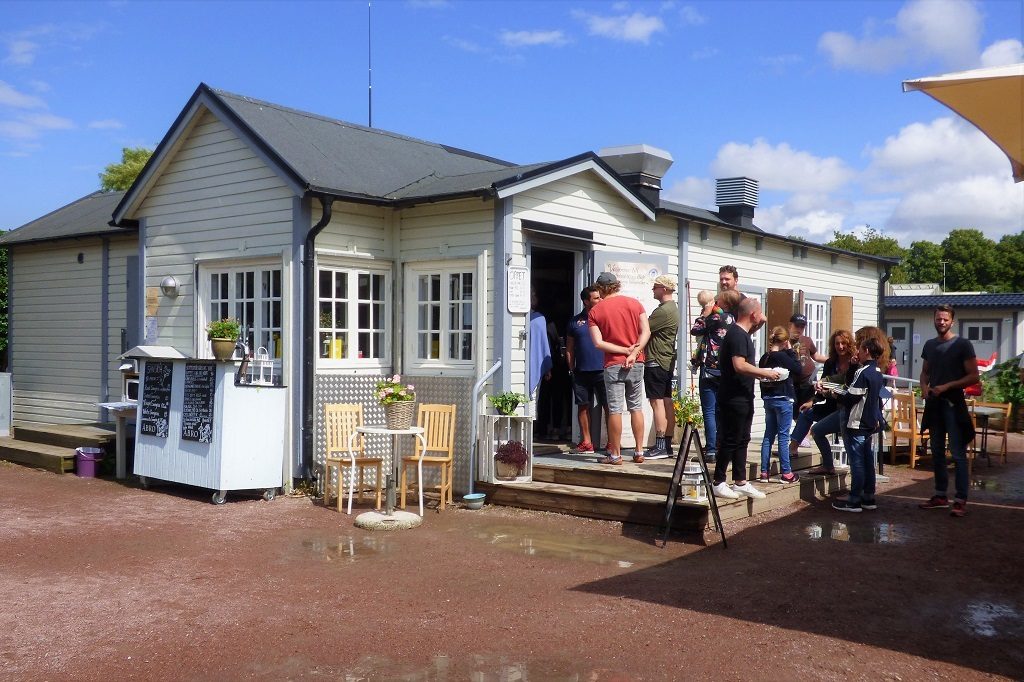 But it’s worth the wait, just for the unique environment and happy vibe. It’s a simple menu here, with a few staple meals such as soup, spaghetti Bolognese, burgers, a smorgasbord and a selection of salads. There’s a more extensive bakery choice, with croissants, chocolate truffles, mini macarons and the star of the show, their renowned brownie. And despite this being a modest set-up they’ve managed to include a couple of options for those with dietary restrictions, with their flapjacks and ‘rawfoodbolls’ being both gluten and lactose-free.

There are two main dining areas, the main open concourse just outside the kitchen hut, and a covered greenhouse area but whichever you choose, it’s a perfect spot for a summertime lunch of home-grown produce in a wonderful garden setting.

The Castle Garden & Café oasis is sometimes referred to as ‘a tranquil space in the heart of the city’ and while this is true enough I think that’s underselling it a bit. I visited in early September, a time of transition between seasons, where each day brings subtle, barely perceptible changes. The bees were still out and about, determinedly sticking to their work. As I watched them going about their business and the ramblers, cyclists and diners going about theirs, I realised that the very simplicity of Slottsträdgården’s set-up is what ultimately gives it its holistic, feel-good charm. 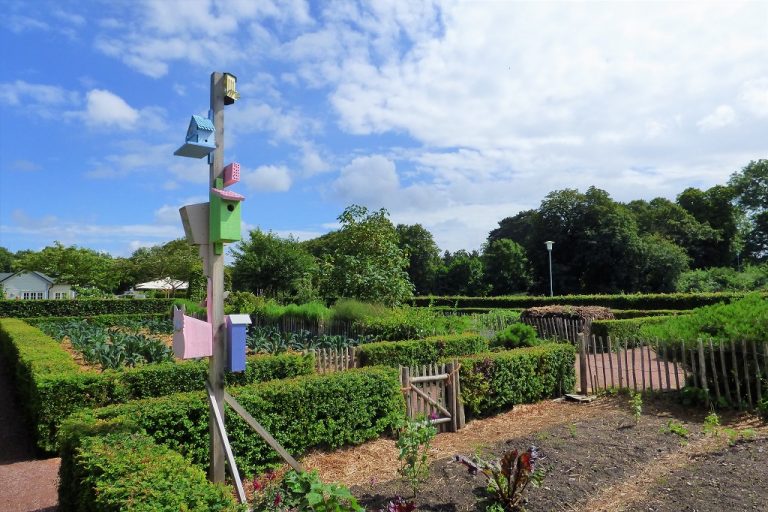 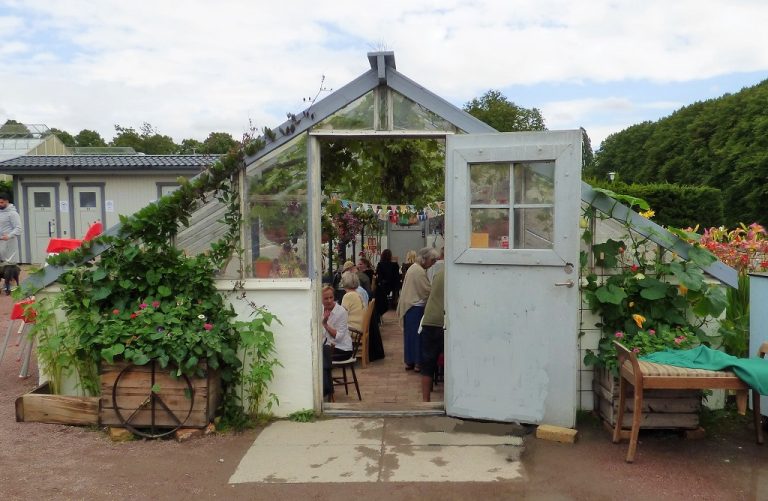 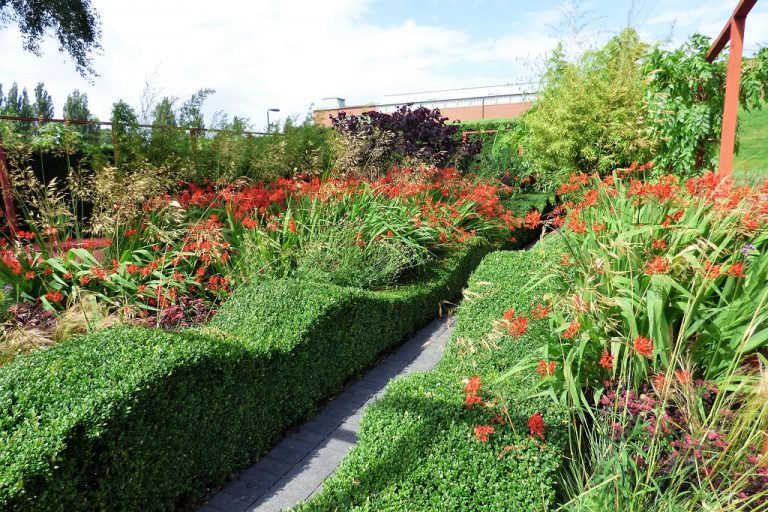 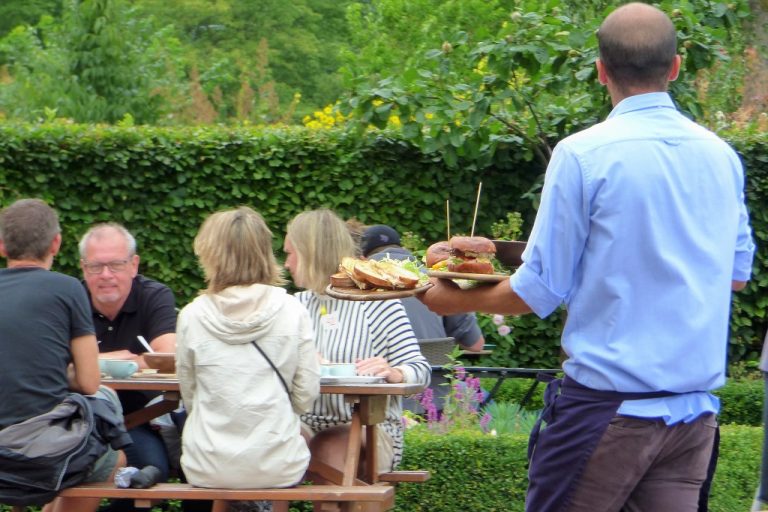