A brief tribute to Stephen Hawking 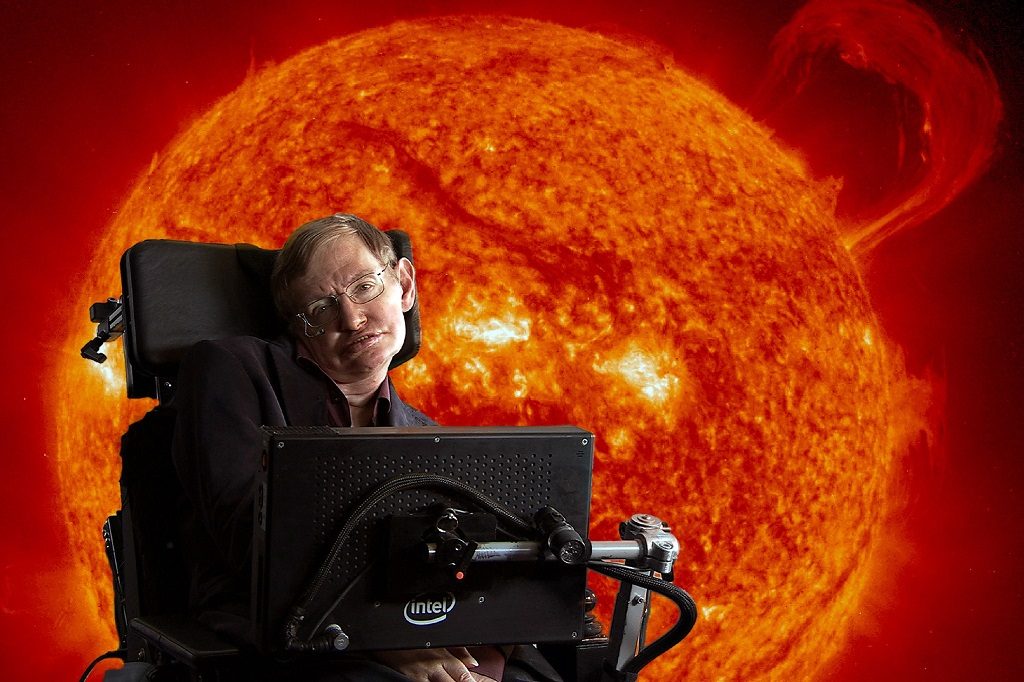 The accolades have been pouring in like cosmic matter streaming into a black hole.

British astronaut Tim Peake said Professor Stephen Hawking “inspired generations to look beyond our own blue planet and expand our understanding of the universe” and Sir Tim Berners-Lee, inventor of the World Wide Web, praised his “colossal mind and wonderful spirit”.

Professional Stephen Hawking was undoubtedly one of the greatest scientific thinkers ever seen in the UK, probably even globally. His was the brightest, most brilliant mind and his cognitive powers such that I could only dream of. Yet for me, that isn’t the main reason why I admired him. I admired him because I could see parts of myself in him. I could relate to him.

Before you turn your nose up at me and snigger, allow me to explain… 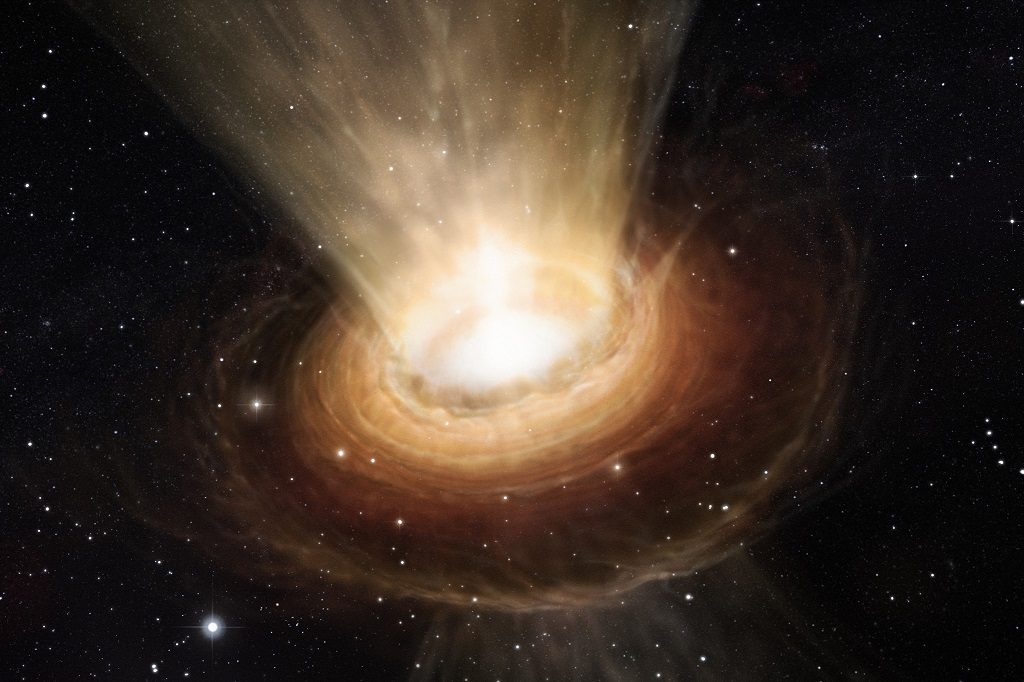 Now I’m no genius. Reasonably smart? Well, I like to think so. Talented? I have my strengths, for what they’re worth. But I’m as far from being a genius as the next nearest star from our Solar System is from us (that’ll be Proxima Centauri in case you want to know) and I’m hardly hobnobbing with the intelligentsia or academia’s alumni.

Nor can I claim any empathy with the trials he faced as a result of his illness – my paltry aches and pains can’t compare to what he endured through the years. So why did I feel that connection? 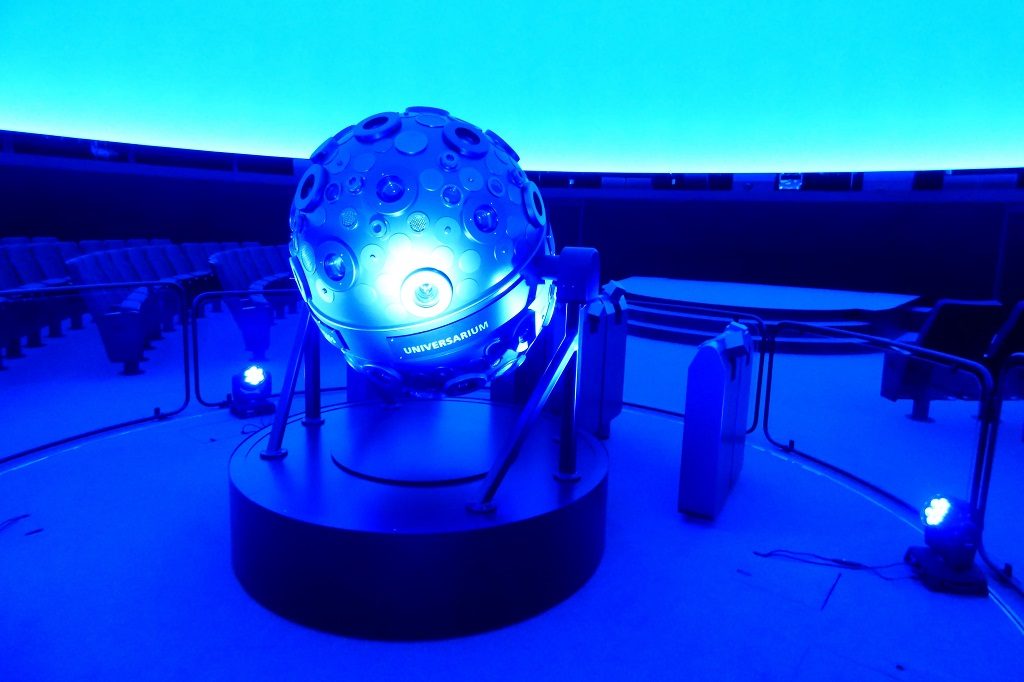 To begin with, it was his passion and curiosity.

Without these, he wouldn’t have achieved what he did. Whatever the natural intellect we are born with, if it isn’t applied and nurtured it will wither and waste away, much as his physical frame did as it succumbed to the paralysing ravages of motor-neurone disease (ALS).

I have to add, though, that I’m separating passion for a cause or subject from the so-called passion expressed by corporate businesses in their interminably samey mission statements or by hungry salesmen eager to convince you they will smash every target you set.

The kind of passion I’m talking about isn’t driven by greed for material wealth, outside of the fact that we all need to make a living. It’s driven by the desire to make a positive difference, to contribute in some way to the greater good. 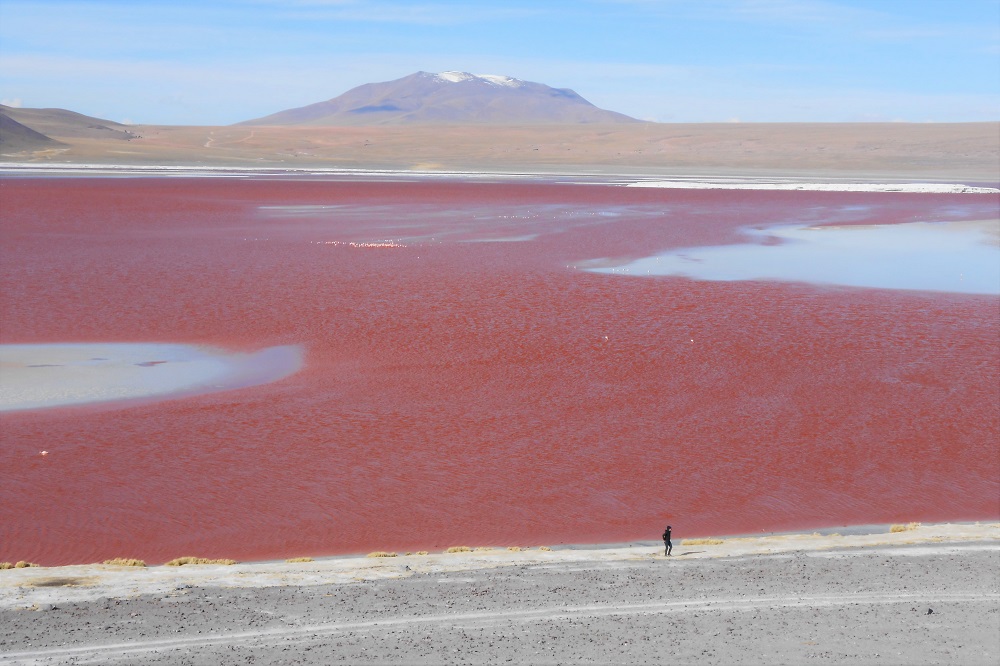 Mars or Bolivia…well, Bolivia, of course, but an other-worldly landscape nonetheless.

But even passion fades if you lose interest or motivation, which is why we often go wrong. We start our lives learning and growing, then somehow settle into an established routine and stagnate. We stop being curious.

I’m not suggesting we should all suddenly risk everything we’ve worked for and make rash decisions, but a little curiosity goes a long way in keeping us fired up. My thirst for knowledge is one of the reasons I travel and write about it, fuelled by passion and curiosity.

Stephen Hawking had these two qualities in spades – put them together and BANG.

Or if your chosen field is cosmology…..BIG BANG!

And if your chosen field is cosmology, there’s a whole lotta space out there to get curious and passionate about. 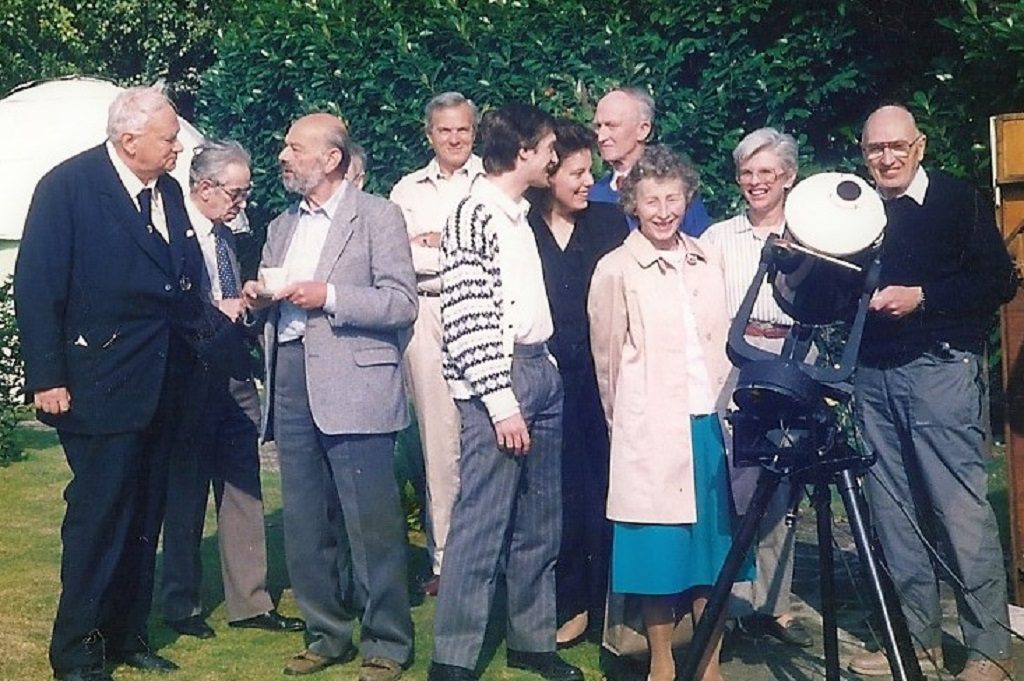 Earlier days as a member of the British Astronomical Association

That’s where the final affinity with Professor Hawking comes in. I’ve been fascinated by the universe for as long as I can remember, and I recall saving up my pocket money to buy my first astronomy book at the age of 11. For many reasons, some valid, others a bit flaky, I didn’t go on to study cosmology myself, and it’s my biggest regret. Even though I don’t believe in regrets. ?

I gained such a sense of hope when, on the same day his passing was announced, images from The Big Bang UK Young Scientists and Engineers Fair showed us that the next generation is already taking the next steps in furthering our understanding of nature and technology. 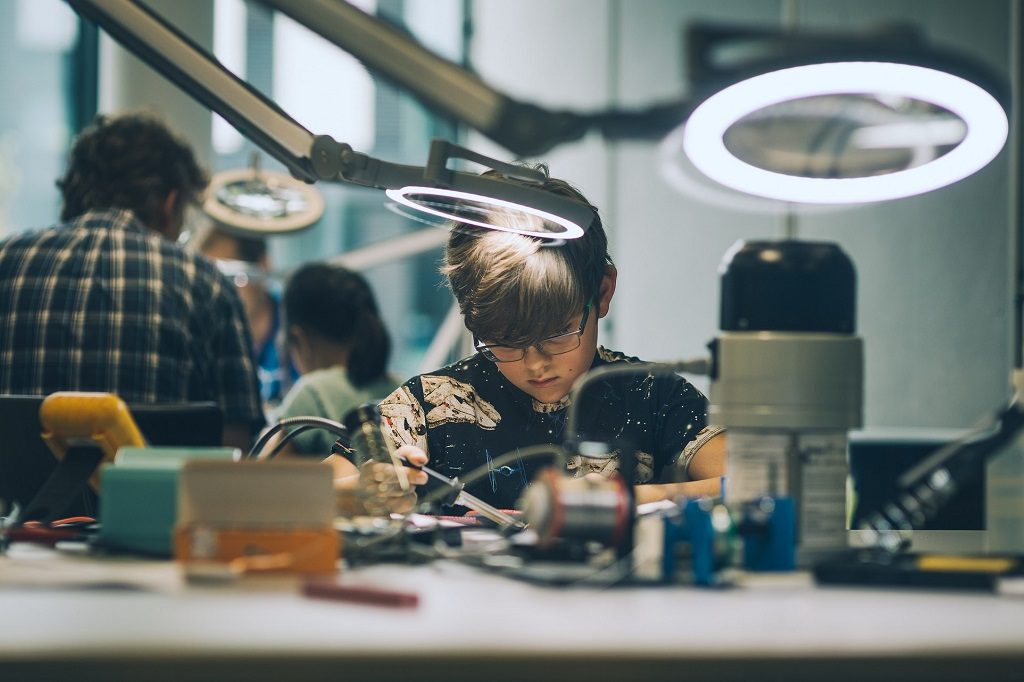 While I will never achieve even a smidgeon of what Hawking did (and many of these youngsters will), that’s OK, because I’ll always have that passion for learning, that curiosity about pretty much everything apart from the Kardashians, and that love of spacey & starry stuff. And I will keep doing my best to make a small difference somewhere along the way – even if it’s just going stargazing with my nephew. 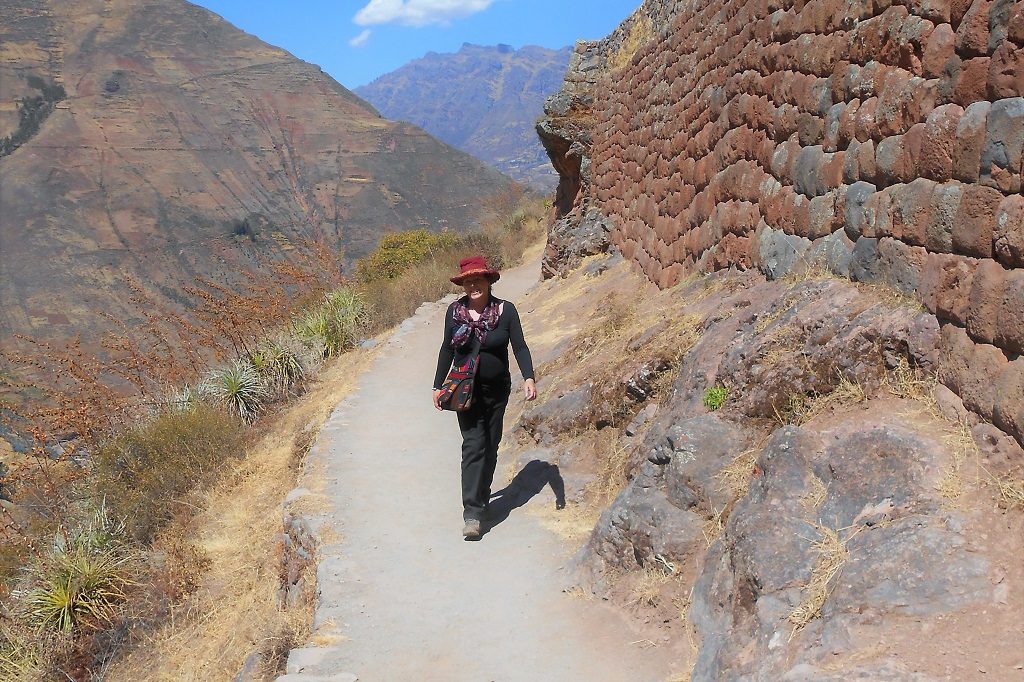 Sacred Valley, Peru – the spirit of exploration is alive and well in the Travel Continuum.

Whatever Stephen Hawking’s personal flaws – and I’m sure, like the rest of us, he had several – there aren’t many people who set the example he did, for his perseverance, wisdom, wit and eternal quest for knowledge. His body may have been constrained, but his mind soared to infinity and he epitomized the spirit of exploration that I hold so dear, better than anyone.

The sparkle in his eyes never faded and his legacy probably never will either. Thank you, Stephen. 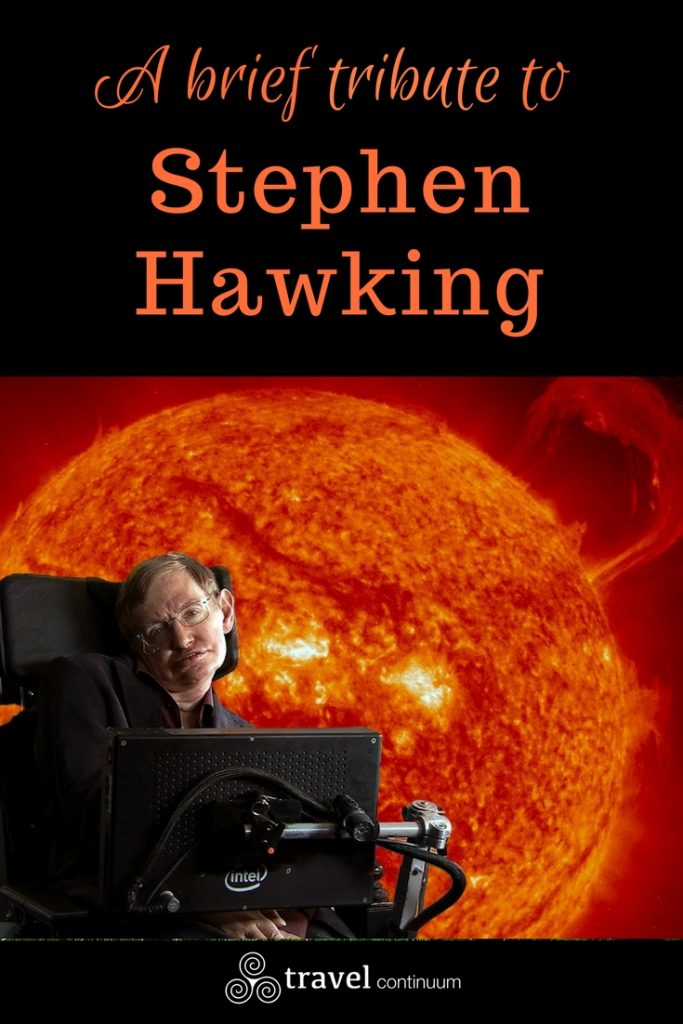