It’s in our nature to seek out patterns, to find symmetry and to group things in meaningful clusters. Cultures through the ages have found significance in doing so, with fables and rituals often the result. Even if we don’t consider ourselves to be superstitious, some of us will still, for example, have a ‘lucky’ number. Ask anybody what that number is and there’s a good chance they’ll answer ‘7’.

Think about it. We often group things in sevens – you have the Seven Wonders of the World, for starters. Then there are days of the week and continents. Shakespeare referred to the Seven Ages of Man. In stories we have Snow White and the Seven Dwarves, Seven Brides for Seven Brothers and…well….Ian Fleming didn’t create a spy known as 006 or 008, did he?

Even nature is in on it, with the seven colours of the rainbow.  I’ve picked out a few places around the world (guess how many) which nature has bestowed with the charms of the eternally appealing number 7. 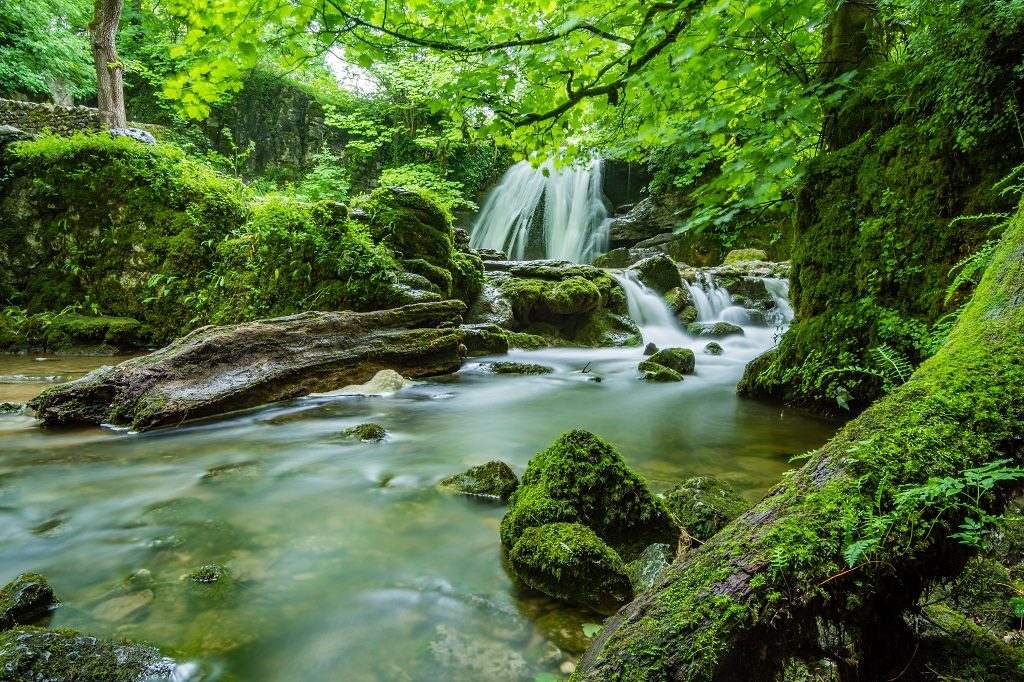 Along the majestic Nordic coast of Helgeland, just south of the Arctic Circle, lie seven towering mountain peaks, ready to welcome passing ships and challenge hardy hikers. Formed during the last Ice Age as glaciers wore down the softer rocks, the seven sisters of Helgeland average around 1000m high. Legend has it that they were the daughters of a strict father, escaping from his control one night before being chased by potential suitors and eventually being turned to stone. The magic remains to this day, in the form of these seven beautiful peaks. If you’re fit enough, it takes 13hrs over 27km to hike the range and the nearest port for accessing them is Sandenessjøen, serviced by Hurtigruten. 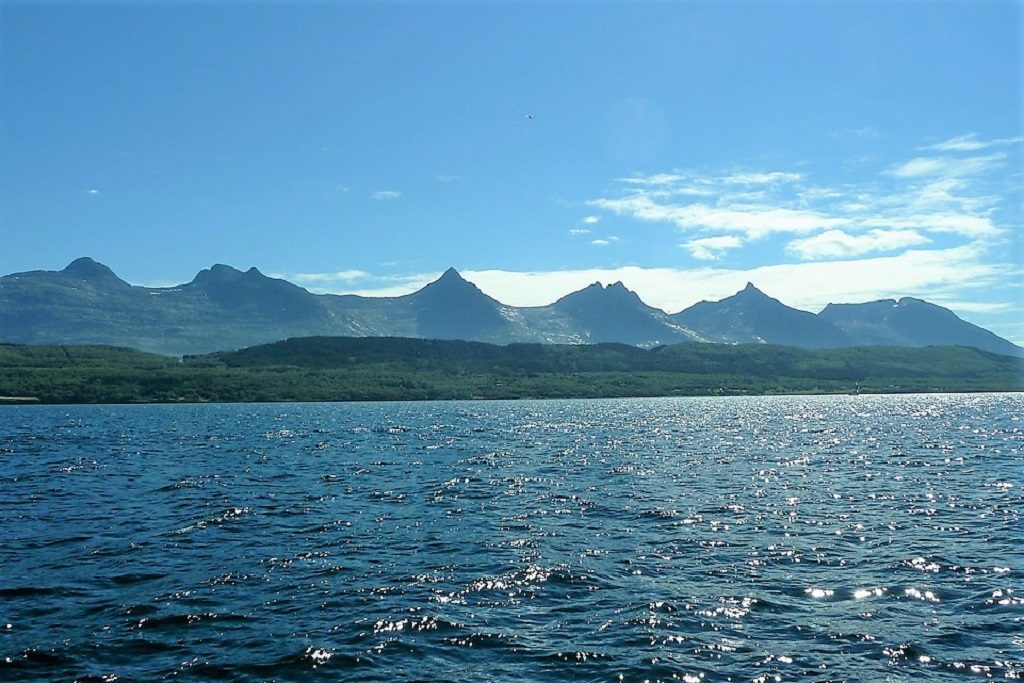 ♥ See also: From fishermen to fine art – a walk around Old Stavanger in Norway

The exotic island nation of Mauritius in the Indian Ocean, with its lagoons, beaches and rugged interior needs no help in attracting visitors, but one unusual little patch of sand dunes, known unofficially as the ‘Seven Coloured Earths’, has recently been capturing the curiosity of tourists. On the Chamarel plain in the south-west, volcanic rock has gradually broken down into clay then, through further chemical processes, into the multi-coloured sand dunes which form this geological attraction. The different colours are believed to be due to volcanic rock cooling at many different temperatures, but so far nobody has been able to say for sure why those colours remain separately striated and don’t just blend together. 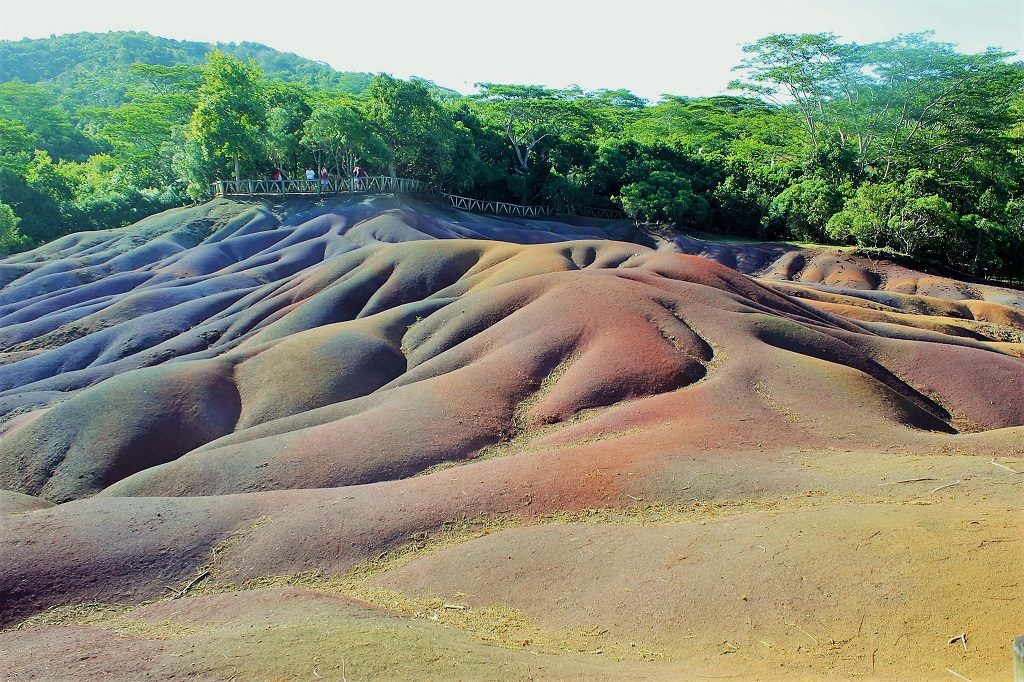 At altitudes of over 2000m, the Seven Lakes of Rila, in rugged north-western Bulgaria, are one of the most popular adventure destinations in the country and at just 1.5hrs from the capital Sofia, are easily accessible. Set one above another in zig-zagging formation, the shimmering glacial lakes are linked by a series of small streams, dotted with little cascades and are ridiculously pretty. Each lake is named after its key attribute, for example, the Eye, the Kidney and the Twin. The lakes also have a special significance to followers of the new-age spiritual path of Danovism (after the Bulgarian mystic Peter Deunov), with thousands of devotees gathering annually for a sun-worshipping dance. Whatever your purpose for visiting, the landscape is breath-taking. There are several hiking options, plus a chairlift, to account for different fitness levels. 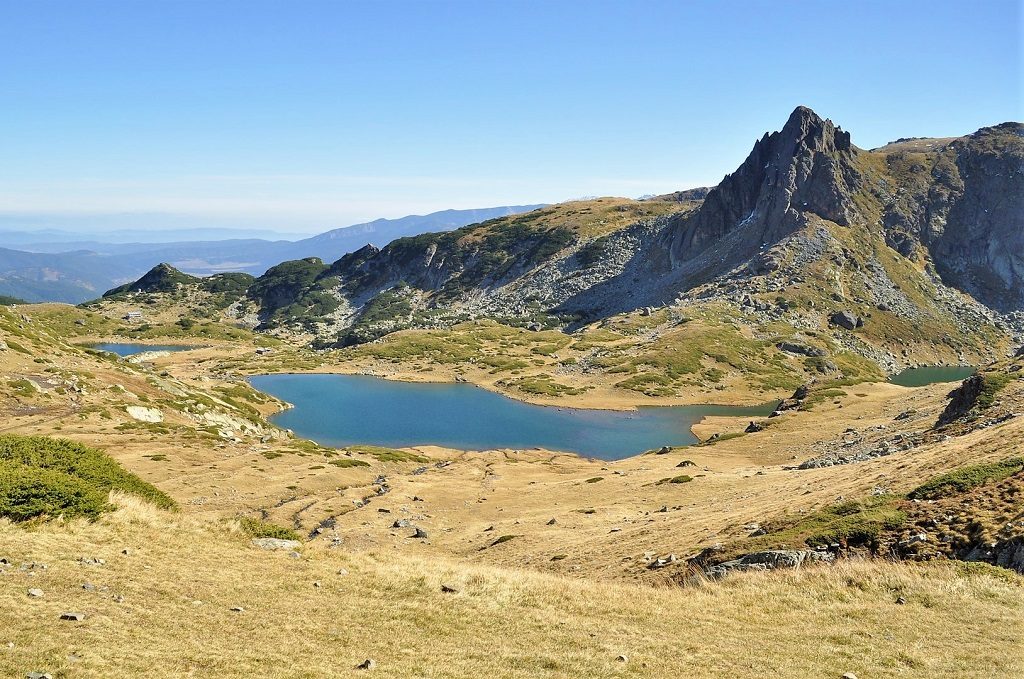 The Seven Sisters’ chalky facade, situated near Eastbourne in the south of England, provides one of the classic vistas of the English coast, seen on many a postcard. Often confused with the White Cliffs of Dover, the cliffs are part of the South Downs National Park and are being allowed to weather naturally and retain their chalky white façade. One of the by-products of this erosion is that an eighth hill is gradually being formed, a new baby sister for the family! The cliffs are best appreciated from Seaford Head to the west, which nudges out to sea slightly, giving you a better viewing angle. 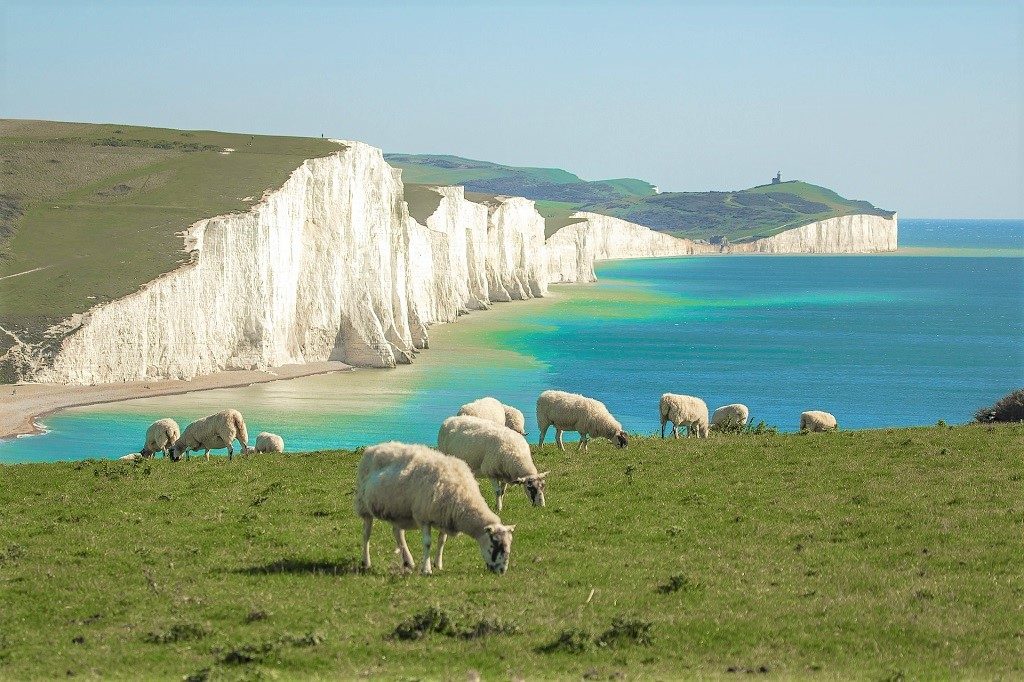 Head south-east from Cusco (in the opposite direction to Machu Picchu) and you’ll come across another of Peru’s many natural treasures – Vinicunca, aka Rainbow Mountain.  At 5,200m altitude, Vinicunca’s streaks of maroon and soft powder blue mineral deposits, with finer stripes of peach, chocolate and pale mossy green over a granite and sandstone base, make a glorious impact in the right weather conditions. A day trip is the way to go, but tour quality varies, so do your research to ensure your operator is reputable and puts safety first, as the trail can be treacherous in poor weather, even if you’re reasonably fit (which you need to be). 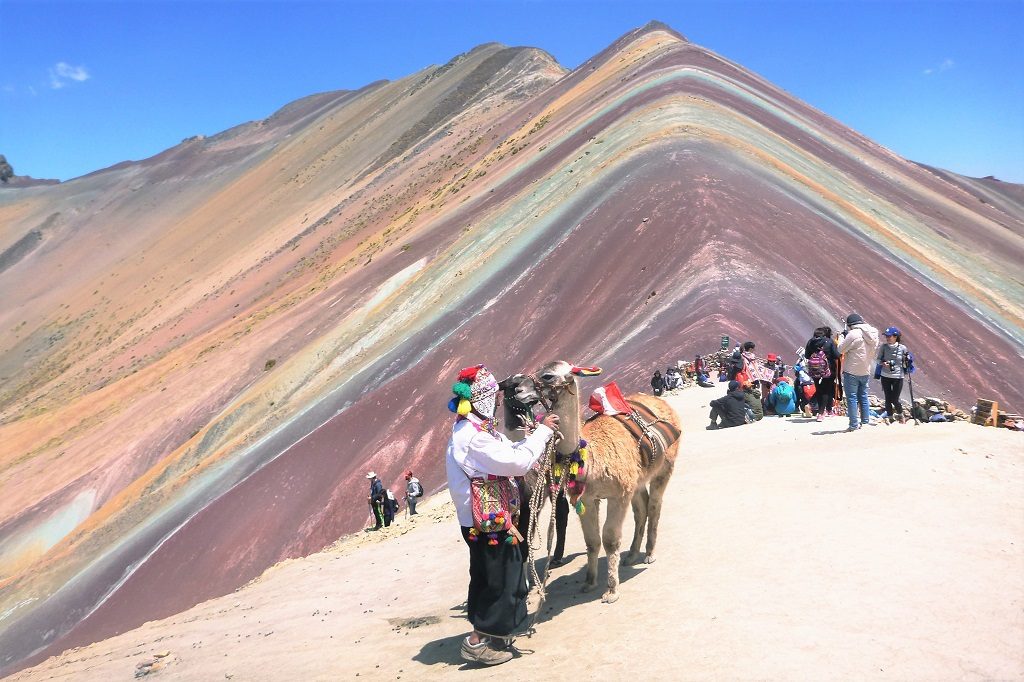 ♥ See also: Before the Incas – Chan Chan and the Chimú Kingdom of Peru

Located along the coastal ‘slice’ of Croatia between Zadar and Split, Krka National Park is popular for its riverside and woodland habitat and is dotted with old mills, wooden bridges and Roman ruins. But it’s the Seven Waterfalls along a 16km stretch of river which especially attract visitors.

The waterfalls each have their own characteristic features. The seventh, Skradinski Buk, with its wide expanse of flowing cascades and wooden walkway, opens out into a shallow stretch, where visitors paddle and splash about. The whole region is an incredibly picturesque example of karst topography, which is commonplace in this part of Europe. 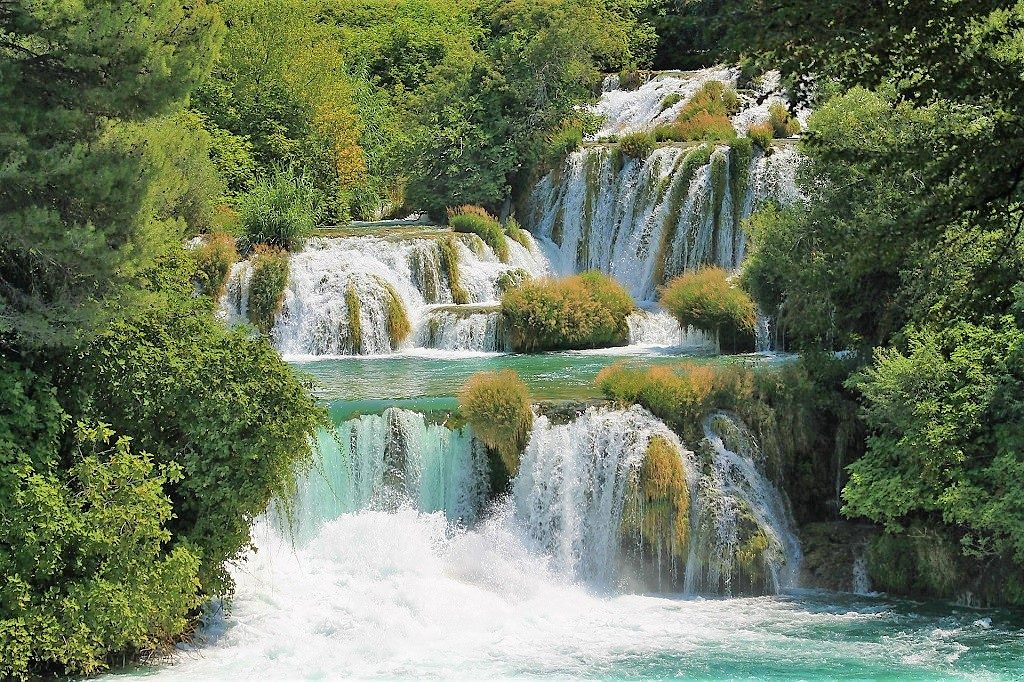 An unearthly family of siblings this time. This bluish-white cluster of twinkling stars often grabs our attention during a clear night, especially during the autumn and winter months. Huddled together in the constellation of Taurus the Bull, there are many more than 7 stars and if you give your eyes time to adapt (and you’re far enough away from light pollution) you’ll probably make out between 10 to 12.

The eternal mystery is why they are referred to as the seven sisters – because there are only five really prominent stars (to my eye, anyway). One suggestion is that one of the stars may fluctuate in brightness over time and may have been more noticeable in the past. In Greek mythology the Pleiads were the 7 daughters of Atlas, so perhaps this stellar group fitted the legend closely enough!

The bad news is they’re not a destination as such – you can’t get close to them as they’re 430 light years away (1 light year = approx. 6 million million miles). The good news is, they’re visible from almost every inhabited place on Earth, so all you need is an unobstructed view and a dark sky. 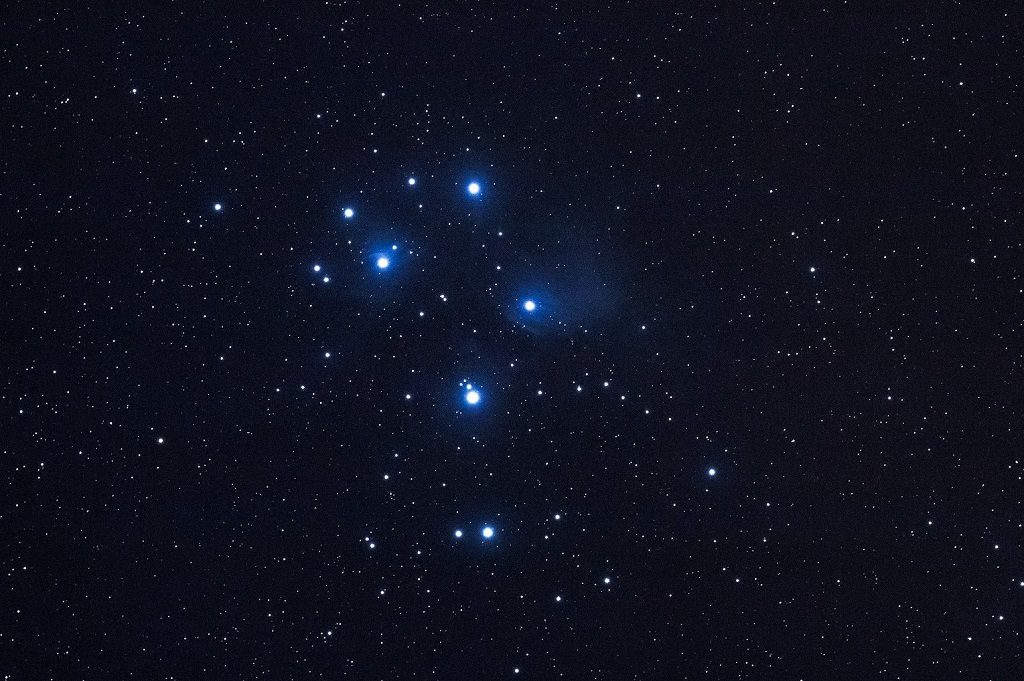 ♥ See also: 7 unusual holiday ideas – how to bring stargazing to your travel plans

What’s your lucky number and is there a favourite place in the world that features it? 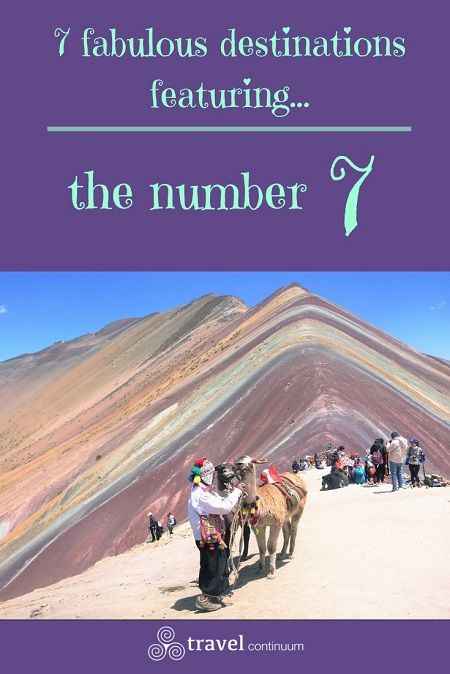